Watch out for price anchoring 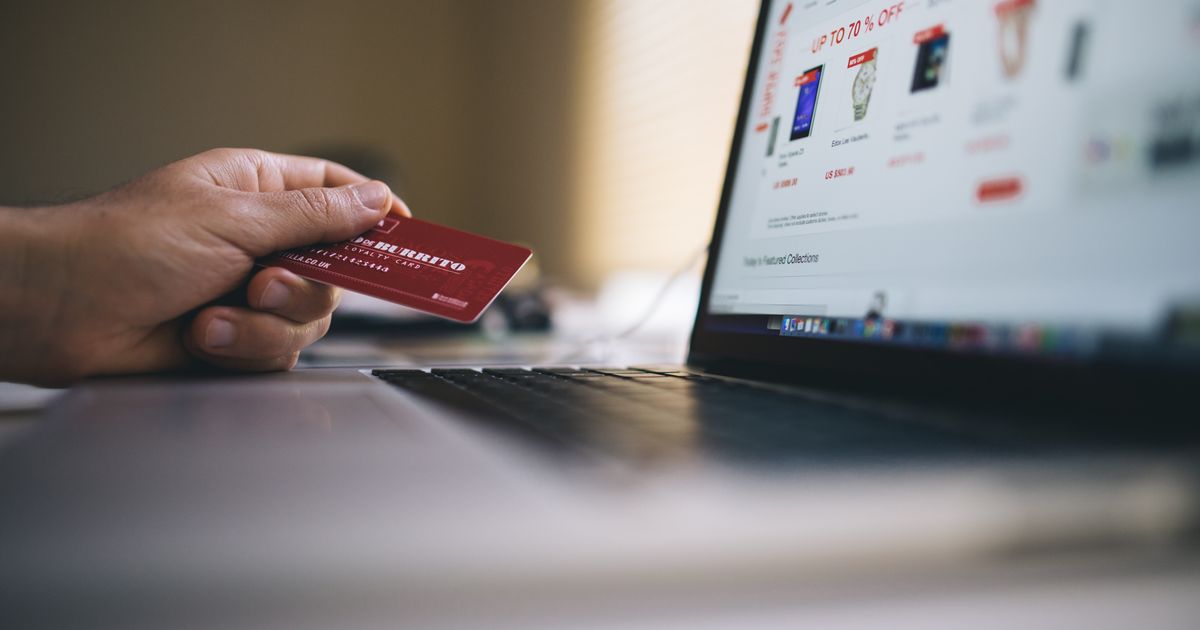 When you see a great deal online, your impulse is likely to add it to your cart and head to checkout. After all, those savings won’t last forever â and you don’t want the product to go out of stock before you had a chance to buy it at a low price. You need to get the goods while they’re hot.

But the savings you see on your screen might not be savings at all. Retailers like Macy’s, JCPenney, Kohl’s, and others have long been using inflated or outdated listing prices on their product pages to make price reductions appear more significant than they actually are. If you don’t cross-reference prices between retailers or check suggested pricing with the manufacturer, you could end up spending the same amount of money as you would if there were no sale at all.

But that deal wasn’t much of a bargain. On that same day in December, the same Cuisinart toaster oven was listed on Cuisinart’s direct website for $199.95 â and it wasn’t marked as a discount. Macy’s sale price was just the manufacturer’s regular price.

Macy’s did not respond to multiple requests for comment in early December regarding their pricing practices. In mid-December, the Cuisinart Toaster Oven listing was briefly listed as “unavailable”; as of Jan. 7, it was available at the $249.99 price point.

Of course, Macy’s has every right to sell a product at whatever price they like, and it’s not unheard of for people to shop with their preferred retailer, even if it means paying more than they would elsewhere. But those higher prices make sales look better than they actually are.

Why does this matter? If you get duped by a misleading sale, you could jump to buy an item when you might not otherwise in order to take advantage of that temporarily lowered price. If you rushed to buy the toaster oven from Macy’s in December when it was on sale for $199.99, you might think you scored an amazing deal, but you actually paid five cents more than the manufacturer’s suggested retail price (MSRP) â and you operated with a sense of urgency that didn’t really exist.

And if you buy the toaster oven from Macy’s for $249.99, you’ll get an even worse deal. You’ll pay $50 more than you would on the Cuisinart site â despite the fact that, on the Macy’s website, $249.99 appears to be the list price.

Just how widespread is this?

Macy’s is far from the only retailer pricing items this way. Here are a few other examples.

On the JCPenney website, the Keurig K-Mini coffee maker is listed on sale for $99.99, down from a “suggested price” of $130. Hop over to the Keurig direct site, though, and you’ll find that $99.99 isn’t a sale price at all. It’s the list price.

When contacted about their pricing practices, a representative from JCPenney sent the following statement:

JCPenney is committed to maintaining integrity in our pricing and we establish original price based on a number of factors, conducting regular pricing analysis within the marketplace. As part of our promotional strategy, we offer an item to customers at an original price before putting the item on sale after a reasonable amount of time. Our intent is always that our original price for an item is a legitimate price that is offered for sale honestly and in good faith.Â

A Kohl’s representative, when asked for comment via email about their pricing practices, said this:

“The prices that you are referring to on these vendorsâ websites appear to be the vendorsâ sale prices versus their regular retail prices.Â When determining pricing,Â our teamsÂ consider a number of factors, including the regular prices of Kohlâs competitors for similar merchandise.Â In regard to the specific products you mentioned, we are confident that our pricing remains appropriate and consistent with othersâ comparison pricing.”

It’s true that these two items are priced competitively against other retailers. The issue, however, is not really with other retailers: It’s with the way Kohl’s frames the discount.

A NutriBullet representative confirmed the discrepancy, telling Mashable that the NutriBullet Pro 900’s list price was initially “a little bit higher” ($99.99) when the product was first sold in 2014, but has been adjusted since then. It would be most honest, then, for retailers to advertise discounts against NutriBullet’s current price, which is $89.99. But clearly that’s not always happening.

These are just a few examples from online retailers, but there are more, and you don’t have to look hard to find them.Â

How long has this been happening?

This isn’t a new phenomenon. Some of the same retailers mentioned above, including Macy’s, Kohl’s, and JCPenney, were even hit with a lawsuit in 2015 concerning deceptive sale prices.

Time reported specifically on JCPenney’s use of price anchoring â setting higher (and usually unreasonable) list prices to make sales and coupons appear more tantalizing â more than six years ago. According to a court docket obtained by Mashable, the case was eventually resolved by consensual agreement of the parties involved following mediation, but not until February of 2019. (No other information is openly available regarding the agreement or settlement.)

“The advertiser should be especially careful, however, in such a case, that the [list] price is one at which the product was openly and actively offered for sale, for a reasonably substantial period of time, in the recent, regular course of [their] business, honestly and in good faith â and, of course, not for the purpose of establishing a fictitious higher price on which a deceptive comparison might be based.”Â

In other words: Buyers should have been able to actually buy the item at the regular list price at some point, and the list price should not be padded to make a discount appear larger than it actually is. It’s unclear whether using an old list price violates these guidelines outright, but it’s certainly not the most honest way to go about pricing.

How to avoid getting duped

Being a smart bargain shopper means knowing how to find a good deal, but it also means making sure that the numbers you’re seeing are rooted in reality. Here are a few ways to check whether a deal is as good as it seems.

The bottom line: Stay skeptical of online sale prices and what retailers are selling you. Deals aren’t always what they seem.