W.A.S.P. vs. Iron Maiden: What Doesn’t Kill You 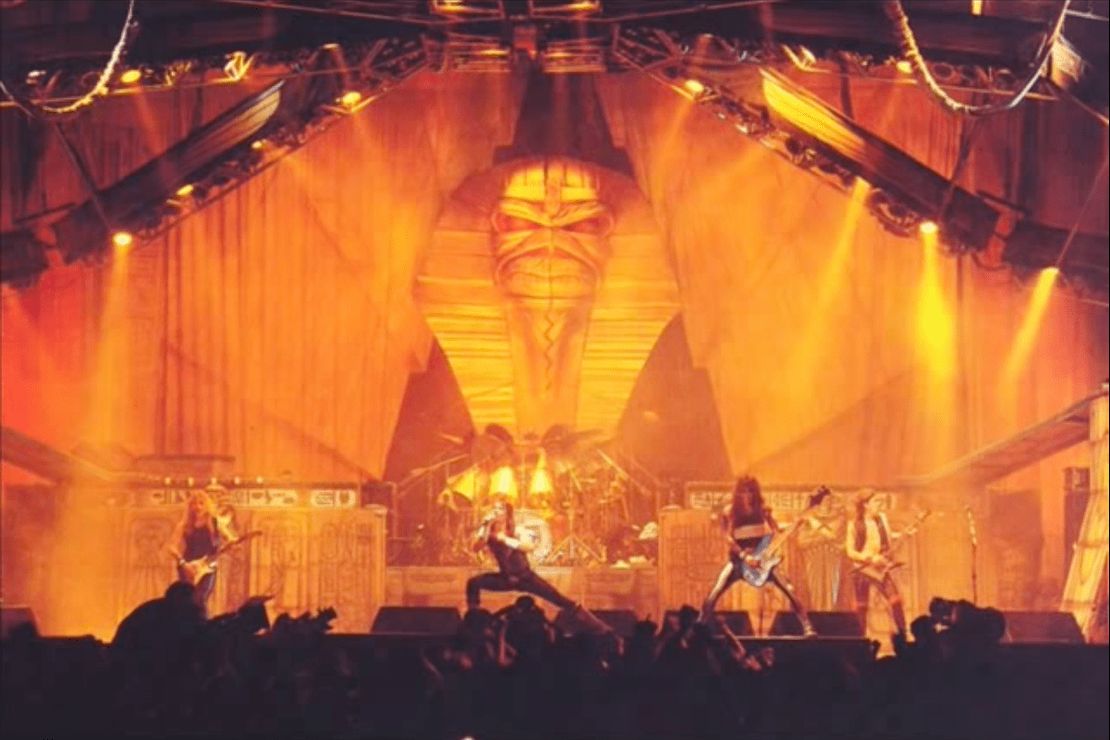 In my previous submission, “Did Van Halen Upstage Black Sabbath on Their 1978 Tour? Yes.” I proffered analysis of the famous 1978 tour that featured upstart wunderkinds Van Halen and the Dark Princes of Heavy Metal. It was an opportunity to explore the challenges faced by bands that open shows for rock institutions. Many who attended shows on Sabbath’s Never Say Die tour–their final tour with Ozzy Osborne until 1997’s Ozzfest Tour and a subsequent 1999 Reunion Tour–were convinced that Halen seriously upstaged the Sabs on many of the tour shows.


Opening acts for huge bands face unique obstacles. To be sure, getting such supporting slots are big breaks, and can often put a group on the fast-track to becoming the headliners of large venues in their own right. That was certainly the case for Halen. But tour contracts for bands opening for even the most professionally secure mega-groups often stipulate limitations in mid-to-arena sized houses: less volume, reduced stage real estate, minimal if any special effects, etc. Opening bands would never dare ask that all the brown M&Ms be removed from the bowl.

In the view of many who witnessed the Never Say Die shows on the heels of Van Halen’s first album release, Eddie, David Lee, Michael, and Alex routinely overcame such limitations and threw a gauntlet at the feet of a tired and drug-hindered Sabbath that was nearing the expiration date for its founding iteration. VH never looked back. Except for festivals at which many mega-groups may appear, they never “opened” a show after that tour.

For W.A.S.P., which opened for Iron Maiden on some legs of the British band’s tour in support of the 1984 album Powerslave, the long way to the top of the rockpile didn’t always go smoothly. On one night in a Spanish Colonial-style building then known as the San Jose Civic Auditorium, the up-and-coming SoCal shock-rockers were subjected to the opposite of acceptance and acclaim; they were very nearly driven from the stage by hard-drinking, rowdy Maiden fans who wanted no part of Blackie Lawless and company.


By the time of the release of Powerslave, Iron Maiden had become an institution comparable to Sabbath at the peak of its power. It was the third album to feature vocal firebrand Bruce Dickinson and kept secure Maiden’s solid position at the top of an early to mid-80s era replete with amazing hard rock and heavy metal.

Here’s an example of what W.A.S.P. was opening for that night in San Jose:

W.A.S.P had broken out of Los Angeles with a strong 1984 first album, W.A.S.P, featuring the heavy MTV rotation hit “I Wanna Be Somebody.” The band’s debut was one of the first records to be awarded the badge of honor that came with receiving a Parents Music Resource Center parental warning sticker.

For this concert-goer, herded through the doors of the Civic with my head-banger cousin after several hours standing against a concrete wall in unremitting heat, the show promised to be a fantastic double-bill. If you check my basement cassette vault to this very day, you’ll find both aforementioned recordings.

My hopes for enjoying a great dual-threat night with my metal brethren were dashed immediately upon the moment W.A.S.P. hit the stage. It wasn’t a loud “Boo” that greeted their arrival. It was an angry roar of rejection. The W.A.S.P. predicament was worsened by the fact that due to California’s long summer dusks, 8 p.m. daylight poured in from the glass front doors, casting a polluted, buzz-killing pall of illumination over the performance.

The roar of rejection raged through the first number and heightened during the break between songs. Lawless wisely signaled a quick-start for the second song, but W.A.S.P. was not winning over the Maiden-obsessed fans. They were infuriating them. Thankfully, everyone had been searched at the door, so there was nothing to throw but epithets and crumpled beer cups. Some in the resistant crowd proved willing to waste full 24-ounce, $2 cups of Budweiser to express their antipathy.  During the solo on “Hellion,” such a brimming cup of beer was lofted stageward, just missing guitarist Chris Holmes, who pivoted in time to avoid a dead-center hit on his guitar.


Projectiles continued to rain as night fell, and though I loved Iron Maiden I remember thinking, this is not right. Imagine the scene in the clip below only in a room filled not with appreciation, but with scorn and aggression. (Warning: open-backed chaps which cannot be unseen visible in this clip.)

It got worse. Down front, the “Up the Irons” inebriates started spitting. By the end of “The Torture Never Stops,” Lawless’ dyed-black, funeral-gray-streaked hair was besotted with dripping lumps of spit. We’re not talking about phlegm-free expectorations here.

Through it all, W.A.S.P. ground through their set, and I remember feeling an appalled admiration. They didn’t flinch, though many in the audience meant them harm. They had undergone a reactionary trial by fire that would steel them until the day when they would command their own stage, and top the venue marquee. That day did come: W.A.S.P. would go on to sell over 12 million albums.

They never reached the heights of Iron Maiden however, a heavy metal Beatles/Stones-level group, who took the stage around 10 p.m. all those years ago—with skeletal mascot Eddie the Head–and delivered what their antagonized and bellicose fans wanted.

I’m tempted here to omit the proverbial, “That which doesn’t kill you makes you stronger.”

But yeah, it is one of the truisms of the ages.

Mark Ellis is Associate Editor at the Northwest Connection, Portland, Oregon’s  only conservative web/print publication. He is the author of A Death on the Horizon, a finalist in the 14th annual National Indie Excellence Awards in the category of General Fiction. Follow Mark on Twitter.

PrevPreviousEXCLUSIVE: Seattle’s homeless say the city is providing them drug paraphernalia instead of treatment and housing
NextHorowitz: Marco Rubio made the best point about this weekâs chaos. Now he should look in the mirror.Next