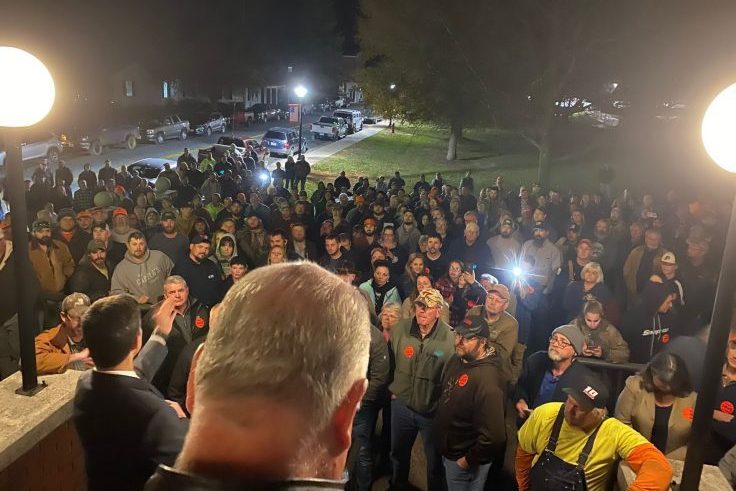 The head of the group pushing Virginia counties to refuse to enforce unconstitutional gun laws, declaring themselves “Second Amendment sanctuaries,” told the Washington Free Beacon he has seen an unprecedented groundswell of support that he expects to only grow.

“I’ve never seen anything like this, and I’ve been doing this for over 20 years,” he told the Free Beacon. “It’s a sleeping giant that had been pretty much not paying attention to politics, and now they’re awake, and now they’re flooding these sanctuary county hearings. Flooding them.”

Sparked by Democrats’ capture of the Virginia legislature three weeks ago, the sanctuary movement has already passed resolutions similar to VCDL’s model in nearly a quarter of the state’s counties. The movement could give newly elected Democrats from more moderate jurisdictions pause when considering new gun control bills—especially the confiscation plan supported by Governor Ralph Northam (D.). The sanctuary proposals could also set up a showdown between state and local officials if the former adopt new gun bans or a confiscation scheme.

Van Cleave said that his group would typically garner up to a hundred people at the General Assembly for past gun bills, but that nearly a thousand showed up to support the sanctuary proposal in rural Bedford County.

“It’s sending a huge message to the General Assembly that a lot of the state does not want more gun control, certainly none of the crap that they’re pushing that does nothing but affect law abiding citizens,” he said. “It doesn’t do anything for criminals.”

He said Democrats elected in counties that adopt the sanctuary resolution are “gonna be under some pressure,” and may be swayed by the effort.

“They’re gonna go ‘whoa, hey, if I vote for that bill you won’t have a Democrat delegate in this county for the next decade,'” Van Cleave said. “All we have to do is turn a few Democrats and these bills aren’t going to go anywhere.”

The resolutions may do more than just send a message to the new Democratic majority, however. They could also have a direct impact on local law enforcement.

“It’s more than symbolic,” Van Cleave said. “It can affect the employees of the county. So, you’ve got a county police force. If the employees are breaking this policy, they can be fired.”

Van Cleave said he expects a majority of the state’s counties to adopt a sanctuary policy in the coming months, and his group plans to target Virginia’s sheriffs and commonwealth attorneys as well.

“It’s part of a multiple prong approach,” he said. “A lot of sheriffs, and even chiefs of police, are going to be watching what localities do. Some of the sheriffs have said, ‘if my locality does this then I’m going to go along with it.’ Then, if we get commonwealth attorneys to say ‘I’m not prosecuting this stuff,’ well, that closes the loop at least in the county.”

Still, Van Cleave said the sanctuary movement is not the only way to prevent the passage of new gun control laws.

“It’s important people understand, just because your county becomes a sanctuary, you’re not done,” he said. “This is the very beginning. This is the first volley in a war. We’re making a hell of a volley, but the war will not be over even if every single county was a sanctuary.”

He said even if every county in the state adopted the sanctuary policy, it would remain important to block potential gun-control laws from passing through the state legislature. VCDL now plans to focus on activating its members who live in Democratic districts with the intention of trying to persuade Democratic lawmakers whom VCDL had not relied on when Republicans controlled the legislature.

“We have to make sure these bills don’t make it into law,” he said.