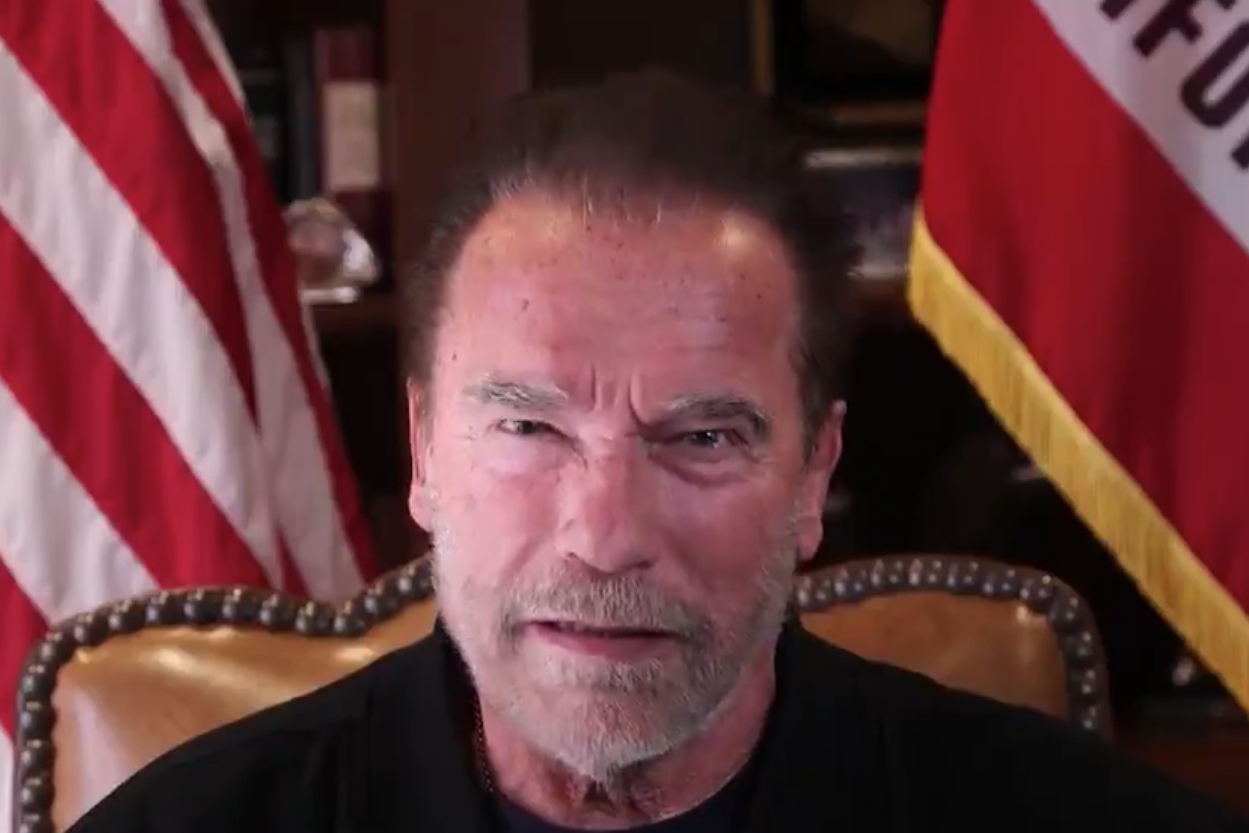 In the nearly eight-minute clip shared on Sunday, Schwarzenegger compared the pro-Trump mob who stormed the Capitol building last Wednesday to the Nazis of the 1930s.

“I grew up in Austria. I am very aware of Kristallnacht, or the Night of Broken Glass,” he said. “It was a night of rampage against the Jews carried out in 1938 by the Nazi equivalent of the Proud Boys.”

“They did not just break down the doors of the building that housed American democracy. They trampled the very principles on which our country was founded. I grew up in the ruins of a country that suffered the loss of its democracy,” he said.

“I was born in 1947, two years after the second World War. Growing up, I was surrounded by broken men drinking away their guilt over their participation in the most evil regime in history. Not all of them were rabid anti-Semites or Nazis, many just went along, step-by-step, down the road.”

Schwarzenegger also blamed President Donald Trump for the attack on the Capitol, saying he “sought a coup by misleading people with lies.”

“President Trump is a failed leader,” he said. “He will go down in history as the worst president ever.”

His remarks came days after crowds of Trump supporters flocked to the nation’s capital on Wednesday to demand President-elect Joe Biden‘s election win be overturned. Amid the protests, a violent mob unlawfully barged into the Capitol as lawmakers convened to certify the election results.

The rioters climbed and destroyed barricades surrounding the building and entered the premises, making it as far as the House Chambers. Five people died in the attack, including a police officer.

A slew of public figures quickly praised Schwarzenegger for his powerful statement.

Newsweek reached out to the Republican National Committee for comment. This story will be updated with any response.