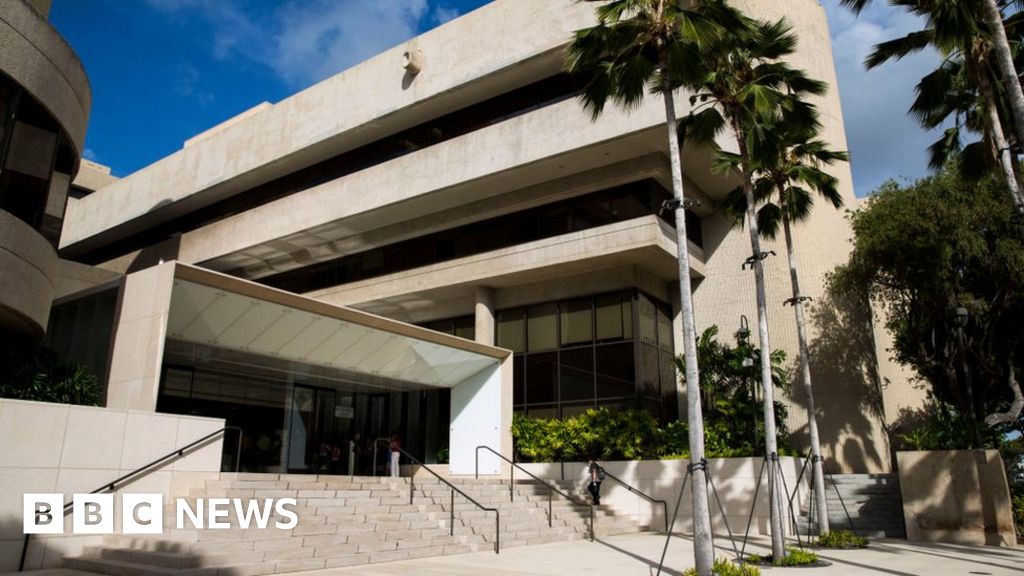 A Hawaii man accused of terrorising a family with threats and unsolicited deliveries to their home in Utah has appeared in court in Honolulu.

Prosecutors say Loren Okamura, 44, sent hundreds of people – from locksmiths to drug dealers to sex workers – to the family’s home over more than a year.

Mr Okamura will remain in detention until he is sent to Utah for a hearing.

Walt Gilmore, his wife, his children and grandchildren living with him were repeatedly targeted over 15 months at their home near Salt Lake City with threatening messages and online postings.

Some posts included requests for drugs and prostitutes. Others were for random deliveries or services such as plumbing, woodworking, tree trimming and towing.

In one case, a group of teenagers drove from Idaho to sell fishing gear to the unsuspected homeowner. In another case, a person with medical problems had been promised a ride to Portland and was upset to find out they had been hoaxed.

Mr Gilmore said his encounters with angry contractors, deliverymen, prostitutes and pimps were “scary”. Some visitors were told to come to the home to find lost pets, leaving Mr Gilmore and his neighbours to tell them they had been scammed.

Police estimate as many as 500 unwanted visitors have come to the home since August 2018, leading the homeowner to post a large sign outside warning guests “we are all victims of this scam” and asking visitors to contact police.

Mr Okamura was arrested by an FBI team in Hawaii on Friday. He faces charges of cyberstalking, making interstate threats and transporting people to engage in prostitution.

Prosecutors say he also sent Mr Gilmore’s daughter threatening texts and emails, including one in May telling her to “sleep with one eye open and keep looking over her shoulder.”

The email also said: “You should just kill yourself and do your family a favour.”

Police say the Gilmore family and Mr Okamura knew each other, although the motive behind the harassment is unclear.

He was identified as the prime suspect in January, but it took investigators until now to gather enough evidence because he was using encryption apps to contact the victims, Mr Huber said.

Mr Gilmore says he knows why his family was targeted, but does not want to discuss that until the trial, the Hawaii News TV station reports.