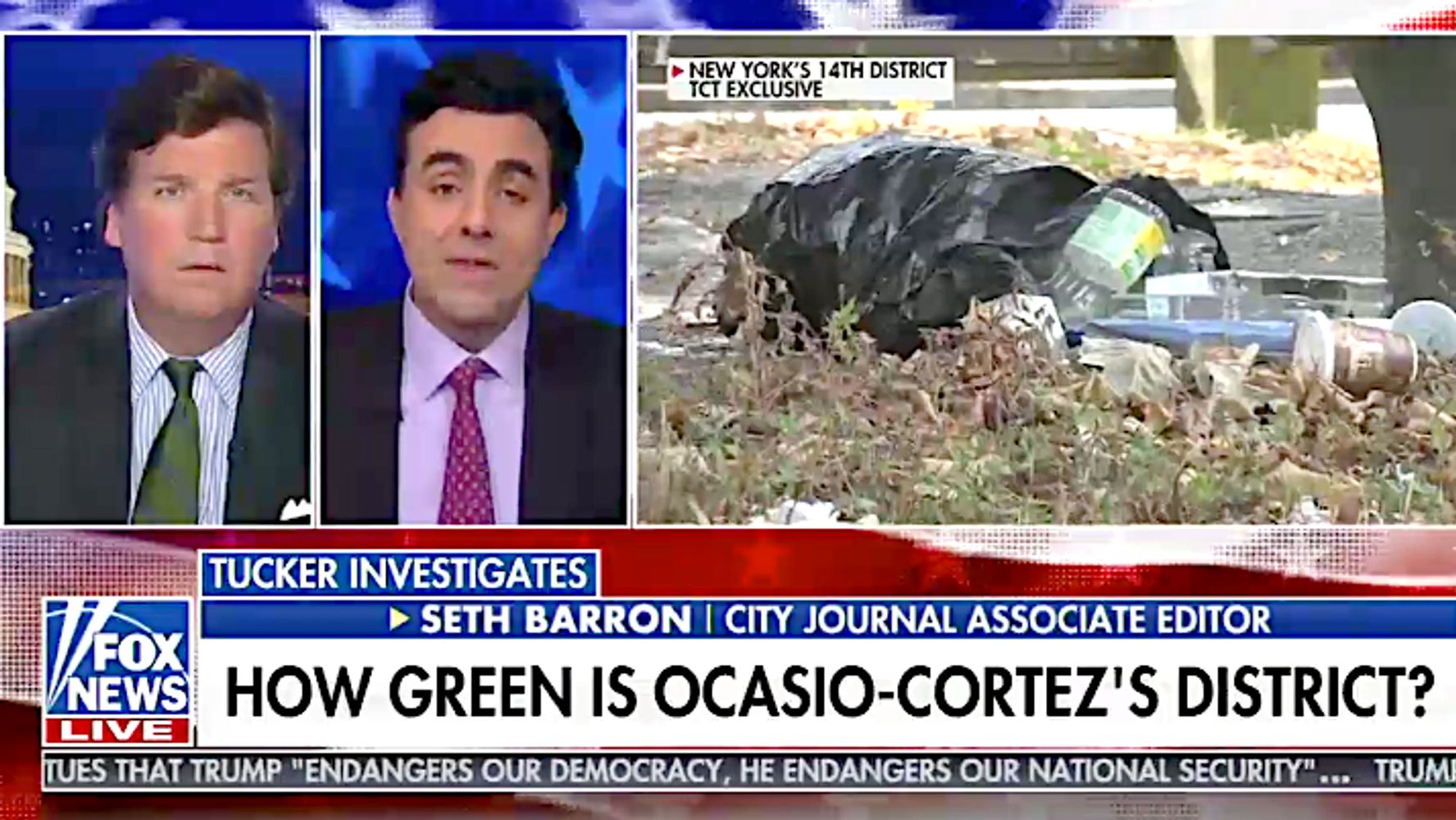 A Fox News guest smeared Rep. Alexandria Ocasio-Cortez’s (D-N.Y.) congressional district on Tuesday night, declaring that it was dirty because it was occupied by immigrants.

Seth Barron, an editor at the conservative City Journal, continued the anti-immigrant rhetoric that’s common on “Tucker Carlson Tonight” when he commented on a segment targeting Ocasio-Cortez for “neglecting her district.”

Carlson shared video shot by his camera crew of trash in the congresswoman’s district, then attacked her for supposed hypocrisy over her support for the environment and the Green New Deal.

“Well, part of the reason is because her district is actually one of the least American districts in the country,” Barron replied. “Now by that, I don’t mean that it’s not part of America, but it’s occupied by relatively few American citizens. A very high percentage of her district is, in fact, illegal aliens.”

Tucker Carlson guest says that @AOC‘s district is dirty and the reason it’s so dirty is bc it’s “one of the least American districts in the country … it is occupied by relatively few American citizens” pic.twitter.com/OOn6aiMt7L

According to Census Reporter, 46.2% of residents in New York’s 14th congressional district are foreign-born. It is unclear why Barron drew the conclusion that immigrants in the district were undocumented or not U.S. citizens.

Barron blamed the litter on immigrants, claiming that people were living in “illegal spaces” and “basements.”

“So they wind up producing a lot of garbage that the landlords don’t want thrown out normally,” he said. “So hence, you wind up with a lot of garbage on the streets. You have illegal food vendors pouring their pig grease into the gutters. I mean I worked out there, it can be a little gross.”

Last year, Carlson lost advertisers when he claimed that immigrants were making America “dirtier.” In November, he also argued that “crowding” a country was the fastest way to “despoil it, to pollute it, to make it a place you wouldn’t want to live.”