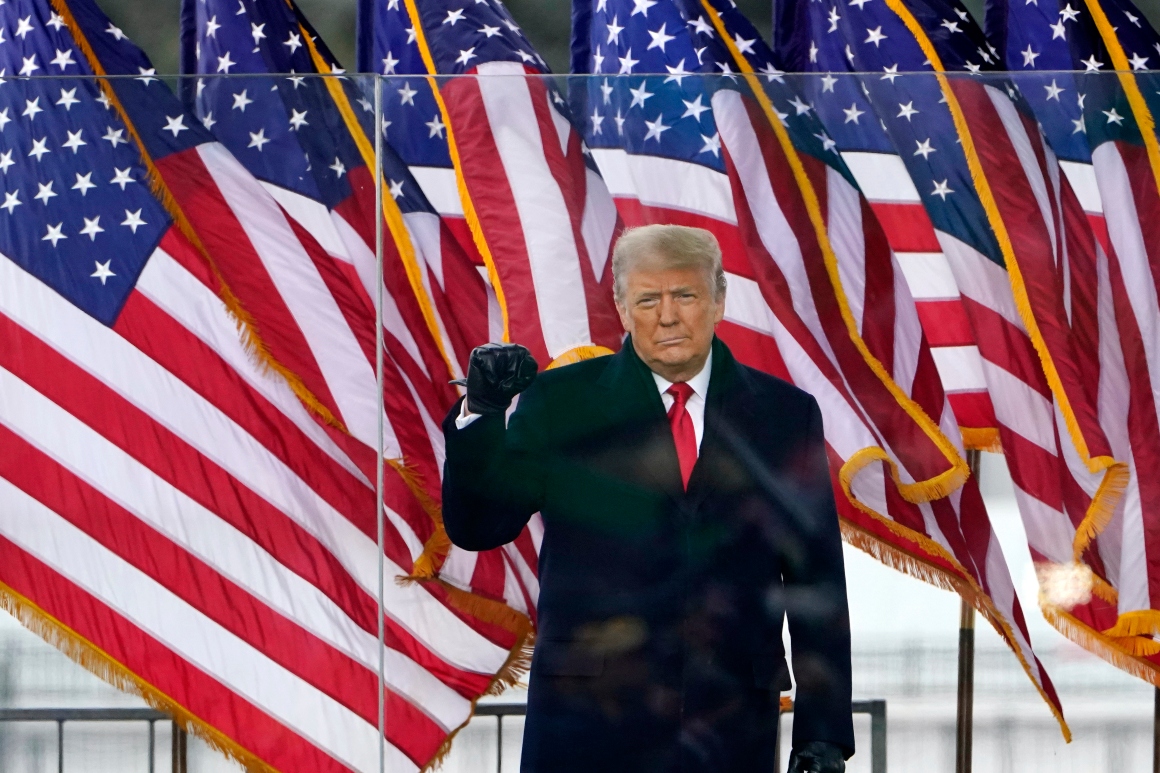 It is imperative that a multitude of urgent questions be answered in a comprehensive way, by an independent body with subpoena power to review documentary evidence and compel testimony under oath. The crisis Trump initiated needs to be examined with the equivalent of the 9/11 Commission established after the 2001 terrorist attacks.

At first blush, the comparison may seem overwrought. Obviously, nothing that has happened in the past ten weeks — including the grotesque and deadly mob takeover of the Capitol during the official certification of Biden’s victory — is of the same horrific, history-altering magnitude of 9/11.

The similarity flows from the way that both events demand public understanding and accountability. Both events represented attacks on the basic functioning of U.S. institutions. Both revealed vulnerabilities in our customs and procedures that many people did not sufficiently appreciate until disaster struck.

Here’s what we know for sure: There was an assault on rule of law at the U.S. Capitol led by people who were inspired by Trump and believed they were acting as he would wish them to do. If events had unfolded even slightly differently, the five fatalities could have been many times greater, and included many members of the House and Senate.

Here’s what we have reasonable grounds to wonder about, and a profound responsibility to clarify: The degree to which the events at the Capitol are part of a systematic effort by Trump to reverse an election result through what must be labeled forthrightly as an attempted coup d’etat.

Is that phrase hyperventilating? There are many questions to be answered before we can know for sure. We shouldn’t depend on the next wave of journalists’ books or public officials’ memoirs for the answers. An official body — created by an act of law as the 9/11 Commission was — can shine a light on such possible scandals as:

— Why did Trump fire Defense Secretary Mark Esper on Nov. 9, and was this preceded by pressure from Trump or his designees to elicit Esper’s support for military assistance in his bid to retain power?

— What deliberations regarding an effort to reverse the results of the election is former Attorney General William Barr aware of, and what would sworn testimony and texts and emails show about the circumstances of his late December departure? This departure followed public criticism by Trump of Barr, and numerous news reports said it also followed extensive negotiations between Barr and White House counsel Pat A. Cipollone.

— What interactions between Trump or his surrogates with the U.S. Attorney for the Northern District of Georgia, Byung J. “BJay” Pak, occurred before Pak’s forced resignation on Jan. 4?

— What will testimony, emails and texts show about the precise nature of any communication that may have taken place between Trump, White House aides, or outside advisers to Trump and people who participated in the Jan. 6 insurrection at the Capitol?

— Now that events have highlighted the importance of something many people previously did not think much about — the central role of the obscure General Services Administration in allowing presidential transitions to proceed — what changes in law or procedure would prevent future transitions from being delayed, as Biden’s was, once results are clear? What interactions took place between the Trump White House and GSA Administrator Emily W. Murphy?

— News reports have said there have been discussions involving cabinet officers, including Treasury Secretary Steven Mnuchin and Secretary of State Mike Pompeo, about invoking the 25th Amendment to remove Trump from office. What was the nature of these deliberations, and what testimony would administration officials give to illuminate Trump’s psychological stability or his willingness to execute faithfully the law and duties of his office?

— What role is Trump’s pardon power playing in his deliberations, or in conversations with allies, over how to cling to power?

— What were the precise interactions between Trump and Vice President Mike Pence? To Trump’s anger, Pence released a statement saying he had no constitutional power to intervene in Biden’s election certification, but the statement also embraced the view that there were pervasive questions about the counting of the 2020 presidential vote. Pence’s chief of staff, Marc Short, said after Pence’s announcement he was denied access to the White House grounds, apparently on orders from Trump.

— Most profound, arguably, is the basic question: Who, if anyone, is actually running the government? Journalists have described Trump, during the midst of a deadly pandemic, as largely checked out from most work beyond fulminating angrily about the election and his assertion that it was stolen.

House Speaker Nancy Pelosi on Friday called Joint Chiefs Chairman Gen. Mark A. Milley expressing concern about an erratic Trump ordering an ill-considered military action as he clings to power, and apparently urging Milley to have the military resist that if he tries. The notion that these types of conversations are taking place in the leadership of a country armed with nuclear weapons, and facing adversaries who have them also, is breathtaking. Let’s hope we stay lucky. But it’s entirely possible a full inquiry might reveal the Trump transition as among the most perilous moments in national security since 9/11 or the Cuban Missile Crisis.

Note that most of the questions listed above do not pertain directly to the scores of questions over how Capitol security was breached and what happened immediately before, during, and after that emergency. Many of those questions likely will fall directly in the provinces of the criminal justice system, and of Congress’s own inquiries into the security failure.

Trump’s transition, however, has been a comprehensive outrage, and therefore needs a comprehensive examination. Many of Trump’s actions, or those of his allies, may not be narrowly illegal but could still raise foundational issues of a political or policy nature. Punishing the guilty is one task. Illuminating the public record in an authoritative way is another. And this illumination should be insulated as much as possible from partisan influence.

That’s why the 9/11 Commission comparison is relevant. The commission had a mandate to look at systemic factors that preceded the 9/11 attacks, and recommendations for what the government should do in the future. As its executive director, Philip Zelikow, later explained: “I think it is healthy organizations and countries to conduct such after-action reports, especially if there has been a major national trauma. Not just an inspector general-type of report, wagging your finger, looking for the government misconduct – though there is that part of it – but more like ‘What really happened here? Why did this happen?’ To understand it in a full way and then prepare a report that could be provided to the American people, as well as the recommendations as to how we could avoid this in the future.”

Trump’s effort to undermine an effective transition and public confidence in the legitimacy of the presidential election is an assault on the nation’s system of governance that must be avoided in the future. A commission with credible figures from both parties on it could take into account the need to protect ongoing criminal prosecutions and executive privilege. (After Trump leaves office, his privilege claims over his actions during the transition should be virtually nil.)

Most importantly, a commission could highlight recommendations for reforms. The Trump transition has magnified subjects that have long seemed indefensible, such as the abuse of the pardon process to help cronies and contributors, or the dangerous Cold War policy of presidential sole authority to launch nuclear weapons. The exercise needn’t be simply a cudgel against Trump. Perhaps there would be recommendations on how to increase public confidence in elections during major outside events like a pandemic or war.

Another reason for a commission is because many of the events of the past ten weeks are ripe targets for being mythologized in distorted ways. The terrorists who bombed a federal building in Oklahoma City in 1995 believed they were righteously avenging the government’s catastrophic effort to end a siege at a Waco cult compound two years before.

The grievances and malice that animate national politics aren’t going away, but their most noxious expressions can be mitigated by establishing a clear and credible record of how this presidential transition went off the rails.

Tracking the appointments, the people and the power centers of the next administration.