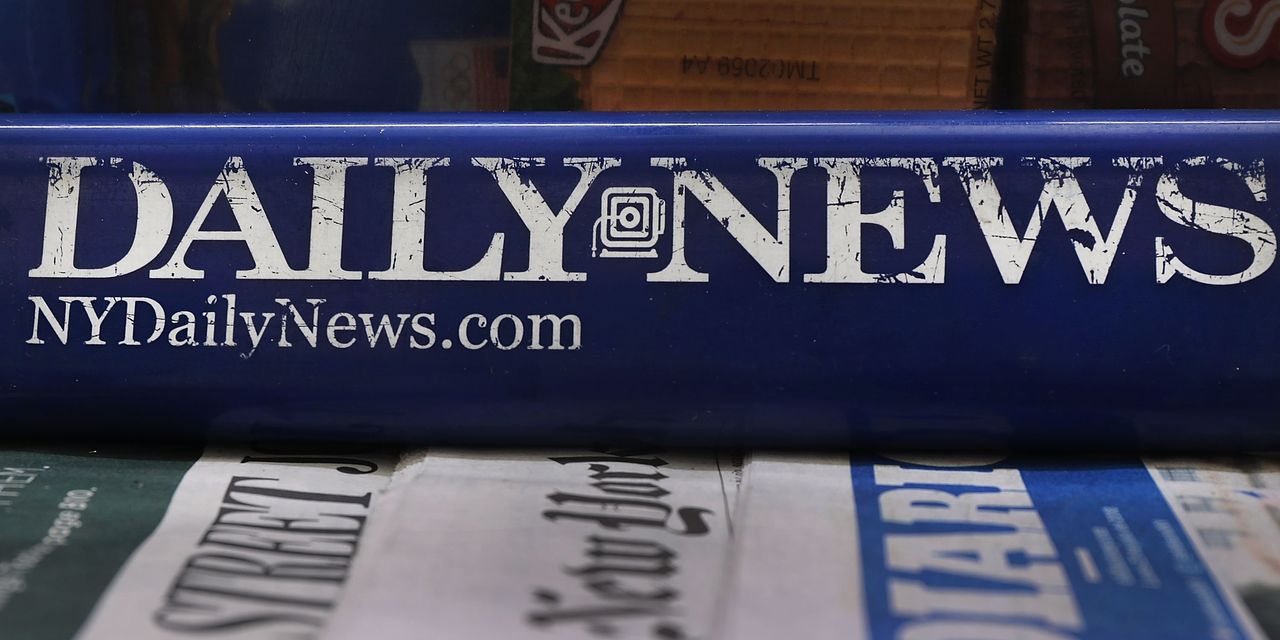 Alden, which already owns a 32% stake, said Thursday it was interested in acquiring the rest of the publishing company for $14.25 a share, valuing Tribune at $521 million. The Wall Street Journal first reported Aldenâs plans late Wednesday. The offer drove Tribuneâs stock up 7.1% on Thursday to $13.70.

Tribune, which publishes nine papers, including the Chicago Tribune, the New York Daily News and the Baltimore Sun, said it had named three independent members of its board to the special committee to explore Aldenâs offer, and had engaged

as its financial adviser and Davis Polk & Wardwell LLP as its legal counsel.

âNo assurance can be given that Aldenâs proposal, or any other transaction, will be consummated,â Tribune said in a statement Thursday evening.

Alden also controls MediaNews Group, a private company that owns some 60 daily newspapers around the country, including the Denver Post, San Jose Mercury News and Orange County Register. The hedge fund has a reputation for making deep cost cuts at titles it acquires.

A deal would have far-reaching implications for an industry beset by sharp declines in revenue over the past 20 years that have led to a wave of consolidation and cost cuts. Between 2008 and 2019, the industry shed 51% of its newsroom jobs, according to the Pew Research Center.

A transaction is complicated by a standstill agreement Alden had signed at the beginning of 2020 in exchange for a third seat out of seven on Tribuneâs board. The agreement expires after June of this year, so any deal to increase the stake would need a signoff from the board and the support of two-thirds of the companyâs shareholders.

Major news in the world of deals and deal-makers.

The publishing companyâs second-largest shareholder, with about 25%, is

a billionaire biotech investor who in 2018 bought the Los Angeles Times from Tribune for $500 million. He declined to comment on Aldenâs offer.

who owns about 8% of the company, said he found the bid to be âunattractive at that priceâ as it represented less than three times the businessâ annual cash flow. âI would need to see more, but I believe itâs probably just an opening gambit,â he said in an interview.

of Huber Research Partners LLC said in a note that the offer was âsignificantly too lowâ based on the companyâs earnings before interest, taxes, depreciation and amortization. He said a price range of between $16 and $17 a share was more on target.

In a filing with the Securities and Exchange Commission, Alden co-founder

said the hedge fund had been in contact with an outside investor who was interested in certain Tribune properties, and Alden requested the boardâs permission to explore a joint transaction with him.

a former Maryland politician and chairman of Choice Hotels International Inc., operator of hotel chains such as Comfort Inn and Econo Lodge, didnât respond to a message seeking comment.

Write to Lukas I. Alpert at lukas.alpert@wsj.com

PrevPreviousHappy New Year! Are You Up for the Challenges and Opportunities of 2021?
NextBilly Porter glows in Times Square and more star snapsNext