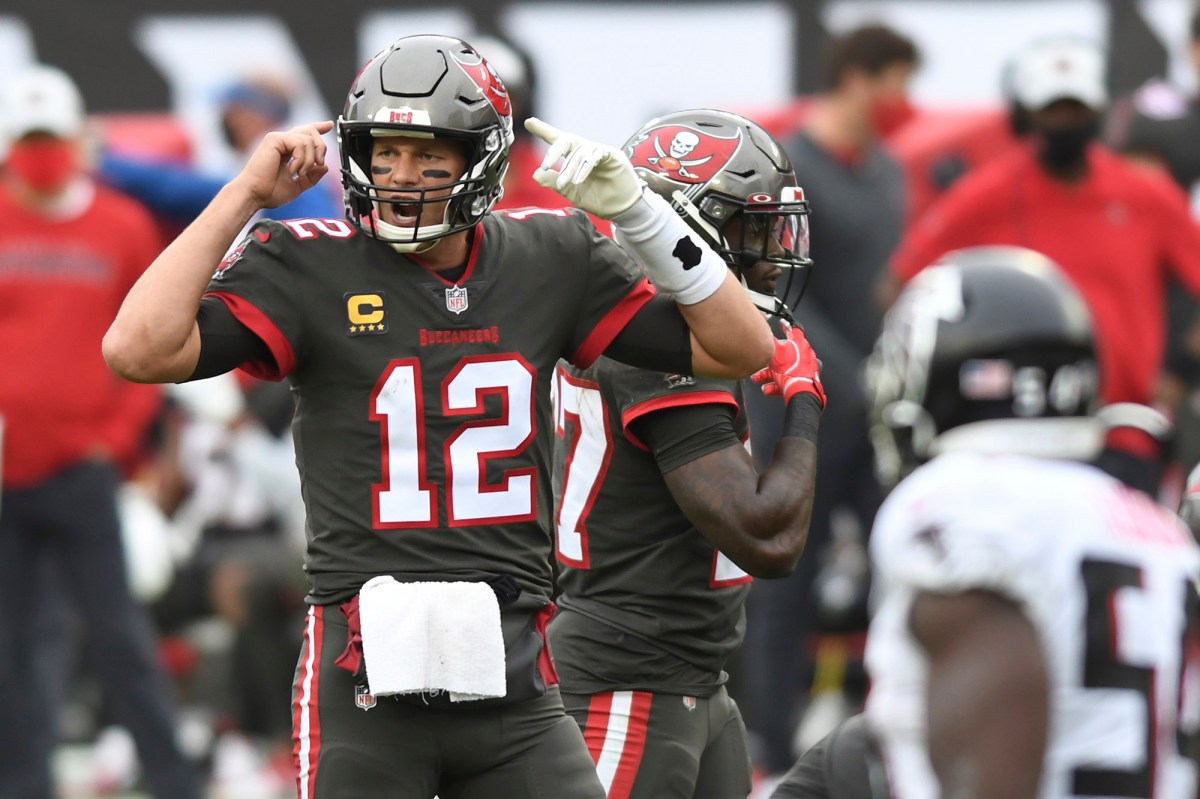 This is the day, this is the moment Tom Brady imagined in his dreams when he came to the conclusion it was time for him to chase his seventh Super Bowl championship without Bill Belichick by his side.

And now Belichick is on the outside of these playoffs looking in for the first time since Brady wrecked his knee in 2008, while the 43-year-old quarterback of the Tampa Bay Buccaneers, the same Buccaneers who last made the postseason following the 2007 season, march into FedEx Field on Saturday night to confront a 7-9 Washington Football Team which has been led by inspirational head coach Ron Rivera and inspirational quarterback Alex Smith.

Brady, driven by the chance to become the quarterback of the first team to win a Super Bowl in its host city, missed Belichick less than Belichick missed him.

There were bumps in the road — questions about Bucs head coach Bruce Arians airing him out publicly, losing track of downs on national television — but Brady has refused to let Father Time intercept him, and if you are a Patriots fan, if you have cheered him for the past two decades, if you turned the other cheek to Deflategate, you should not feel guilty about cheering him on.

No quarterback is supposed to be able to throw 40 touchdown passes against 12 interceptions at his age. During a pandemic, no less. With new teammates and new coaches. In a new city. Over his last four games, he has 12 TD passes against one interception.

Tom Brady bet on himself and he won.

From the moment he showed up, by his mere presence and stature, Brady changed a woebegone franchise’s mindset. He showed the way. He made everyone believe.

“I did say there’s not one person that makes a team, it’s every single person doing their job every day that’s committed and determined to be the best,” Brady said in his introductory Bucs conference call. “I’m a very disciplined quarterback, I try to follow through on the things that I’m committed to, and I try to work every day to be the best I could be, and that’s what I’m gonna try to push my teammates to do, and I’m just excited to get started.”

It’s what he did for 20 years for the Patriots, after a Jets linebacker named Mo Lewis delivered a blow that turned Drew Bledsoe into the football Wally Pipp. It’s how and why Brady became the GOAT.

His idol, Joe Montana, had been traded by the 49ers to the Chiefs in the twilight of his own Hall of Fame career, in 1993. When Brady walked out into the chill Foxborough night last January following his final pass as a Patriot, a Logan Ryan pick-six at the end of the Titans’ wild-card win, he walked eagerly toward the first free agency of his career.

His receivers that day were Julian Edelman, rookie N’Keal Harry, Mohamed Sanu and Philip Dorsett. His tight end was 39-year-old Ben Watson. Ten of his 20 completions were to running backs. The cupboard was bare. Especially after The Antonio Brown Experiment had lasted exactly one game in September.

The Bucs offered him something different and won out over the Chargers. They offered him Mike Evans and Chris Godwin. They offered him two years, $50 million guaranteed. And then his old pal Rob Gronkowski opted in and ended his one-year retirement. And then Arians accepted Brown on a zero-tolerance policy.

Plenty was made this week of Chase Young’s comment — “Tom Brady, Tom Brady, I’m coming! I want Tom! I want Tom!”— after the WFT had beaten the Doug Pederson-Nate Sudfeld Eagles and won the NFC Least. The young lion coming for the GOAT. And Young is no different from any predator of any age: Who wouldn’t want to sack Tom Brady?

After all, the GOAT has won six Super Bowls, and can see a seventh heaven in the distance. The GOAT has a 30-11 record in the playoffs. Now he leads a franchise that was born in 1976, went 0-14, lost its first 26 games and suffered 14 consecutive losing seasons from 1983-96. The money quote from former coach John McKay, asked sometime in the midst of it all what he thought of his team’s execution, said: “I’m in favor of it.” They sported creamsicle uniforms and earned the nickname Yucks.

The Bucs have won one Super Bowl (XXXVII). Jon Gruden was the head coach. Brad Johnson was the quarterback. It was sandwiched between Brady’s first Super Bowl championship and his second. Now he tries to turn back the clock. If anyone can, it’s him.