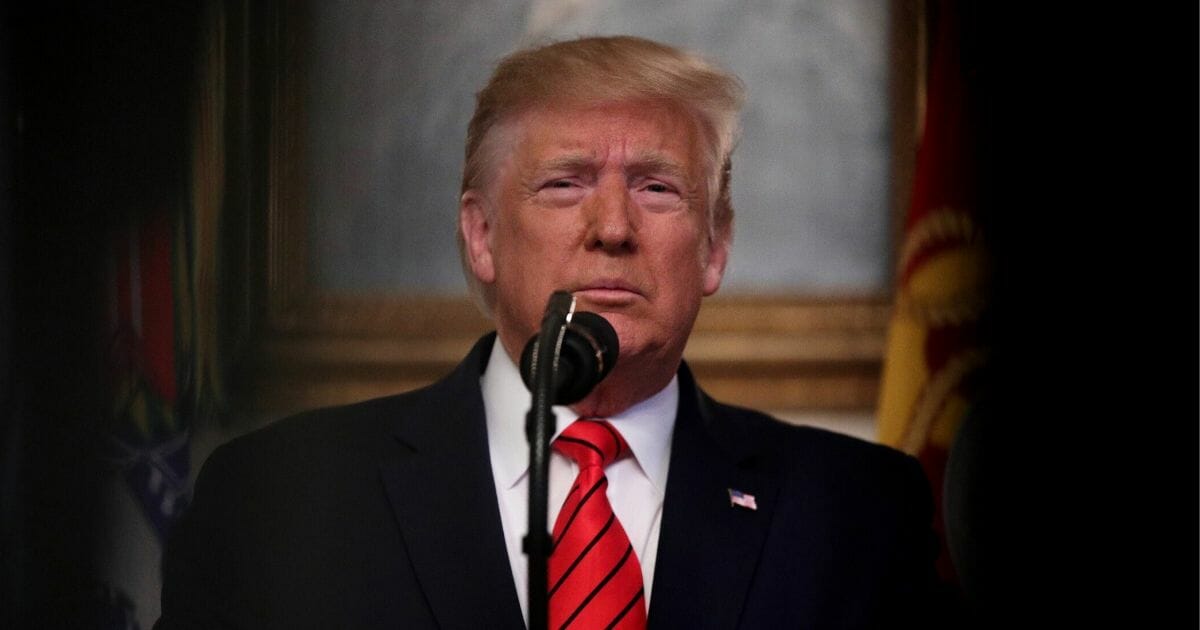 President Donald Trump, no doubt owing to his “America First” economic vision, has long been a critic of the World Trade Organization and the globalism it promotes and protects.

Though it is likely beyond the president’s ability to summarily do away with the international institution that oversees global trade agreements and disputes, his administration has nonetheless battled against it.

Now, according to The New York Times, Trump will have, in essence, rendered the WTO ineffective and null as of the end of Tuesday by way of crippling the globalist body’s rules enforcement arm.

The Times explained that the Trump administration has spent the past two years effectively blocking any new appointments to a special seven-member panel that hears and rules on appeals stemming from disputes between global trading partners.

Without any new members, that panel has been whittled down to just three, the bare minimum necessary to even hear a case, much less render a ruling.

The terms of two of those three remaining members are set to expire at the end of the day on Tuesday, and given that the Trump administration has not relented in its opposition to the appointment of new members, the panel will essentially have been all but dissolved.

In The Times’ judgment, the biggest concern in all of this is that without the sort of “trade referee” provided by the WTO appeals panel, the process of resolving international trade disputes will devolve into “a free-for-all, paving the way for an outbreak of tit-for-tat tariff wars.”

Given President Trump’s propensity for using tariffs as a tool, rather than waiting around years for a globalist body of judges to weigh in, such a “free-for-all” would seemingly prove ideal for his use of tariffs as bargaining chips to improve trade relations with both allied and rival nations.

Trump and his administration have been highly critical of the WTO over the past two years and have accused it of not protecting the interests of American workers and coming down too hard on the U.S. while doing next to nothing to address obviously unfair trade practices by China.

The administration has also criticized the fact that the WTO has continued to allow China to claim special protected status as a “developing nation” despite being the world’s second-largest economy.

The WTO has failed to respond to China’s domination of certain industries through its mix of private and state-owned enterprises and government subsidies.

While the prospect of an international “free-for-all” in trade may be frightening to those opposed to American interests, Bloomberg reported that a hasty and admittedly less-than-ideal “plan B” has been put together by the European Union in the hopes of avoiding such an outcome.

The EU plan — which right now has only the backing of Canada and Norway, though China and others have expressed interest — would create a work-around to the crippled WTO appeals panel by replicating a WTO rule to create a sort of voluntary appeals-arbitration system that would settle disputes.

That system would allow the WTO director-general to appoint former appeals panel members to serve as arbitrators. If enough nations volunteered for the system, it could potentially function in much the same way as the now diminished appeals panel.

Of course, the U.S. under Trump would be highly unlikely to voluntarily participate in such arbitration, but the EU has reportedly come up with a plan to address that potential downside as well — economic sanctions against non-participating bodies with no real way to appeal.

That would simply open up the EU and other nations to retaliatory sanctions from the U.S., which would put everybody back on square one. While the EU and China and other nations may continue to play their globalist games, America will go it alone and figure out what serves its best interests however it sees fit.

Globalists won’t like what Trump has done to the WTO at all, but those who place American interests first and are tired of being pushed around by international bodies will love it.

The president has taken yet another big step toward making the U.S. a truly independent economic powerhouse on the world stage.