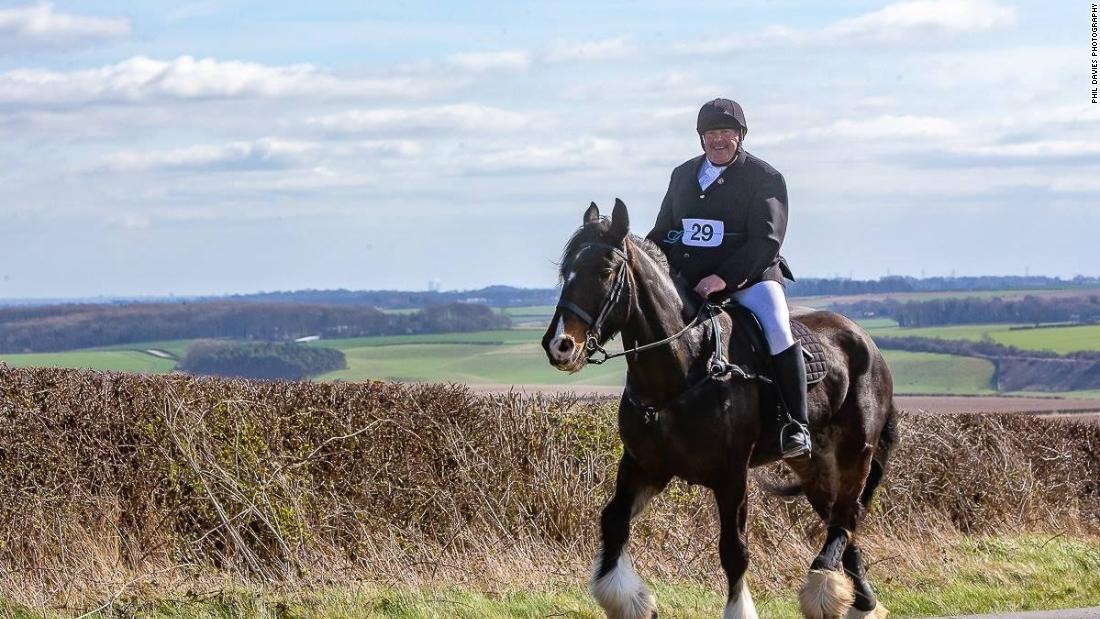 The oldest horse race in England dates back to the reign of Henry VIII and it’s not unusual for the runner-up to win more prize money than the winner.

The Kiplingcotes Derby, which takes place each year near the village of Market Weighton in East Yorkshire, marked its 500th birthday this year with its most popular event in memory.

The four-and-a-half-mile flatland event is run on the third Thursday of March on windswept hills “basically in the middle of nowhere,” said Philip Guest, one of the two co-trustees of the event. The rough, cross country race, over roads and hills, can be bitterly cold, even before riders plunge into three-to-four feet of puddles, which can collect on the unkempt course.

With just “a few loos and a wagon for teas” as amenities, this race has less in common with the Grand National than some of rural England’s oddball folk festivities, explains Guest, a local jeweler who who has supervised the race for two decades.

“It’s one of these old English traditions,” said Guest. “Like the one in Lincolnshire called the Haxey Hood, where they chase this piece of leather about” as part of a rugby-like game first played in 1359.
“And there’s cheese rolling,” he adds, referring to the ancient custom of locals chasing a wheel of cheese down a dangerously steep hill in Gloucestershire.

Kiplingcotes allows anyone to turn up on the day and compete, with no need for a champion racehorse. Retired thoroughbreds line up next to cart horses and ponies belonging to local children.

The largely amateur field of riders give the place a “carnival atmosphere,” said Guest: “It’s a bit of a mixture: some people just turn up for fun, really. Some people are there to win.”

The winner of the race takes home the princely sum of £50, while the runner-up takes the remaining pot, made up of the entry fees of the entrants (minus a slice for costs). On busy years — including last year when there were almost too many horses to compete, says Guest — the silver-medalist can take home the most prize money.

The winner of that 500th race, Tracey Corrigan, might go on to challenge for the most recorded wins, set at 10 wins by Ken Homes, who also became the oldest recorded racer at 74 years old. But records of winners are patchy with gaps in the 17th and 18th Century, says Guest.

Much of what we do know comes from an ancient document that gives the inaugural race year as 1519, ten years after Henry VIII had risen to the throne. The race took place likely just for fun, as a competition between local landowning families, explained Guest: “We still have the original deed, which was originally signed by the gentlemen of the county — Lord Burlington, the families from the big houses — some of whom still have descendants, here.”

It shows the original rules, which include adding weights to the saddle of any rider who weighs less than 10 stone (64kg) to set an even playing field.

On race day, competitors meet at the finish line and weigh in. A single bookie, Chris Johnson, has attended the race for years and ranks the favorites by sight as they turn up. Most bets, though, don’t run over a few pounds.

The field then rides slowly back to the starting post, before turning round and racing to finish. At the finishing post, they are met by spectators, often numbering hundreds and sometimes visiting from distant corners of the globe.

“The leaders come thundering in, but it can be a while until some of the others come back,” explains Guest, as kids and amateurs return on slower horses.

Chris Pitt, a racing historian who has been attending Kiplkingcotes for 25 years, told the Yorkshire Post that the race shows us “the essence of what racing started out as”.

“You couldn’t wish to meet a nicer bunch of people, it is super sporting occasion and part of British heritage that we must look to preserve,” he said.

Guest said he is proud to have contributed to the continuation of the ancient race — including donating a new trophy to make the first place feel a little more prestigious. But there is one, much more direct duty which in recent recent years has ensured the race continues: walking the course in brutal weather.

According to the ancient rules, if the race is not run one year, the tradition ends. So even in years when the course has been waterlogged or snowed under, one local has dragged a horse around, so that the 500-year-old competition stays alive.