The First Time a U.S. President Skipped His Successor’s Inauguration 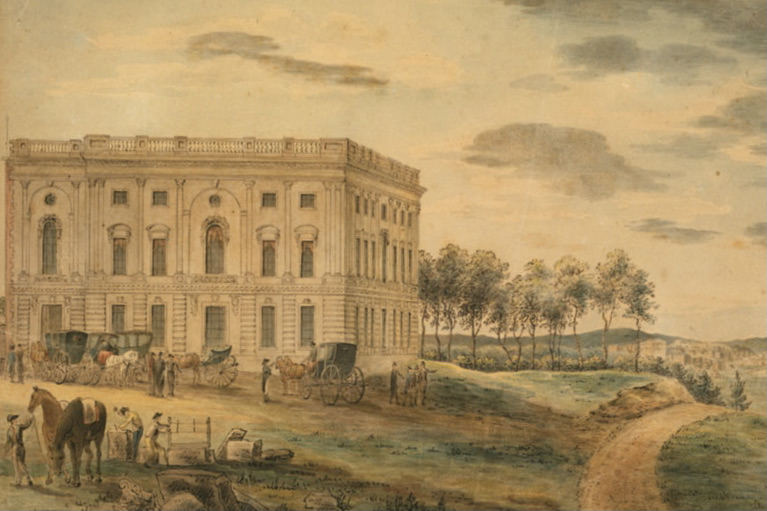 With Friday’s Twitter announcement that he would not attend Joe Biden’s inauguration, President Donald Trump signaled that he intends to become the first U.S. president in decades to blow off his successor’s swearing-in, breaking a longstanding norm that has helped smooth the transfer of national power for generations. But he’s not the only American president ever to do so. Though no other commander-in-chief has provoked a deadly siege of the Capitol in response to his loss, a handful of other lame ducks have made the decision to sit out the inauguration.

There’s nothing in the constitution that requires an outgoing president to attend his successor’s ceremony, says Matthew Costello, senior historian at the White House Historical Association, but there’s a reason nearly all of them have. “Do they need to be there, legally-speaking? No. Do I think it’s important? Yes,” Costello said. “It’s a visual thing, where you just have more confidence in our democracy.”

It’s perhaps surprising, then, to learn that Adams, one of the Founding Fathers and architects of the Constitution, started the short line of inaugural no-shows. But in 1801, Adams was still chafing from a bitter and bruising campaign. For the nation, Jefferson’s inauguration marked the start of a new and defining era. For Adams, it was the continuation of a disheartening and difficult one. After four years spent trying to fill Washington’s shoes, the Massachusetts native had grown increasingly unpopular, criticized for federal overreach, high taxes and passage of the Alien and Sedition Acts. In 1800, Jefferson, Adams’ own vice president, had challenged him for the second time, decrying Adams’ Federalists as enemies of liberty and preaching a Democratic-Republican vision of limited government and states’ rights.

Not long before, Adams and Jefferson had been co-revolutionaries, even friends. But in 1800, the fight got personal. Neither man campaigned for himself—electioneering was considered vulgar pandering not befitting a public servant, according to Sara Georgini, series editor for The Papers of John Adams. But the emergent partisan press was happy to do the job for them. Jefferson, the Virginia Republican enslaver, was portrayed by Adams’ Federalist supporters as a godless Francophile who threatened the piety of New Englanders’ way of life. Under his presidency, one newspaper warned, “Murder, robbery, rape, adultery, and incest will be openly taught and practiced, the air will be rent with the cries of the distressed, the soil will be soaked with blood, and the nation black with crimes.”

Adams, meanwhile, was slammed as an aging, out-of-it aristocrat intent on reinstating the monarchy. “He gets a lot of ‘old,’ ‘toothless,’ ‘fat,’ ‘bald,’ you name it—kind of runs the spectrum from unflattering to downright mean,” says Georgini. His opponents spread a rumor that he’d tried to marry his daughter to the son of King George III, and had only called off the plot when Washington threatened him with a sword.

Adams’ enemies weren’t limited to the Republicans, though. Alexander Hamilton, his rival in the Federalist Party, delayed Adams’ efforts to negotiate a peace with France and published a pamphlet calling him unfit for the presidency. It was Hamilton whom Adams blamed when he found out in early December that he’d lost the election.

The defeat was hardly a surprise, but that didn’t make it easy for Adams to swallow. “My little bark has been oversett in a Squal of Thunder and Lightening and hail attended with a Strong Smell of Sulphur,” the notoriously hot-tempered president wrote to his son Thomas.

However, thanks to a constitutional kink yet to be worked out, a clear loser didn’t mean a clear winner. The ballot didn’t distinguish between presidential and vice presidential candidates, and Jefferson and his intended second-in-command, Aaron Burr, had tied with 73 electoral votes each. (Adams received 65.) Suddenly, it was up to the Federalist-controlled House of Representatives to decide which Republican they hated less.

As deliberations dragged on, Jefferson took advantage of a chance encounter on the street to ask Adams for his help in convincing Federalists to vote against Burr. Adams declined to intervene. “It was the first time in our lives we had ever parted with any thing like dissatisfaction,” Jefferson wrote later. The relationship between the two men didn’t improve in the months leading up to their power swap. After the House finally decided in favor of Jefferson, Adams got busy packing the courts with Federalist judges—his famous “midnight appointments.” (Like Trump, he rushed to confirm a new Supreme Court justice in the final stretch of his term.) And by the time Jefferson took the Senate floor to give his inaugural address, a soft-spoken appeal to unity (“We are all Republicans, we are all Federalists”), Adams was nearly to Baltimore. The two men never saw each other again—though, after an 11-year silence, they began a lengthy correspondence that lasted until 1826, when they both died on the Fourth of July.

Why didn’t Adams stick around for the big event? Nobody knows for sure. Apparently, he was never asked for an explanation.

It’s possible, as historian David McCullough has written, that Adams wasn’t even invited to the ceremony. He also writes, generously, that the early stage was Adams’ only option if he wanted to get to Baltimore before dark (though one wonders why he couldn’t have waited until the next day). Other scholars have argued that Adams worried his presence might further inflame partisan conflict, or that he couldn’t bear to make a spectacle of his own defeat. Costello at the White House History Association offers another charitable potential explanation: Adams had felt overshadowed by Washington at his own inauguration (“He Seem’d to me to enjoy a Tryumph over me,” John wrote to Abigail in a letter), and hoped to save Jefferson the same embarrassment.

Mostly, Georgini thinks, Adams was just ready to be home. He’d spent several awkward months camped out in the half-finished President’s House, feeling demoralized by the rise of party politics and betrayed by his supposed allies. He was also grieving his son Charles, who had died unexpectedly three months before. And he missed Abigail, who had departed D.C. in February. After a depressing end to his decades in the political spotlight, some downtime for farming, family bonding and self-reflection in Quincy, Massachusetts, probably sounded pretty appealing.

While some of his contemporaries thought Adams’ decision was in poor taste, more remarkable to onlookers around the country than his no-show was the victory his quiet exit represented for the American political system. In 1801, the Constitution was just over a decade old. The electoral tie had forced an unexpected test of its power—one that citizens weren’t sure would end peacefully. But it had. And now, the loser had left the Oval Office without complaint, cementing the country’s first peaceful transfer of power between political opponents.

“There’s no rioting, there’s no end to the union, there’s no danger to the constitution. People are able to go on with their lives as citizens no matter who’s sitting in the president’s seat,” says Georgini. In 1801, “that’s really something that’s remarkable.”

“This was sort of a shot in the arm for democracy,” Ferling adds. Deemed “the Revolution of 1800,” the election was seen as proof that power really lay with the people.

Since 1801, the expectation that outgoing presidents appear at their successors’ inaugurations has become much stronger. And only a few other presidents have failed to do so. In 1829, John Quincy Adams declined to attend Andrew Jackson’s ceremony, following an election that had rivaled his father’s for personal vitriol. (Jackson’s supporters spread the rumor that Adams was an entitled patrician who liked to wear silk panties; Adams fans accused Jackson of bigamy after it was revealed that he’d married his wife before she’d formally divorced her previous husband. When Rachel Jackson died between the election and the inauguration, Andrew blamed slander-induced stress.) And in 1869, Andrew Johnson—Lincoln’s Southern vice president, who is remembered largely for his efforts to undermine the gains of Reconstruction—sat out the inauguration of Ulysses S. Grant, hero of the Union army, choosing instead to spend the afternoon signing last-minute legislation. Finally, in 1974, Richard Nixon helicoptered away from the White House after he resigned, rather than waiting to see Gerald Ford put his hand on the bible.

But none of these scorned commanders-in-chief failed to peacefully and readily relinquish power to his successor. Nor has any other president among the 44 who’ve exited the Oval Office so far.

In avoiding Biden’s inauguration, Trump might be taking a page out of Adams’ book. (Perhaps literally. When Axios reporters asked the president about his reading habits, he showed them Adams vs. Jefferson—though he said he wouldn’t recommend it.) But in pressuring officials to overturn the election—and inciting a violent attack on the Capitol—our current president is on his own. Even at their most humiliated and bereaved, none of his predecessors ever came anywhere close to that.