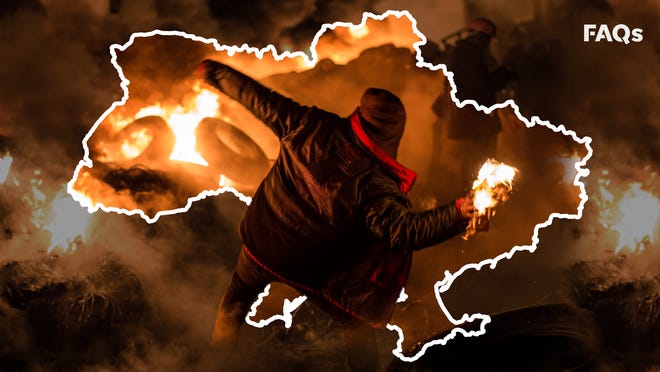 Sen. Ted Cruz joined the list of Republican lawmakers who have argued President Donald Trump had legitimate reasons to ask Ukraine to investigate the 2016 election because they believe that country meddled in the 2016 election.

Cruz said on NBC News’ “Meet the Press” there was “considerable evidence” that “Ukraine blatantly interfered in our election,” though he could only point to one op-ed from a former Ukrainian ambassador to the U.S. as proof of that interference.

Cruz said the news media has been “misleading” by acting as if only one country could have interfered when it could have been both Ukraine and Russia.

During the 2016 election, many Ukrainians and several officials expressed concern about then-candidate Trump’s positive words for Russian President Vladimir and an interview in which he indicated he would consider recognizing Putin’s military annexation of Crimea.

“You’re trying to make them both seem equal. I don’t understand that,” Todd said.

Despite Cruz’s assertion that no one was disputing Putin’s guilt, Trump has expressed doubt about Russian election meddling on several occasions. And Trump has continued to promote the same discredited theory he referenced in his July 25 phone call with Ukrainian President Volodymyr Zelensky, which says Ukraine, and not Russia, stole emails from the Democratic National Committee and Clinton campaign.

Last week, Todd had a heated exchange over the same issue with Sen. John Kennedy, R-La., who also insisted “both Russia and Ukraine meddled in the 2016 election.”

Todd had asked Kennedy if he was concerned he had been duped as part of a Russian disinformation campaign because former National Security Council official Fiona Hill had warned lawmakers at an open hearing in the impeachment inquiry last month that the idea that Ukraine, and not Russia, was behind 2016 election interference was a “fictional narrative that has been perpetrated and propagated by the Russian security services themselves.”

‘I was wrong’:Sen. Kennedy takes back claim that Ukraine may have been behind 2016 election email hack

Kennedy, who had retracted a previous claim that Ukraine and not Russia had been behind the DNC hack, said Hill was “entitled to her opinion” but he stood by his assertion that Ukraine intervened in other ways.

He listed several publications which he said printed articles backing up his claim, including Politico and CBS News. He included The Financial Times in his list, but that paper’s U.S. national editor, Edward Luce told MSNBC he could find no Financial Times article that fit Kennedy’s description.

“The idea that Ukraine intervened in the U.S. election specifically is not something Sen. Kennedy can point to The Financial Times as supporting,” Luce said.

The Democratically-controlled House is currently preparing articles of impeachment against Trump for allegations he used military aid as leverage to get Ukraine to open a probe into the 2016 election, as well as an investigation into an energy company with ties to former Vice President Joe Biden’s son, Hunter.

Democrats say both investigations were intended to help Trump politically, but Cruz, Kennedy and other Republicans argue Trump had legitimate concerns on both counts.

Trump took notice of the defense mounted by Cruz, thanking him in a tweet, and retweeting several other posts, headlines and clips referencing his “Meet the Press” performance.

On “Meet the Press,” Todd asked Cruz about a New York Times report that said U.S. intelligence officials had briefed senators that Russia had engaged in a “yearslong campaign to essentially frame Ukraine as responsible for Moscow’s own hacking of the 2016 election.”

Sen. Roger Wicker, R-Miss., is another lawmaker who has said Russians, and “also Ukrainians tried to interfere.”

But other Republican senators have rejected their colleagues’ effort to equate Russian and Ukrainian election interference.

“There’s a big difference between pulling for someone and hoping someone wins in the American election and interfering the way that Russia did,” Sen. Mitt Romney, R-Utah, told the Times.

“There’s no way to compare any other efforts to what Russia did in 2016,” Rubio said. “There’s nothing that compares, not even in the same universe.”