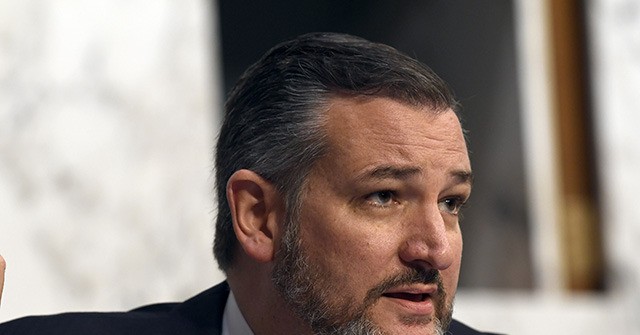 Cruz’s comments came after Biden said earlier in the day that Cruz and colleague Sen. Josh Hawley (R-MO) were part of President Donald Trump’s “big lie” about widespread voter fraud after the senators were two of a handful to object to certifying the electoral college results in certain states, a process that was disrupted by rioters overtaking the U.S. Capitol building Wednesday.

“Really sad. At a time of deep national division, President-elect Biden’s choice to call his political opponents literal Nazis does nothing to bring us together or promote healing,” Cruz wrote. “This kind of vicious partisan rhetoric only tears our country apart”:

Really sad. At a time of deep national division, President-elect Biden’s choice to call his political opponents literal Nazis does nothing to bring us together or promote healing.

This kind of vicious partisan rhetoric only tears our country apart. https://t.co/YMMepv1OhV

Biden’s comparison came in response to a reporter who asked if the president-elect thought Cruz and Hawley should resign amid the riot at the Capitol, which came after a pro-Trump protest against the election results and resulted in five deaths.

While Biden did not outright place blame on the two senators for the riot, he said, “I think they should be just flat beaten the next time they run.” He then proceeded to compare them to Goebbels, saying, in part:

They’re part of the big lie, the big lie. I was being reminded by a friend of mine, and maybe you were with me, I can’t recall, when we were told that, you know, Goebbels and the great lie, you keep repeating the law, and repeating the lie. Well, there was a print that when Dresden [in Germany] was bombed, firebombed [in World War II], there were 250 people that were killed — was it 2,500 people were killed? And Goebbels said no, 25,000 — or 250,000 were killed. And our papers printed that. Our papers printed it. It’s the big lie. People will notice — it’s one thing for one man, one woman, to repeat the lie over and over and over again. By the way, Trump said [sic] that before he ran. If you say it enough, I’m going to convince you, I’ll say it enough, “The press is bad, the press is bad, the press is bad, the press is bad.” If he’s the only one saying it, that’s one thing. But the acolytes that follow him, like Cruz and others, they are as responsible as he is. And so, it’s not about whether or not they get impeached. It’s about whether or not they help — can continue to hold power because of the disgust the American people have for their actions. There are decent people out there who actually believe these lies. Because they’ve heard it again and again.

Cruz and Hawley were two of more than a dozen Republican senators who said they would object to certifying the electoral college results in specific states; however, after the attack on the Capitol — which forced the process into an emergency recess — some senators changed course and decided not to raise objections. Ultimately, six senators objected to Arizona and seven objected to Pennsylvania.

Cruz said Wednesday when objecting to Arizona’s results, per NPR, “I urge you to pause and think, what does it say to the nearly half the country that believes this election was rigged if we vote not even to consider the claims of illegality and fraud in this election?”

Prior to Wednesday’s session, Cruz had called for a ten-day emergency audit to investigate the presidential election results, arguing that such an audit “would dramatically improve Americans’ faith in our electoral process and would significantly enhance the legitimacy of whoever becomes our next President.”

Write to Ashley Oliver at aoliver@breitbart.com.