By Colin Packham and Renju Jose

SYDNEY (Reuters) – Australia will lift more internal border restrictions in a boost for tourism as new coronavirus infections slow to a trickle, while first vaccines could be available in March, a government minister said on Tuesday.

Queensland state, a popular holiday destination, will allow visitors next week from the country’s two most populous states, New South Wales (NSW) and Victoria, after closing its borders in August.

NSW has since notched a month without any COVID-19 cases where the source is unknown and restrictions on arrivals from Sydney will be eased on Dec. 1, Queensland Premier Annastacia Palaszczuk said.

Residents of Victoria, previously the country’s coronavirus hotspot, will also be welcomed if the state has no new cases on Wednesday, which would mark 26 days without community transmission.

“Queensland is good to go,” Palaszczuk told reporters in Brisbane.

NSW and Victoria opened their border on Monday, while the South Australia-Victorian border opens fully next week, in welcome news for local airline companies, Qantas Airways and Virgin Australia.

Qantas said it will run more than 1,200 return flights from Victoria and NSW into Queensland in the run-up to Christmas.

The moves will please Prime Minister Scott Morrison who has pushed state leaders to relax some curbs to help revive the economy, which shrank 7% in the three months to end-June, the most since records began in 1959.

Looking further out, Health Minister Greg Hunt said Australia – which has agreed to buy nearly 34 million doses of AstraZeneca’s COVID-19 vaccine – is increasingly confident it can complete a vaccination programme after the release of preliminary trial results.

“Our vaccine timeline is beginning to strengthen. The news from overseas is that we are on track for first vaccines in March,” Hunt told reporters in Sydney.

AstraZeneca said its COVID-19 vaccine, cheaper to make, easier to distribute and faster to scale-up than its rivals, could be as much as 90% effective.

Australia has reported more than 27,800 cases of COVID-19 and 907 deaths since the pandemic began, but estimates there are fewer than 100 active COVID-19 cases remaining, mostly people in hotel quarantine.

Victoria said on Tuesday it had zero active cases for the first time in over eight months following a strict lockdown after daily infections peaked at more than 700 in early August.

Qantas, meanwhile, said it will insist in future that international travelers have a COVID-19 vaccination before they fly, describing the move as “a necessity”.

“We are looking at changing our terms and conditions to say, for international travelers, that we will ask people to have a vaccination before they can get on the aircraft,” Chief Executive Alan Joyce told broadcaster Channel Nine.

Australia closed its international borders in March and currently requires returning travelers from overseas to quarantine for two weeks. 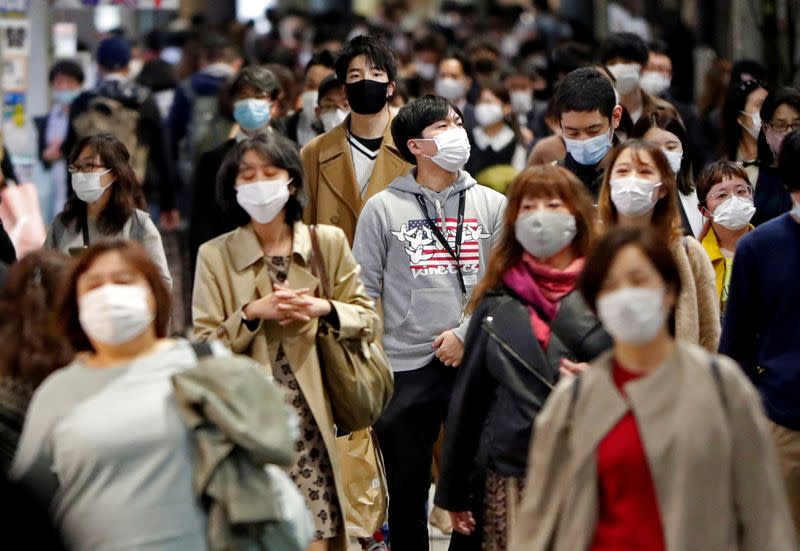 China beat the coronavirus with science and strong public health measures, not just with authoritarianism

Authorities in New York City were searching Monday for a suspect who allegedly pushed a man onto subway tracks in what police say is the third such assault in a week.

After the subway stopped and the pair left the car, the suspect allegedly pushed the 29-year-old man onto the tracks below, Riley said. The man suffered minor injuries and climbed back onto the train platform on his own, he said.

Surveillance video released Sunday shows a man in a dark jacket and sweatshirt pushing the victim off the platform. Someone nearby grabs for the alleged assailant, who bats the person’s hand away before he walks off.

Two other incidents occurred Wednesday night at the 42nd Street/Bryant Park station and Thursday at the Union Square station, both in Manhattan.

In the first incident, a suspect allegedly pushed a UPS worker onto the tracks after he refused to give the man money. In the second, a homeless man allegedly shoved a woman onto tracks moments before a train approached.

The woman wound up inside the two rails and kept her head down while the train passed over her.

“We have got folks in this city who desperately need mental health care. The transit system is for people who are using it to travel,” New York City Transit President Sarah Feinberg said.

“MTA and NYC Transit, our personnel are out there in the system, we are doing our best to make sure the commuters, New Yorkers, are safe. We have a crisis in this city with mentally ill people who need help, and it absolutely needs to be addressed, and I’m desperate for this mayor or the next mayor to take it on because we’ve got a long way to go,” she said. 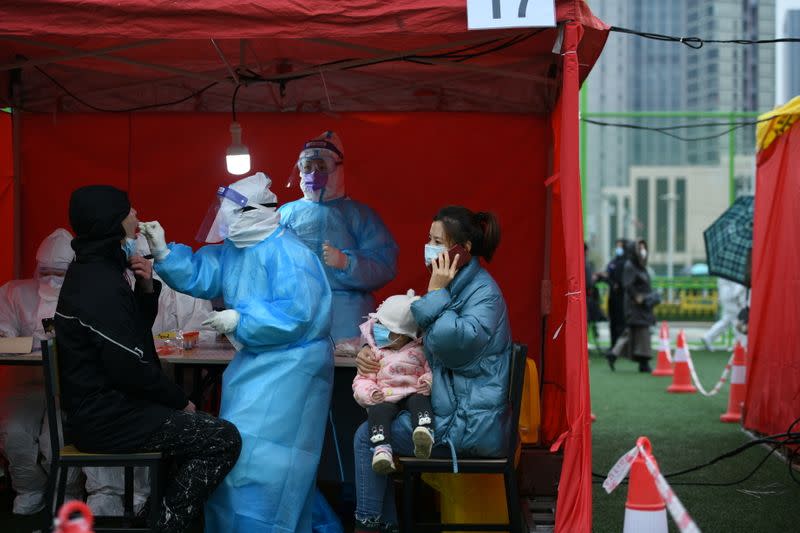 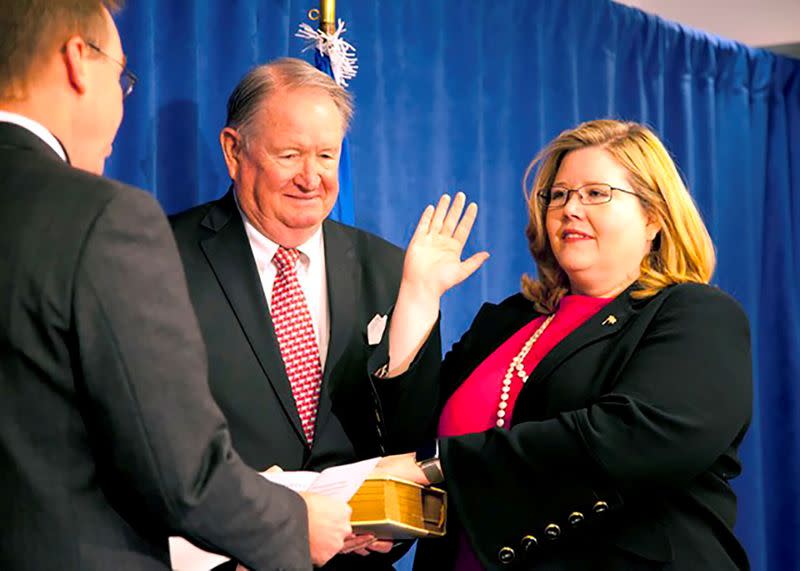 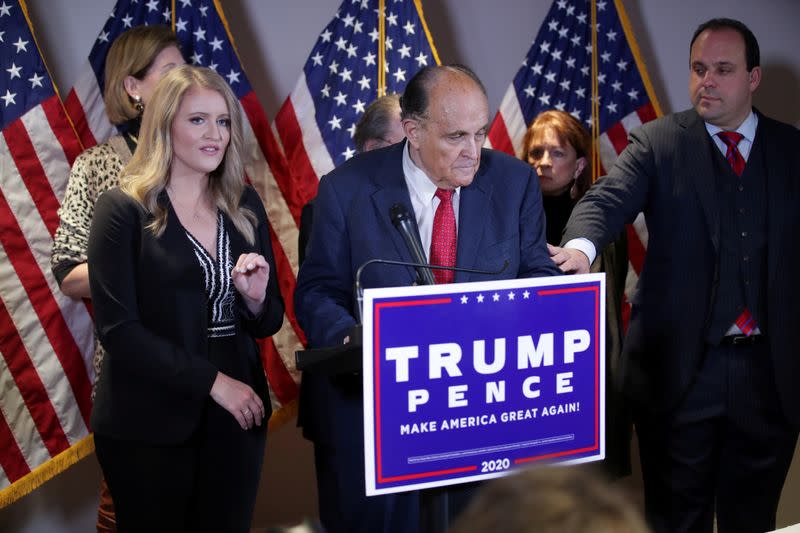 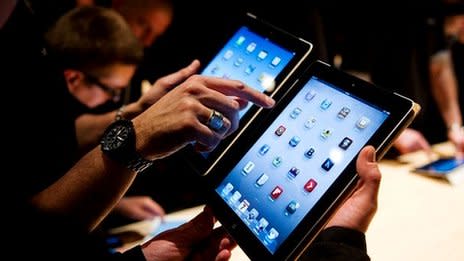 Apple’s head of global security has been charged with bribery.

Thomas Moyer is accused of offering bribes in the form of iPads worth $70,000 in order to obtain concealed firearms licenses.

The charges were brought by a California grand jury on Monday. Apple did not immediately respond to request for comment.

Mr Moyer is accused of offering bribes to get them.

Under state law, it is a crime to carry a concealed firearm without a concealed weapon license.

Santa Clara County alleges that Mr Sung held back issuing concealed weapons permits to Apple’s security team, until Mr Moyer agreed to donate $70,000 worth of iPads to the sheriff’s office.

The charge sheet states that the plan was scuttled at the eleventh hour in August, 2019, when Mr Sung and Mr Moyer learned of a search warrant to seize the police’s concealed weapon license records.

The two-year investigation concludes that Mr Sung, aided by Mr Jensen in one instance, would hold back on issuing permits, refusing to release them until the applicants gave something of value.

If found guilty those charged could face prison time.

Santa Clara County District Attorney Jeff Rosen said: “Call this quid pro quo. Call it pay-to-play. Call it give to get. It is illegal and deeply erodes public confidence in the criminal justice system,” 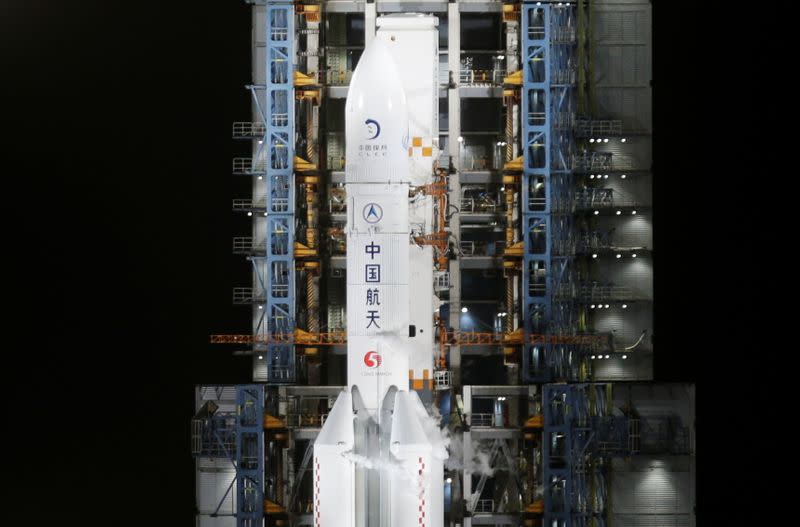 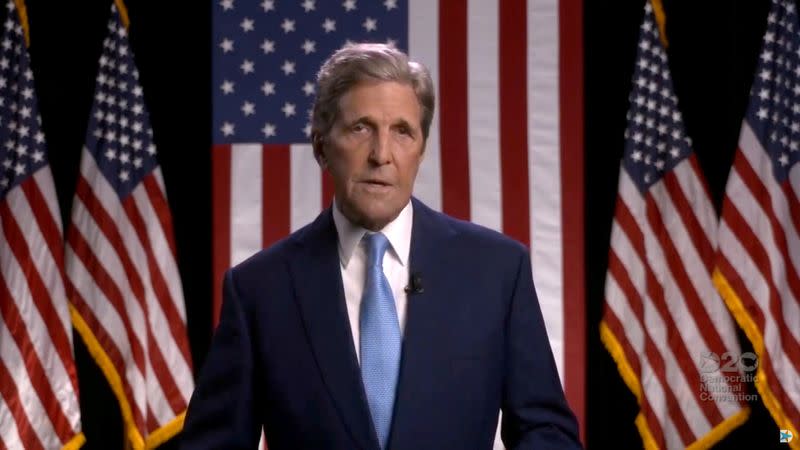 China beat the coronavirus with science and strong public health measures, not just with authoritarianism