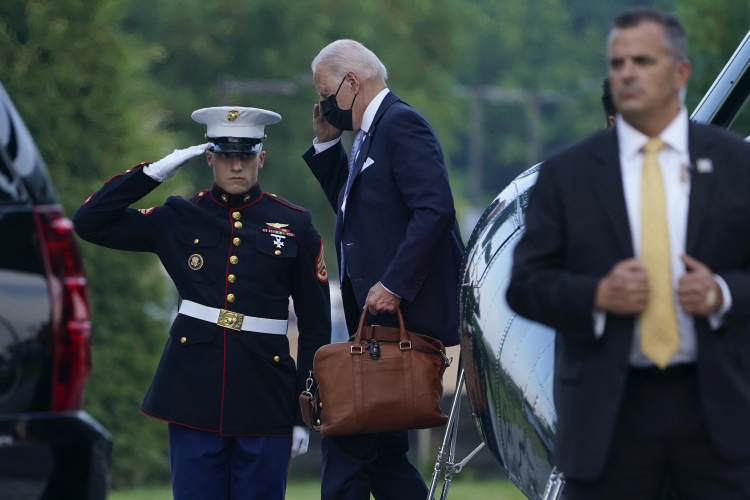 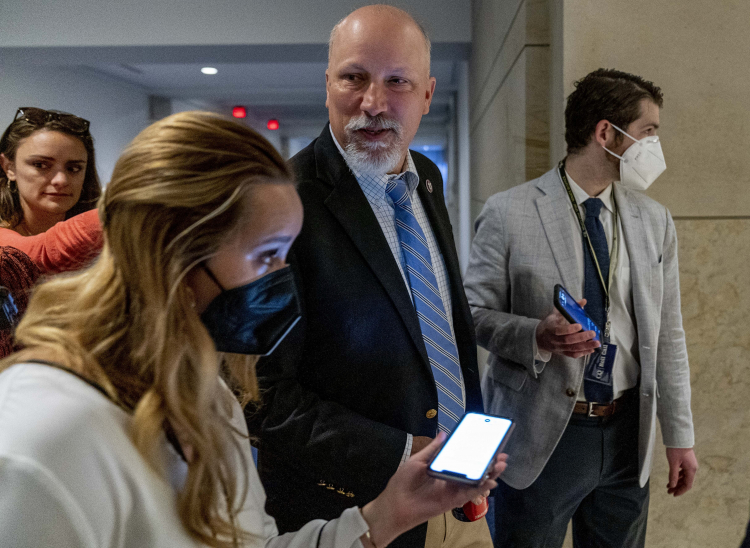 The timing was a coincidence. The contrast, unmistakable.

Reporters had gathered in the East Room Thursday afternoon for an update on the next steps the administration is planning in the coronavirus fight, and President Biden was running late. Meanwhile, Republicans were in open revolt. Just minutes before Biden was slated to start talking, Rep. Chip Roy of Texas was objecting in the House.

“If we’re going to arrest our staff, I make a motion to adjourn,” he said. The clerk started calling the roll, but Roy didn’t wait for his motion to fail, as it was destined to. Neither did more than 50 other House Republicans. They walked out of the chamber, marched across Statuary Hall, and found seats in the Senate where Mike Lee was condemning House Speaker Nancy Pelosi for reinstating a mask mandate on Capitol Hill.

The Utah Republican wasn’t expecting an audience. He wasn’t even planning a floor speech that day. Earlier that morning in his office, though, the phone buzzed. It was a bulletin from U.S. Capitol Police, and one paragraph in particular caught his eye.

“If a visitor or staff member fails to wear a mask after a request is made to do so, the visitor or staff shall be denied entry to the House Office Buildings or House-side of the U.S. Capitol. Any person who fails to either comply or leave the premises after being asked to do so would be subject to an arrest for Unlawful Entry,” the statement read.

For whatever reason, no such bulletin was issued in the Senate. All the same, it was enough to make members of both chambers, who are constitutionally exempt from arrest in such cases themselves, furious.

“Is this decision based on science, or is it based on the whims of the speaker,” Lee demanded to know. Either way, he said on the Senate floor, “the arrest of peaceful staffers shows the total loss of political grace in the House.” It was the latest in the larger debate over masks and mask mandates. It was also personal now, with young staffers caught in the middle and possibly subject to legal jeopardy.

Where was all of this trending? Lee asked. “Obviously,” he worried, “you don’t want to get to the point where somebody is wearing an armband to prove whether they have been vaccinated,” an allusion to the yellow Star of David that Jews were once required to wear by the Nazis.

That is when the president arrived for his remarks at the White House. He did not mention the unfolding Republican revolt. Instead, he outlined aggressive plans to put down the new surge of the virus, an initiative his chief of staff later described as using “a full set of carrots and sticks” to push the public into getting their shots.

He mandated that federal workers declare their vaccination status while unvaccinated members of that workforce be required to mask, test at least once a week, and socially distance.

He directed the Department of Defense — led by Secretary Lloyd Austin, who sported both a facemask and a medical face shield earlier in the day — to look into making the shot mandatory for the military.

He called on state and local governments to incentivize vaccination by offering $100 to anyone finally willing to get two shots of the inoculation.

“After months and months of cases going down, we’re seeing a spike in COVID cases. They’re going up,” Biden explained as he outlined the new requirements. “Why? Because of this new form, this new variant called the ‘delta variant.’” More Americans need to get their shots, he said, and fast. In the meantime, and in certain circumstances prescribed by the Centers for Disease Control, both the vaccinated and unvaccinated should mask up.

“Why?” Biden said, setting up another question. “Because even if you’ve been fully vaccinated and protected from severe illness from COVID-19, you could have the delta variant in your system and spread it to someone who isn’t vaccinated.” The return of the mask was necessary, the president summed up, “to stop the rapid spread of this virus as we work to get more people vaccinated.”

Biden was still talking when Sen. Ted Cruz pulled his iPhone from his pocket to read a lengthy quote on the Senate floor from Lord Acton, the one that ends with how “power tends to corrupt, and absolute power corrupts absolutely.” Applying the maxim to current circumstance, the Texan said Pelosi must be “drunk on power.” He asked, “Who the hell is she to be fining members of the House?

“Nancy Pelosi is telling somebody who is an employee of the House, if you’re vaccinated and you don’t wear your mask, she will arrest you and throw you in jail. How dare she!” Cruz continued. “That is an abuse of power. And I will tell you, the America people are watching this political theater play out in Washington, and they understand what’s coming next.”

What could be coming next was the subject of Sen. Marsha Blackburn’s speech. The CDC’s mask guidance and the Capitol Police bulletin were signs of things to come. “We know that what is happening today is not necessarily about masks,” the Tennessee lawmaker warned. “This is about continuing to perpetuate these lockdowns.”

A version of that question was put to the White House earlier in the day. During the daily briefing, Biden’s principal deputy press secretary, Karine Jean-Pierre, seemed not to rule out the possibility of future lockdowns and school shutdowns if they were prescribed by the CDC. So later, she clarified her points on Twitter that “we will not be going back into lockdowns. Why? Because we now have the tools to put this virus behind us.” Plus, Jean-Pierre noted, Biden had said of lockdowns earlier in the week, “We are not going back.” But that isn’t exactly what the president said Thursday afternoon.

A reporter asked if the shutdowns could return, just as the masks had, given that the science is evolving, the virus is clearly evolving as well, and even Dr. Anthony Fauci has said the country is “headed in the wrong direction.”

The president, flummoxed perhaps, answered, “Well, look, you’re take — you’re literally correct on everything you said, but it doesn’t make — come to the conclusion you’re implying.” Give him a magic wand, Biden continued, and he would make sure every American was vaccinated.  “Then, in fact, we would be out of the woods.”

The leader of the free world does not, however, possess such a wand. The closest thing the country has to magic is the medical miracle that is the vaccine. Even then, Biden continued, “can something else happen a year from now?  Can there be a different virus?  Can there be something?  It’s possible.  But I’m talking about COVID and the existing variants that have come forward so far.”

Biden started walking away after taking a few more questions. He had not called on Fox News, and that network’s White House correspondent started shouting. “Mr. President, you said, ‘If you are fully vaccinated, you no longer need to wear a mask,’” Peter Doocy hollered. At this, Biden swung around.

“You did. I have the quote,” the reporter shot back.

“I said if you’re fully vaccinated in an area where you do not have,” the president said, now fully committed to the back-and-forth. “Well, let me clarify it.”

Back in May, Biden made it sound like the country had reached the beginning of the end of the pandemic. He said the new rule was “get vaccinated or wear a mask until you do.” He did not retreat from that statement Thursday, but said it “was true at the time because I thought there were people who were going to understand that getting vaccinated made a gigantic difference.” Things have changed. “A new variant came along, they didn’t get vaccinated, it was spread more rapidly, and more people were getting sick,” Biden noted. “That’s the difference.” Then he left.

Conservatives are still suspicious new lockdowns are on the horizon. They don’t seem too afraid of fines or even arrest, though. A small gaggle of twenty-something GOP aides gathered in a hallway of the Cannon House Office Building on Thursday to play beer pong and cornhole, something plenty of staffers have done in more normal summers. A scolding senior Democratic aide reported he “even smelled a cigar.”

The young Republicans racked and re-racked their cups, unmasked and apparently unafraid of arrest. 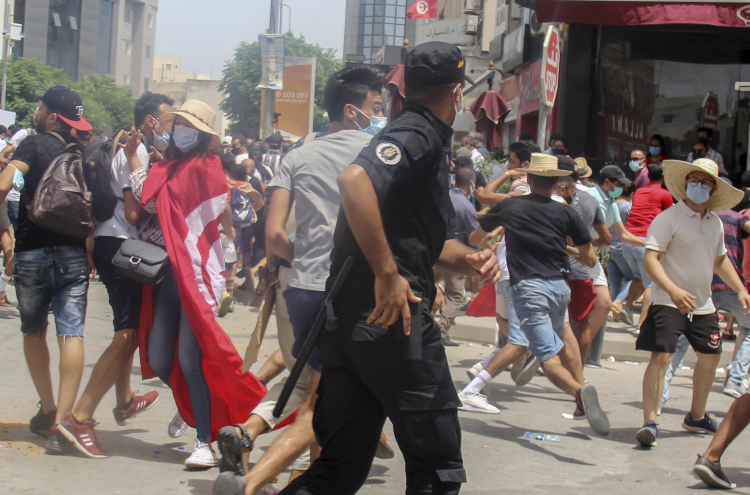 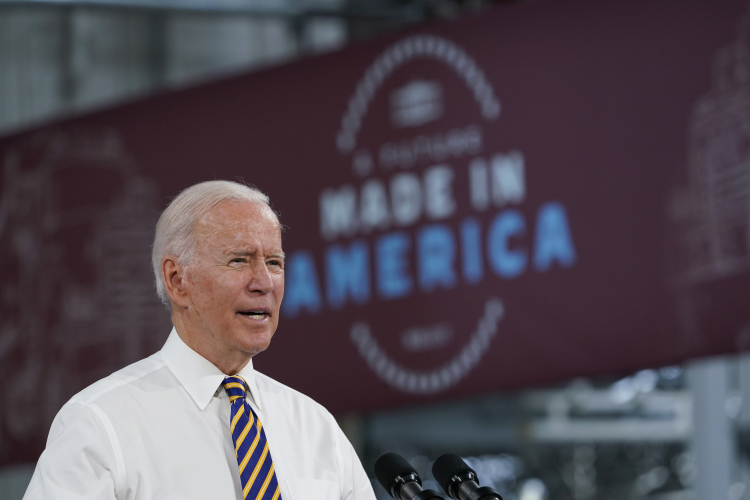 Promoting good policy can also compel the GOP to defend the indefensible. 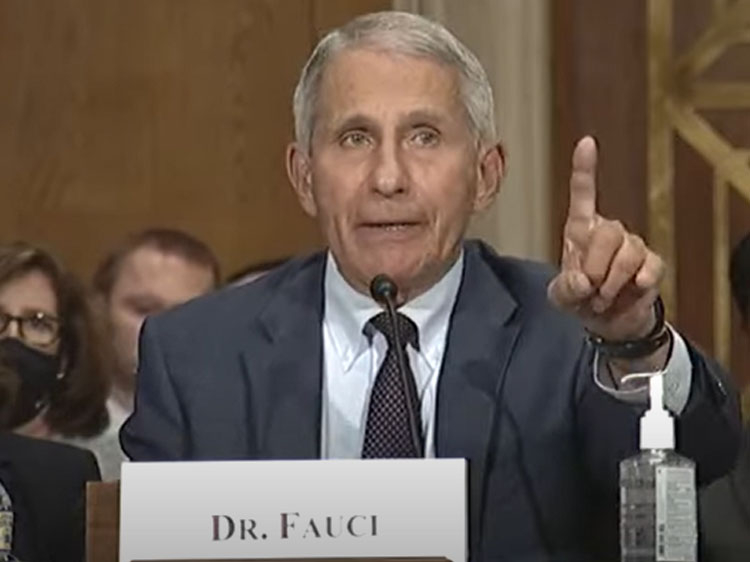 America’s lagging vaccination rates correlate to citizens’ distrust of the CDC. And with Delta raging, Fauci may take the fall for this mess. 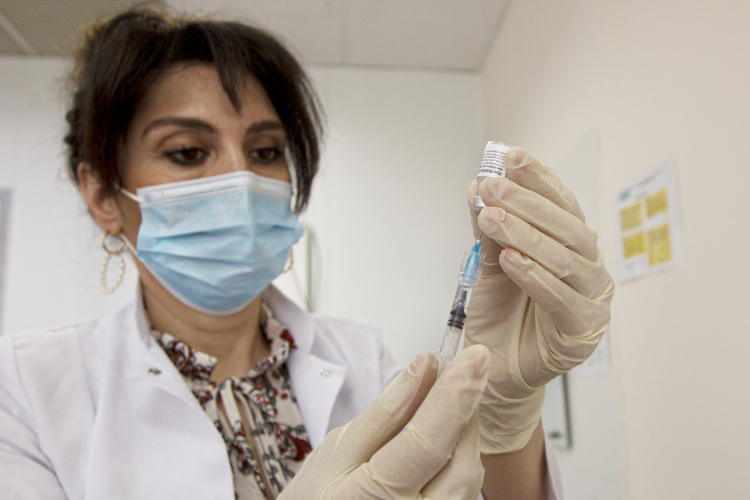 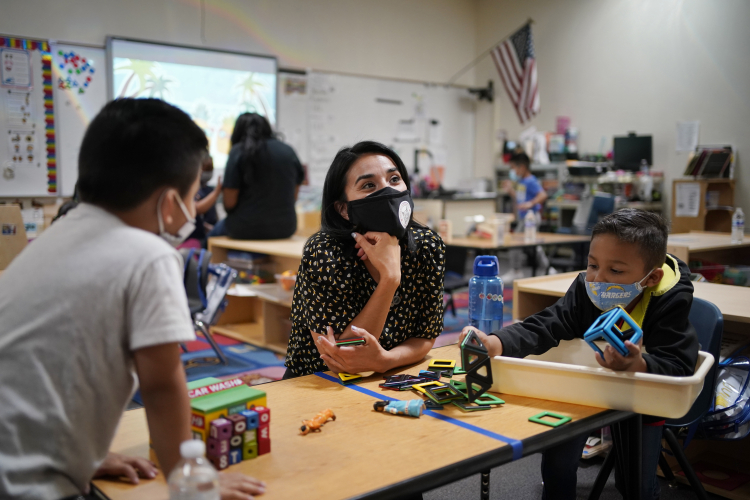 On Tuesday afternoon the Centers for Disease Control officially recommended vaccinated individuals wear masks indoors. For children under 12, the CDC wants mask worn for hours inside the classroom. 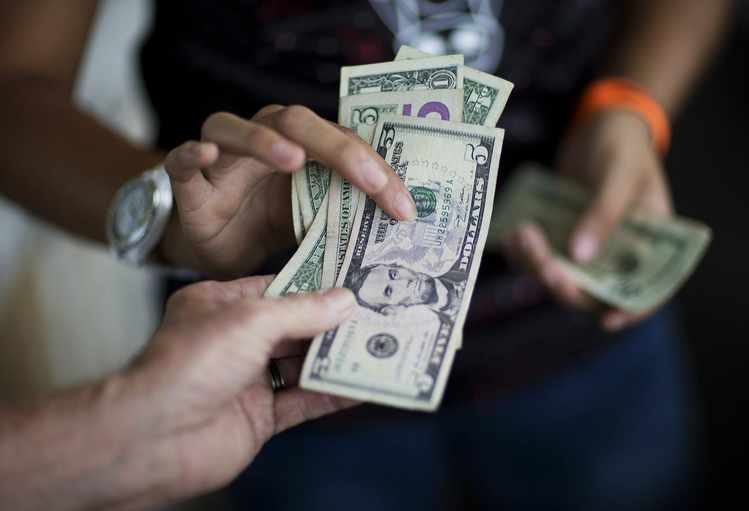 Americans across the aisle believe that growing the economy should be the country’s top priority. Few favor stopgap measures like income redistribution-a quick look at how the two approaches differ. 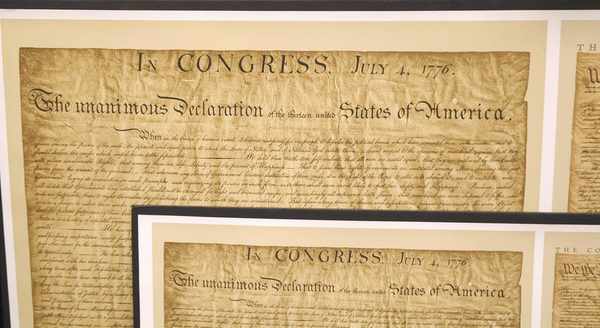 Conservatives have rightly criticized Democrat attempts to federalize elections as nothing more than a thinly veiled effort to secure liberal majorities in all future elections. But more than just undermining election integrity, the left’s “voting reforms” would fundamentally corrupt the American constitutional order, harkening back to an era of corruption in the British government that helped spark the movement for independence in this country.

END_OF_DOCUMENT_TOKEN_TO_BE_REPLACED 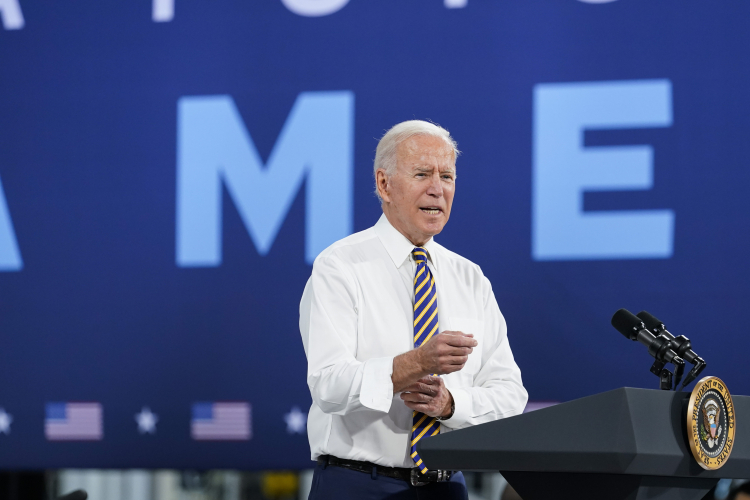