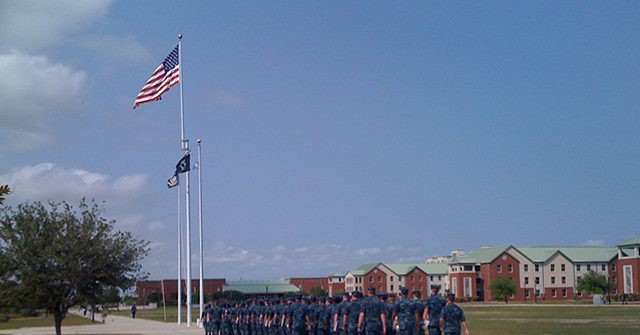 The gunman who opened fire at Naval Air Station Pensacola, killing three, is reportedly a foreign national from a Middle Eastern country.

The gunman opened fire Friday morning, killing three innocents and causing numerous others to be transported to the hospital for injuries.

The Associated Press reports that the gunman was an aviation student from Saudi Arabia.

The policy also points out that “state issued ‘concealed weapons permits’ are not recognized on any Navy installation.”

The firearm policy allows guns to be brought on base after obtaining approval from a commanding officer but notes that such firearms “may only be stored in the installation’s armory.” Moreover, during transport onto the installation, all firearms are to be “unloaded and secured with a trigger lock and ammunition must be carried in the farthest most possible location away from the firearm.”