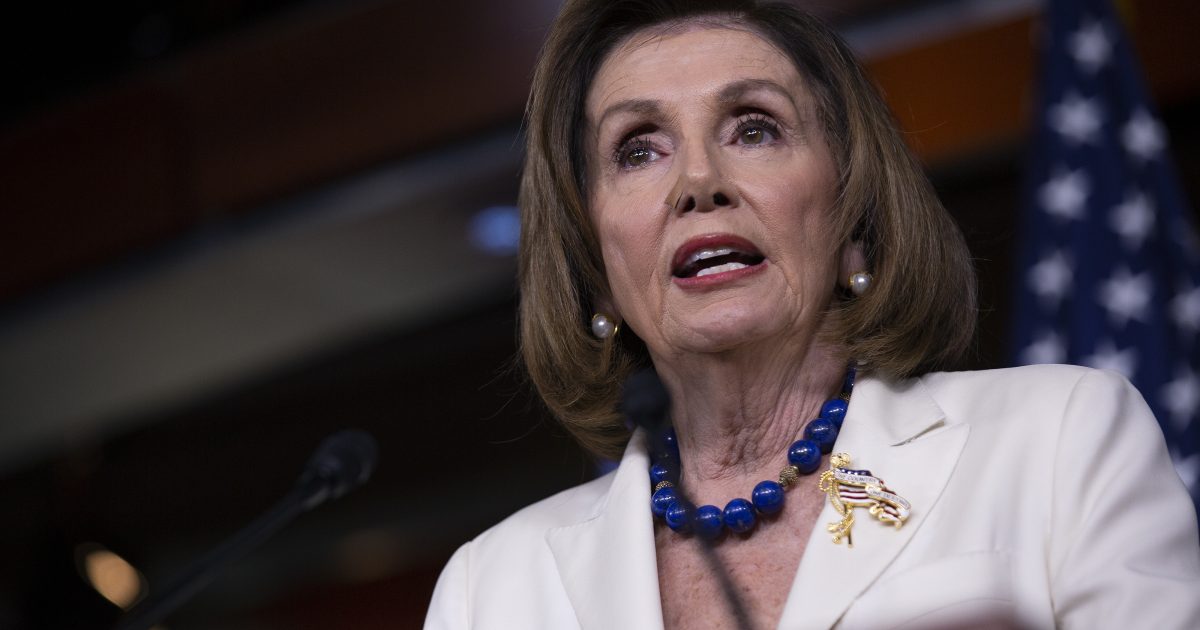 The new trade pact between the United States, Canada, and Mexico is a mixed bag, but one of its undeniably excellent components is a provision that effectively exports American protections for online free speech to other countries.

But Speaker of the House Rep. Nancy Pelosi (D–Calif.) is reportedly pushing to cut that language from the United States-Mexico-Canada Agreement (USMCA) before Congress votes on the new trade deal. The Wall Street Journal reported earlier today that Pelosi is considering removing the liability protections for online platforms from the trade deal because including that language might make it more difficult for lawmakers to hack away at those same protections domestically.

“There are concerns in the House about enshrining the increasingly controversial…liability shield in our trade agreements, particularly at a time when Congress is considering whether changes need to be made in U.S. law,” a spokesman for Pelosi told the Journal.

As I’ve written before, the USMCA—as well as a new trade deal between the U.S. and Japan—will include provisions shielding tech companies from liability for content, similar to the protections offered by Section 230 of the Communications Decency Act. Though it’s not a simple copy/paste, the trade deals effectively duplicate Section 230’s promise that platforms will not be held liable for user-created content—like videos posted to YouTube or comments made at the bottom of this article.

This matters because Section 230 is basically the internet’s First Amendment. Putting that language into trade deals would allow online platforms doing business across North America to operate under the same legal standard, and would help establish that standard on the wider web. There are already competing legal frameworks out there—the European Union, for example, requires online firms to abide by more stringent regulations, and there is nothing free or open about China’s online space. Those differing legal frameworks for the digital world are inevitably going to clash with one another, and binding together governments to protect free speech online makes a lot of sense.

“The inclusion of Section 230 language in the USMCA is a win-win for all signatories,” says Carl Szabo, vice president and general counsel for NetChoice, an advocacy group that favors the inclusion of online liability protections in trade deals. “Consumers gain access to an abundance of online content, and businesses can connect directly to customers using e-commerce marketplaces and social media marketing.”

But beyond those more esoteric reasons for including Section 230-ish language in America’s trade deals, Pelosi’s attempt to cut it for domestic reasons also doesn’t make sense. Putting liability protections in trade deals does not mean Congress can’t rewrite Section 230. Indeed, lawmakers frequently debate or rewrite domestic laws that are similar to provisions included in trade deals. Having intellectual property protections written into NAFTA, for example, has not stopped Congress from adjusting copyright laws in America.

Right now, lawmakers on both sides of the aisle are pressing to make changes to Section 230 in a misguided attempt at holding tech platforms like Google and Facebook legally liable for comments, tweets, and Facebook posts. That would be a change for the worse here in American, and it doesn’t make sense for Pelosi to weaken the USMCA just so rank-and-file Democrats (and Republicans) can strip Section 230 protections here in America too.