Parler Is Gone, But Hackers Say They Downloaded Everything First 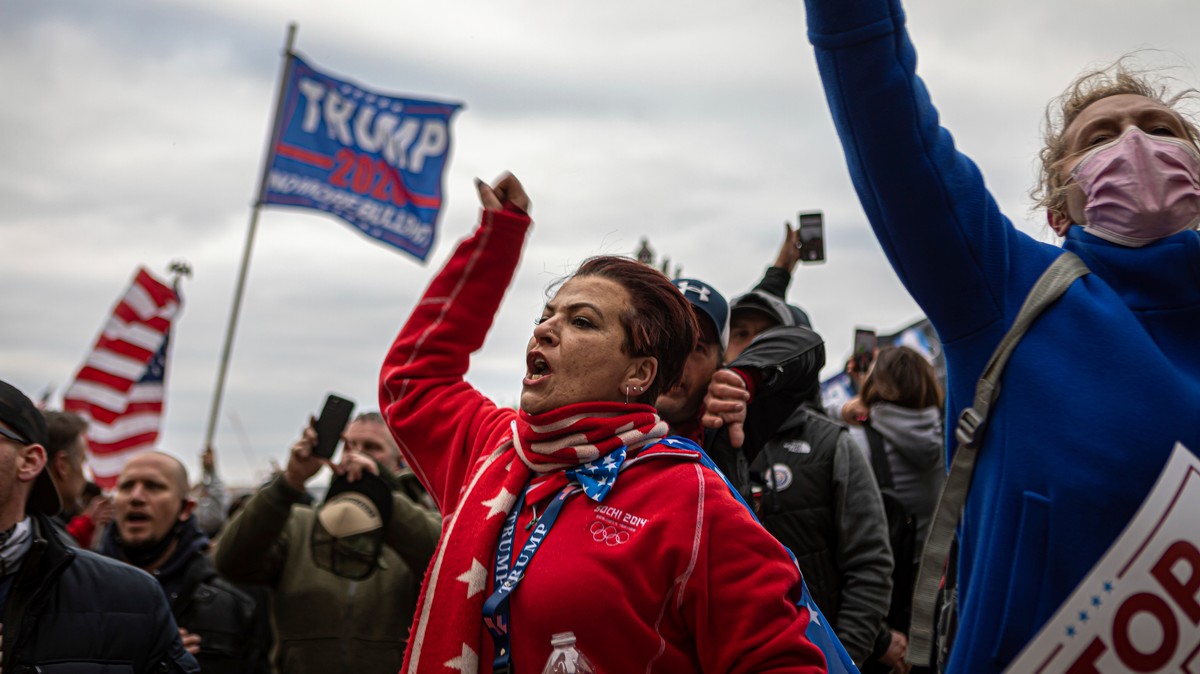 Unraveling viral disinformation and explaining where it came from, the harm it’s causing, and what we should do about it.

Right-wing social network Parler was taken offline in the early hours of Monday morning, but not before hackers found a way to download all data posted by users — including messages, images, and videos shared during last week’s attack on the Capitol.

The data taken from Parler is still being processed, but Trump supporters are already voicing their concerns about what the data dump could expose about them and their activity in Washington, D.C. last week.

Twitter’s decision on Friday to ban President Donald Trump from its platform permanently — together with a raft of major QAnon accounts — should have a boon for Parler, the right-wing Twitter alternative that positioned itself as a “free-speech social network” but was in effect home to hate speech, anti-Semitism, and wild conspiracies.

But before CEO John Matze could even begin to dream of Trump moving his 80 million followers from Twitter to Parler, the roof fell in.

First, within minutes of Trump’s Twitter ban, Google announced it was banning the Parler app from its app store because of lax moderation policies.

A day later, Apple followed suit, and on Sunday, Amazon Web Services, where Parler hosts its platform, announced that it would be pulling the plug.

And so, just after 3 a.m. ET Monday morning, Parler went dark. But that’s not even the worst of it.

A hacker who goes by the name Crash Override on Twitter claims they were able to reverse-engineer the Parler iOS app, in order to find a web address that the application uses internally to retrieve data.

That allows the hacker to make a list of all posts, videos, and images uploaded to Parler — including posts that users had deleted, such as those referring to the Capitol attack last Wednesday.

Like most online services, Parler didn’t actually delete user posts; they simply marked them as unviewable and omitted them from search results.

Initially, the hacker worked on downloading the data herself, but when Amazon announced it was going to shut off access, they urged her followers to join in by publishing a list of all the posts.

The hacker set up a crowdsourcing system where multiple people could help download the content. The downloaded data is now being processed before being uploaded to the Internet Archive, where anyone will be able to view or download it — including the open-source intelligence community and law enforcement agencies.

And the possibility of everything coming out has scared some Trump supporters.

“The intent is a mass dox and a list to hold patriots ‘accountable’. It is too late to scrub your data, and it’s already archived. There is nothing you can do to prevent what’s already happened. All you can do is prepare for the fallout. Accountability may come in many forms for our free speech, doxing, jobs might be called, addresses leaked and people coming to your house, etc.”

Matze had said it would take the company a week to get back up and running with a new provider after Amazon’s decision. But in his final post on Parler before it went dark, the CEO sounded much less optimistic about coming back online.

“We will likely be down longer than expected [because] most people with enough servers to host us have shut their doors to us,” Matze said.

Because Twitter has cracked down on them and Parler has been de-platformed, extremists and QAnon adherents have been dispersed to other corners of the internet.

Many have joined Gab, another so-called “free-speech” social network that has become home to hate speech and anti-Semitism. One of its major QAnon groups, the Great Awakening, has seen a flood of new members in the last couple of days.

Elsewhere, many Telegram channels are reporting an influx of Parler refugees on Monday morning, and a number of major Twitter accounts that were banned on Friday have set up a new Telegram channel that already has 32,000 subscribers.

PrevPreviousYes, Trump can pardon himself, but …
NextSave 15% sitewide on bedding, loungewear, and moreNext