Opinion: The US Capitol attack has left an indelible mark on our national security 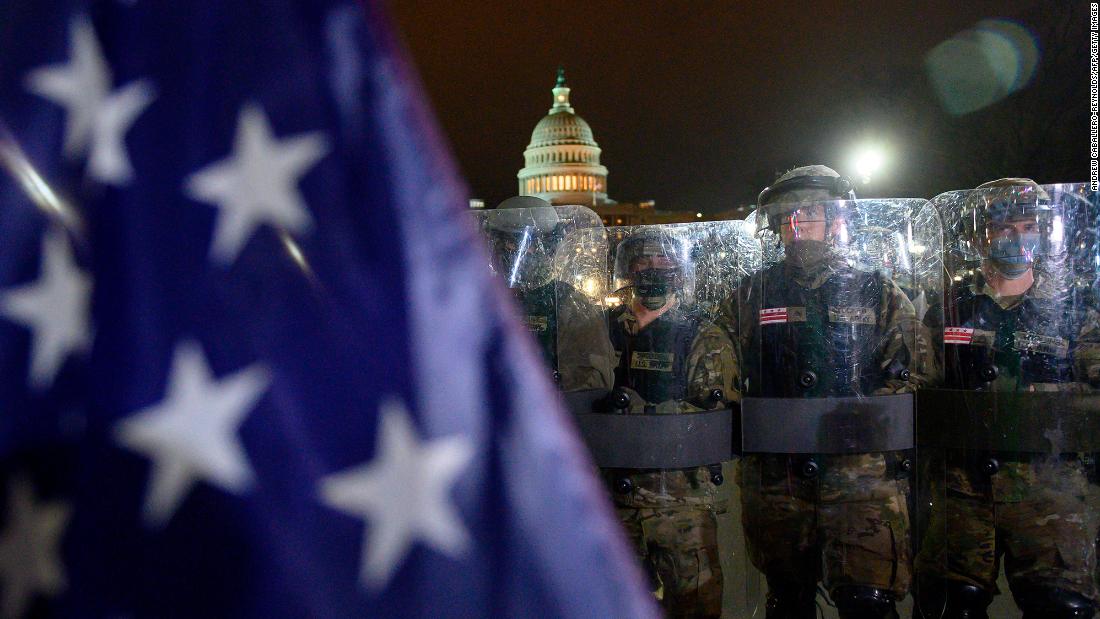 The domestic threats to homeland security in the near term are manifold. President Donald Trump is both the symptom and the cause of so much of the violence wracking our country. Law enforcement officials must deal with their regular day-to-day work while also trying to secure some of our most important assets from attacks like Wednesday’s. Twitter, which announced the suspension of Trump’s personal account on Friday, issued a statement that said, “Plans for future armed protests have already begun proliferating on and off-Twitter, including a proposed secondary attack on the US Capitol and state capitol buildings on January 17, 2021.”
Given that the threat to our Capitol, our lawmakers and other personnel remains active, House Speaker Nancy Pelosi has called for each day before inauguration to be treated as a national security event — one that would require additional law enforcement and intelligence assets. We have already seen more security measures, including the installation of a nonscalable fence around the US Capitol and the deployment of additional National Guard personnel in DC.

To mitigate this unprecedented domestic threat — albeit belatedly — law enforcement, along with the intelligence community, will need to reallocate resources. This is necessary, although malign actors not associated with the recent violence may take advantage of this perceived window of opportunity to hit us in other areas. Certainly Russia, which has long used influence operations to sow division and amplify conspiracy theories in the United States, will attempt to exploit this period for its own purposes.

The US is also particularly vulnerable, given that the world knows that our government is not fully functioning. The President of the United States by turns poses active threats to our democracy, or is completely missing in action (which may be the safest thing for all of us at the moment). He isn’t getting briefed on threat streams or leading the homeland security response. The executive branch is in disarray. Senior officials are resigning and cabinet members have reportedly discussed removing him from office. Potential impeachment is on the docket.
Pelosi said she spoke to the chairman of the Joint Chiefs of Staff, Army Gen. Mark A. Milley, about the “available precautions for preventing an unstable president” from initiating military operations and accessing nuclear codes to launch a nuclear strike. Regardless of whether that might be possible based on the legal chain of command, the message is clear: our national security apparatus is in disarray.

This reality may further inspire bad actors — both foreign and domestic — to leverage this moment for their own dangerous purposes.

Trump officials who are choosing to step down from their posts are only adding to the risks now. To be blunt, these resignations are not profiles in courage. These are people who served Trump up until he inspired a deadly insurrection. They served Trump despite his incendiary rhetoric, praise for extremists and attacks on democracy. Resigning now is a profile in cowardice — we need people to stay put and keep the wheels of government running to ensure the smoothest transition of power possible. Trump officials should speak up if they feel a moral obligation to take a stand, but the important thing at this point is to keep working. For cabinet officials, they have a constitutional obligation to consider the 25th Amendment and that requires them to stay on the job.

The indelible scene of the United States failing to protect itself from its own citizens deeply tarnishes our image when it comes to signaling that we are able to fend off external threats. The inability, or unwillingness, of officials to secure the US Capitol despite weeks of warning makes it seem as if we are asleep at the wheel.

These threats are only adding to the serious national security challenges posed by Covid-19, an ongoing cyberattack, and the transition period.

Strategically, US credibility is also under assault. The day our Capitol was attacked, Secretary of State Mike Pompeo issued a statement about supporting democracy in Hong Kong. The hypocrisy is galling. This comes after the Trump administration consistently attacked democratic freedoms at home for four years, while trying to promote them abroad.

After Wednesday’s insurrection, we may be given the backseat in global democratization efforts going forward — at least until we repair some of the damage here at home. This will delight adversaries like Russian President Vladimir Putin and Chinese President Xi Jinping, who have long fought to undermine US credibility, and it will horrify people around the world who have relied on the United States to protect democracy in their own countries.

The longstanding unwillingness of this country to confront the dangerous divisiveness and conspiracy theories that led to the attack on the Capitol is also a vulnerability. Certain threats get special treatment. President-elect Joe Biden called out this double standard in his remarks on Thursday, saying, “If it had been a group of Black Lives Matter protesting yesterday … they would have been treated very, very differently than the mobs of thugs that stormed the Capitol.” Acknowledging this is an important step, but designing and implementing a strategy to address this inequity will take time.

Americans now face a stark reality. Donald Trump wasn’t born yesterday — despots don’t appear out of thin air, they grow emboldened over time with the help of enablers, and we have watched it happen. There are no statements or resignations in the aftermath of Wednesday’s attack that can erase any of that. So many stood up and supported a yearslong attack on our homeland by the very man charged with protecting us. So many others stood by and excused or rationalized inexcusable, dangerous and unpatriotic behavior.

Similarly, terrorists aren’t radicalized overnight. They plan and execute violent and criminal acts after being supported, inspired, and incited over time. We have seen extremists egged on by the very leader who was ultimately responsible for countering them. And so many people — whether through active support or silent, blind obedience — enabled this violence.

In the days ahead, we need to focus on securing the homeland and restoring our democracy. Doing so requires judiciously examining and acknowledging all of those who made possible this attack on our homeland. Our security depends on it. We need to understand what happened and who is accountable so that we can work to prevent it from happening again.

Ever since I can remember, my father has taught me lessons from his childhood. He taught me about the cost of enabling violence, whether through actively supporting it or remaining silent. We saw this fatally play out before our eyes on Wednesday.