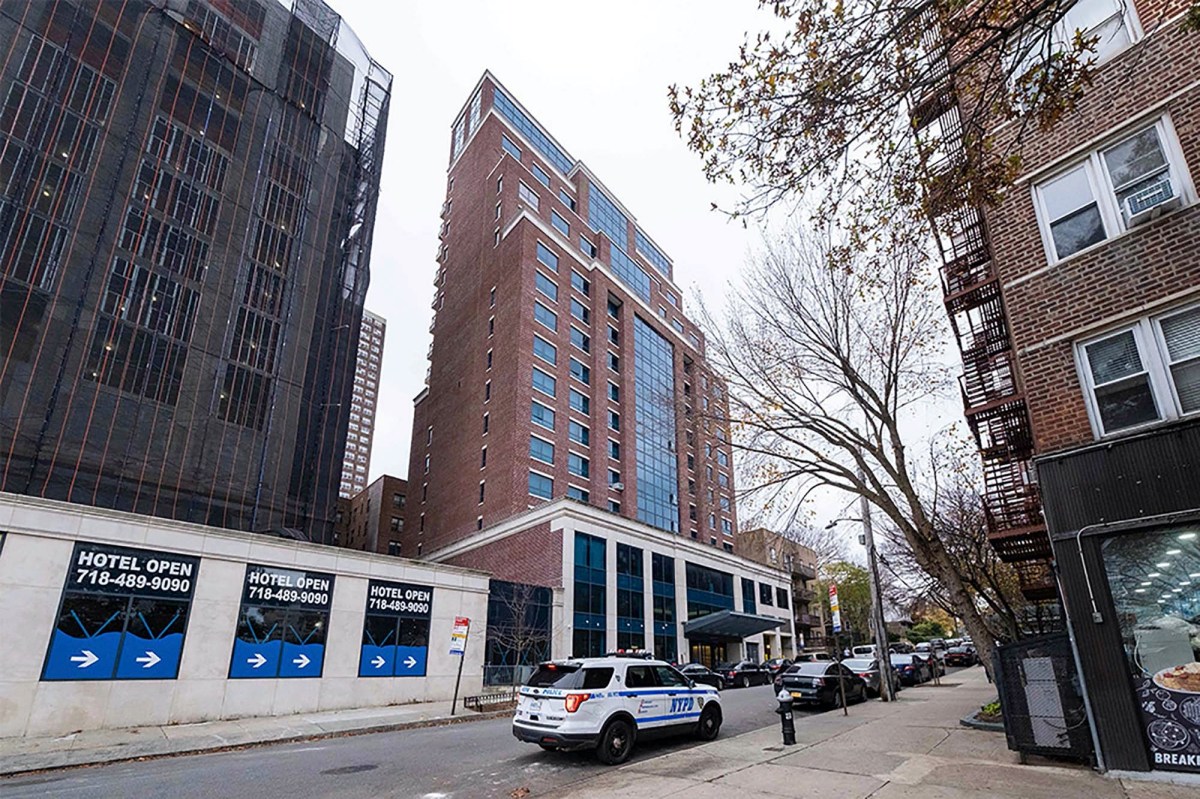 A notorious Queens hotel that was the scene of the city’s first shooting homicide on New Year’s morning — and which has long been considered a danger and nuisance by neighbors — has closed.

The Umbrella Hotel in Kew Gardens Friday night had “hotel closed” signs posted at the lobby entrance, informing neighbors and potential customers that it is no longer in business.

The hotel — at Queens Boulevard and 82nd Avenue — is located across from Borough Hall and near the Queens courthouse.

After months of complaints, Mayor Bill de Blasio said Monday he was moving to shut the hotel after a triple shooting early New Year’s morning left 20-year-old Robert Williams dead and two others injured and hospitalized.

Neighbors filed more than 100 complaints to authorities and local lawmakers, saying the hotel had become a hub for drugs, prostitution and violence.

They also complained the hotel housed illegal clubs set up by partygoers who rented rooms at cheap rates during the pandemic.

A shooting took place at the Umbrella over the summer; the local 102 Pct. had been stationed outside virtually 24/7 for months.

Queens Borough President Donovan Richards and local legislators had joined neighbors in calling for the hotel to be shut down.

The Guardian Angels began patrolling around the Umbrella on Monday as the mayor vowed he would move to shut it down.

De Blasio called the report of a murder of an innocent young man, “very, very painful” and said the hotel “has been a blight on our community and it should not be that going forward.”

“So we’re going to use all the power of the city government to get that closed and stop having the community suffer from what’s happened at that hotel,” the mayor said.

Richards, the new borough president, said it was “good news” that the Umbrella was closing but took no joy because of the killing of Robert Williams, who he knew as a good kid from his Rosedale neighborhood.

“Unfortunately it took the death of a promising young man to close this place. I’m outraged. This death was preventable,” Richards said Friday night.

Neighbors complained it took a tragedy to rouse City Hall.

“The closing of the hotel should have occurred months ago. At the outset of the pandemic when bars and clubs closed, the owners acted irresponsibly by lowering room rates which attracted a virtual crime wave to the hotel and created conditions for the spread of COVID,” said Kew Gardens resident Pamela Reinertsen.

“As the violence escalated, it was a matter of time before someone got killed. The Mayor’s Office made light of our concerns until the tragic death of a young man in front of the hotel last week.

“Mr. Williams’ senseless death would likely not have occurred had the Mayor’s office not dragged its feet for months regarding the community’s concerns over the uncontrollable crime at this facility.

“In the future,” she said, “the community expects the City to ensure that this facility will not be used to disrupt and destroy the quality of life in Kew Gardens.”

The building that houses the Umbrella is mixed use. Floors four to ten are dedicated to the hotel and 11 to 20 have apartment units that are rented to year-round tenants.

It’s likely the apartment complex will remain open in the short-term.