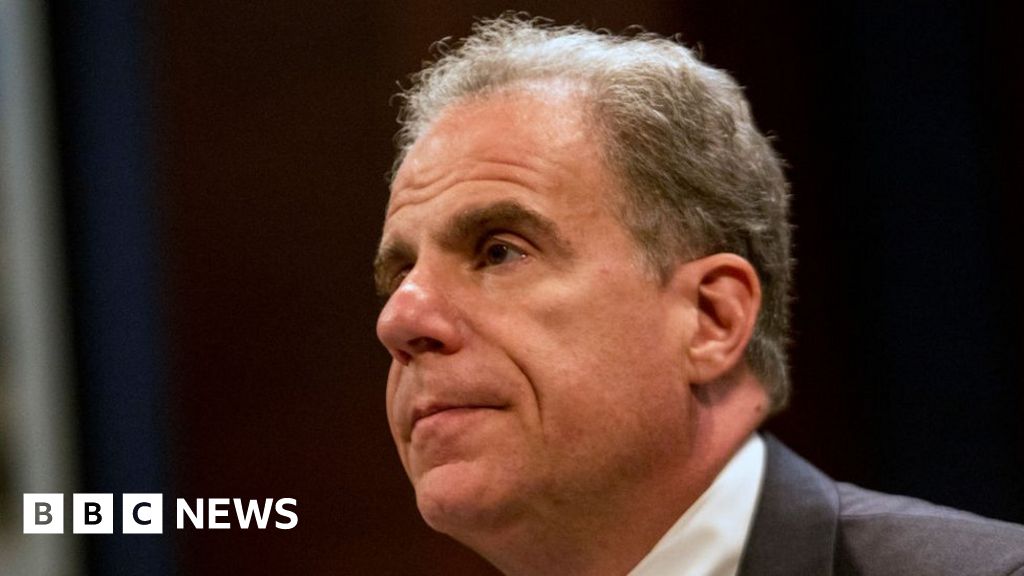 A US watchdog has found no evidence of political bias when the FBI launched a probe into the 2016 Trump campaign, despite “serious performance failures”.

The US Department of Justice inspector general’s report concluded the law enforcement bureau had “authorised purpose” to initiate the inquiry.

But the report also found applications to spy on a Trump aide had “significant inaccuracies and omissions”.

Since then, he has reviewed more than one million records and conducted over 100 interviews.

The FBI launched its inquiry in 2016 to look for any collusion between the Trump campaign and the Russian government before the US presidential election.

The watchdog’s report sought to assess the basis for the FBI’s surveillance of Carter Page, a former Trump campaign adviser who had lived and worked in Russia.

Mr Horowitz’s report found the FBI’s use of confidential informants was in compliance with agency rules.

But the inspector general identified 17 “significant inaccuracies or omissions” when the FBI applied to the Foreign Intelligence Surveillance Court (Fisa) for surveillance warrants to monitor the communications of former Trump campaign adviser Carter Page.

The watchdog said the errors resulted in “applications that made it appear that the information supporting probable cause was stronger than was actually the case”.

“That so many basic and fundamental errors were made on four Fisa applications by three separate, hand-picked teams, on one of the most sensitive FBI investigations… raised significant questions regarding the FBI chain of command’s management and supervision of the Fisa process,” the report says.

The watchdog also faulted how the FBI presented the work of former British intelligence agent Christopher Steele, who authored the so-called Steele dossier – a series of largely unsubstantiated allegations about Mr Trump.

Mr Steele was hired to do the research through a law firm on behalf of Mr Trump’s political opponents, including Hillary Clinton’s campaign.

Mr Horowitz said the FBI “overstated the significance” of Mr Steele’s past work when asserting it had been “corroborated and used in criminal proceedings”.

The watchdog also said the FBI left out relevant information about one of Mr Steele’s sources, whom Mr Steele himself had called a “boaster” prone to “embellishment”.

US Attorney General William Barr issued a statement on Monday undercutting the inspector general’s main conclusion that there was enough evidence for the FBI to launch its investigation of the Trump campaign.

“The Inspector General’s report now makes clear that the FBI launched an intrusive investigation of a US presidential campaign on the thinnest of suspicions that, in my view, were insufficient to justify the steps taken,” America’s top law official said.

President Donald Trump commented on the report ahead of its release, tweeting on Sunday that it would be “the big story”.