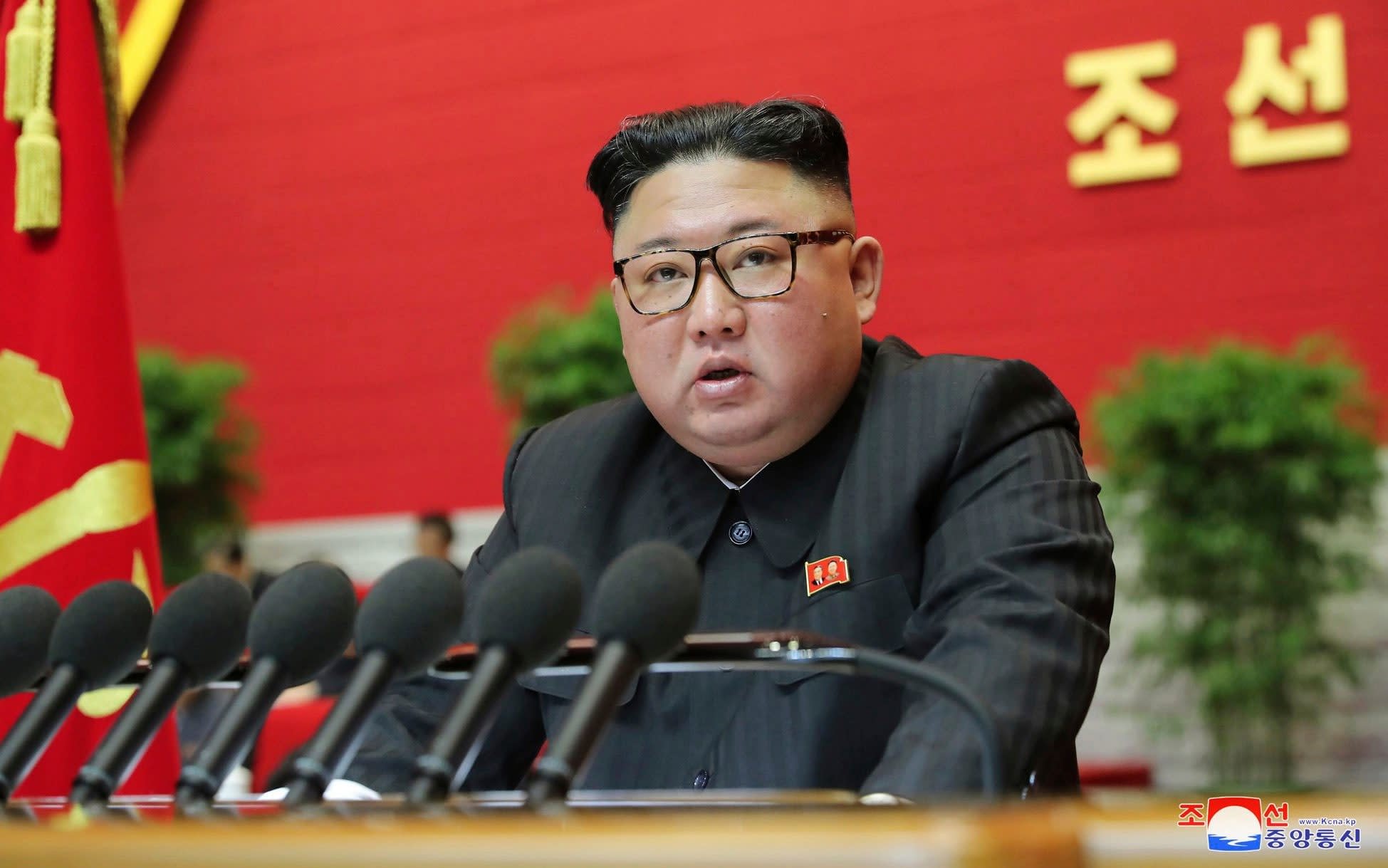 North Korean leader Kim Jong-un has said the United States is his nuclear-armed nation’s “biggest enemy”, as he threw down the diplomatic gauntlet to the incoming administration of Joe Biden, state media reported on Saturday.

The declaration comes less than two weeks ahead of the new US president’s inauguration and after a tumultuous relationship between Kim and outgoing leader Donald Trump.

Kim and Trump first engaged in a war of words and mutual threats, before an extraordinary diplomatic bromance that featured headline-grabbing summits and declarations of love by the US president.

But little substantive progress was made, with the process deadlocked after their February 2019 meeting in Hanoi broke down over sanctions relief and what Pyongyang would be willing to give up in return.

According to state news agency KCNA on Saturday, Kim said Washington’s hostile policies would not change regardless of who occupied the White House but dropping those policies would be key to North Korea-US relations.

“Our foreign political activities should be focused and redirected on subduing the US, our biggest enemy and main obstacle to our innovated development,” Kim said during nine hours of remarks over several days at a rare party congress in Pyongyang.

“No matter who is in power in the US, the true nature of the US and its fundamental policies towards North Korea never change.”

North Korea would not “misuse” its nuclear weapons, Kim said but the country is expanding its nuclear arsenal, including “preemptive” and “retaliatory” strike capabilities and warheads of varying sizes.

North Korea is preparing for the test and production of various new weapons, including a “multi-warhead rocket” and “supersonic gliding flight warheads for new type ballistic rockets”, while research on a nuclear submarine is nearly complete, he said.

“He is saying that’s basically what Washington will see going forward, which could escalate tension or open doors for talks.”

Kim’s remarks were one of the most ambitious outlines of North Korean national defence and nuclear matters in some time, said Ankit Panda, a senior fellow at the US-based Carnegie Endowment for International Peace.

“It could presage a return to nuclear testing, which is now on the table given that Kim renounced his April 2018 moratorium,” he said.

There was no immediate comment from the US State Department. A spokesman for the Biden campaign declined to comment.

Biden, who was vice president under President Barack Obama, called Kim a “thug” during the election campaign. In 2019 North Korea called Biden a “rabid dog” that needed to be “beaten to death with a stick”.

Kim had three unprecedented meetings with Trump and the two corresponded in a series of letters, but those efforts failed to lead to a denuclearisation deal or official change in the countries’ relations.

“North Korea is declaring the window for cooperation is much, much smaller for the Biden administration,” Yoo said.

Biden said in October that he would meet Kim only on the condition that North Korea agreed to draw down its nuclear capacity.

Last month Kurt Campbell, the top US diplomat for East Asia under Obama and considered a contender for a top Asia policy position under Biden, said the incoming US administration would have to make an early decision on what approach it will take with North Korea and not repeat the delay of the Obama era.

Besides US and defence policy, Kim spoke at greater length on proposals for a five-year economic plan due to be announced at the congress, which he said would continue a focus on building an independent economy.

“The basic seeds and themes of the new five-year economic development plan are still self-reliance and self-sufficiency,” he said.

The congress took steps toward “strengthening the united guidance and strategic management of the state over the economic work”.

North Korea faces growing crises caused by international sanctions over its nuclear programme, as well as self-imposed lockdowns to prevent a coronavirus outbreak.

Kim criticised South Korea for offering cooperation in “non-fundamental” areas such as coronavirus aid and tourism, and said the South should stop purchasing arms from and conducting military drills with the United States.

PrevPreviousTwitter permanently suspends @TeamTrump after string of Trump tweets
NextICUs clogged on the way in, morgues on the way out in California’s COVID crisisNext