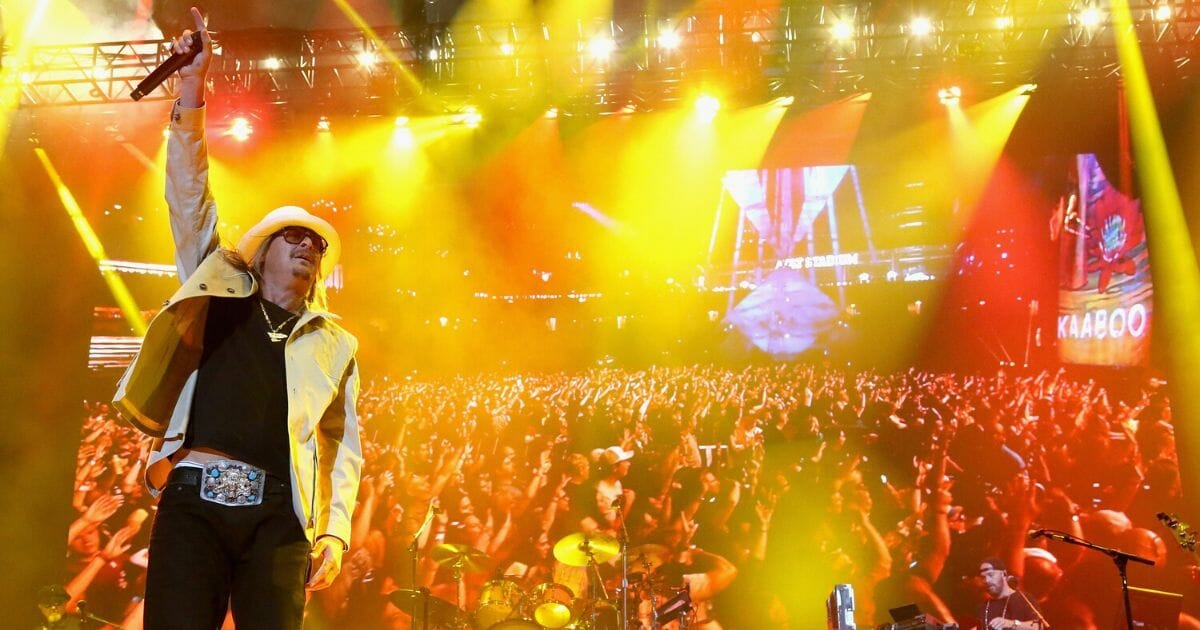 The always volatile Kid Rock is telling the city of Detroit to buzz off amid a dustup between himself and the National Action Network, an organization founded in 1991 by notorious race hustler Rev. Al Sharpton.

Rock, whose real name is Robert James Ritchie, made headlines late last month for going on a nasty drunken rant at a bar he owns in Nashville.

I’ll spare you the details of what he said, but it was not a great look for the rock star, who singled out Oprah Winfrey, among other well-known liberal celebrities, in a vulgar tirade.

In any case, NAN, which paid Sharpton more than $1 million dollars last year, seems to have been thoroughly ticked off by what Ritchie said, and is using it as pretext to try and run him out of the city.

According to The Detroit News, members of the group showed up to a media briefing Wednesday held outside a restaurant owned by the rocker, Made in Detroit.

The Ilitch family who Riddle referred to owns Little Caesar’s Arena, the multi-purpose sports complex in Detroit where Rock’s restaurant had been leasing space.

Also Wednesday, Rock released a statement indicating he would not be renewing the licensing agreement for the restaurant — a move an Ilitch family spokesperson said was “voluntarily” made.

Do you think Al Sharpton is anything more than a race-baiter?

In his announcement, Rock singled out Sharpton as a “clown” while touting the hundreds of thousands of dollars he himself has raised for and donated to Detroit, a city that has been decimated by liberal Democrats for decades.

“I will let the NAN network and others go ahead and take the wheel now. Good luck,” he wrote.

I will not be renewing my licensing agreement for my Made In Detroit Restaurant this April. I appreciate all who have…

The Rev. Charles Williams, director of NAN’s Detroit chapter, responded: “Thank you, and see you later, Kid Rock. We don’t need hate-mongering racists in our city.”

If Williams had taken a closer look around, he might have noticed that Rock isn’t the problem. Rather, it’s the failed policies of the radical left, supported by the likes of Sharpton, that have caused his city to fall on hard times.

What’s really going on here is that Michigan is a crucial swing state — one that President Donald Trump will seek to win again in 2020 after narrowly claiming victory there in 2016.

We are excited to announce President @realDonaldTrumpis coming to town for a Christmas rally in Battle Creek!

Given that black unemployment is at record lows and multiple polls are showing African-Americans to be more supportive of Trump than they were four years ago, liberals are trying to find new ways to ensure black Americans don’t vote for him.

If they do, it would likely spell doom for whoever the Democratic presidential nominee is.

Because Rock is an outspoken Trump supporter, it makes sense that NAN would target the rock star.

It’s an easy way to make it look as if Trump voters are just a bunch of racists.

That’s not true, of course, but for people like Al Sharpton, it doesn’t matter.

The only thing that matters is that Democrats retain power.

If entire cities like Detroit are pulverized in the process, so be it.