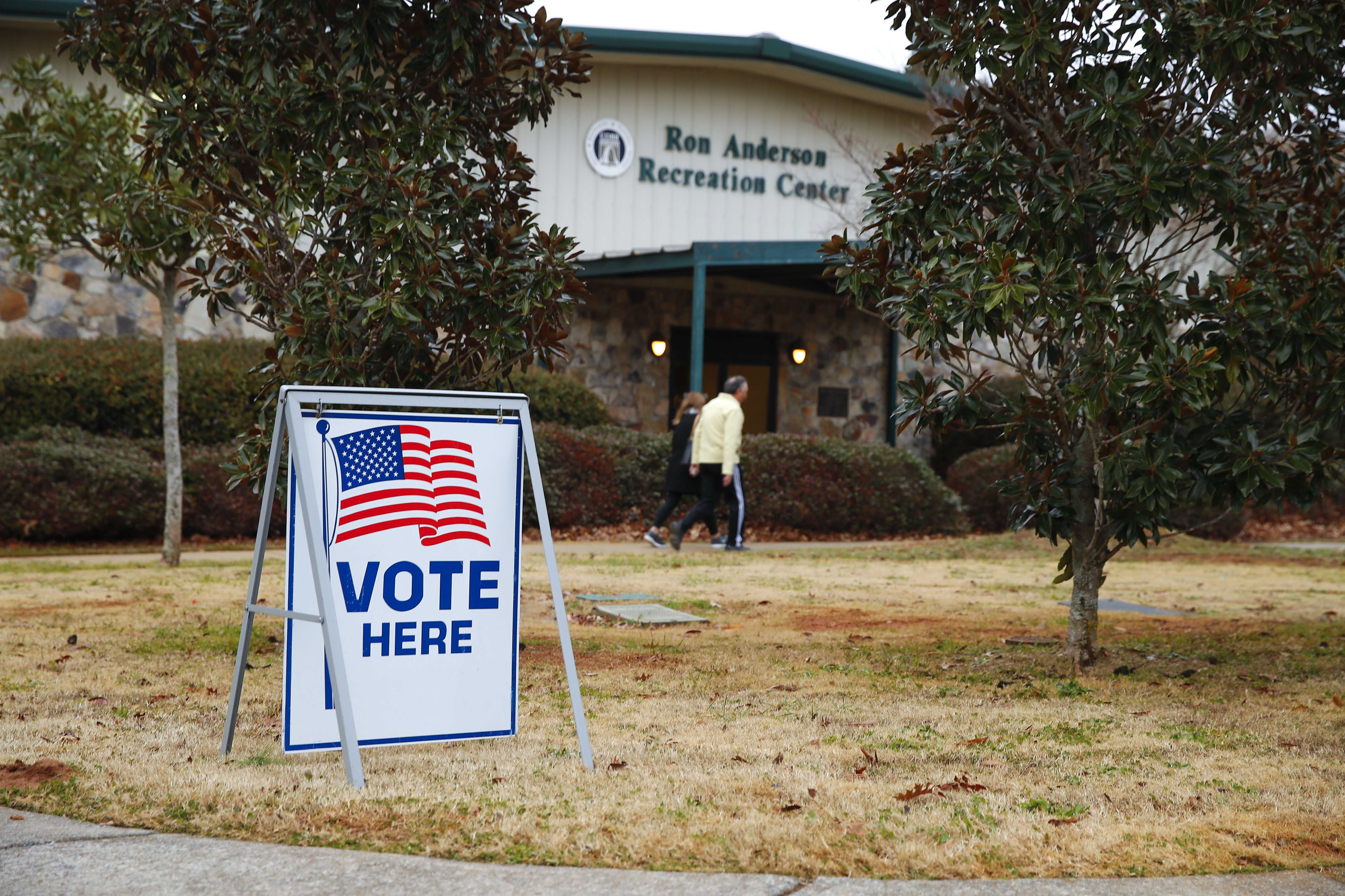 A federal judge has agreed to allow a Georgia county to require that certain voters cast provisional ballots, just days before two runoff elections in the state that will decide control of the U.S. Senate.

More than 4,000 voters faced eligibility challenges ahead of the Jan. 5 runoffs based on unverified postal change-of-address records. The new injunction from U.S. District Court Judge Leslie Abrams Gardner, issued just before midnight on Wednesday, replaces an earlier restraining order she had issued that prevented Muscogee County from forcing those voters to cast provisional ballots at all. The latest order represents a significant move in the direction the county board urged during a court hearing earlier Wednesday.

Although the county may now require provisional ballots from those voters, Gardner’s order directs that no challenges to their eligibility be upheld based exclusively on data in the National Change of Address Registry, a U.S. Postal Service database that Democrats have worried is an unreliable and unverified indicator of whether individuals have changed their legal residence.

“The challenge to their eligibility will not be sustained absent specific evidence of ineligibility,” ordered Gardner, who sits in Albany, Ga. “Such specific evidence shall not include the appearance of a voter’s name or other information on the NCOA registry”

Her order also requires Muscogee County to notify any voters for whom it finds such evidence of ineligibility and give them a chance to present evidence to count their ballot by Jan. 8.

The order came in a suit brought by Majority Forward, a Democratic nonprofit, affiliated with Senate Majority PAC, that focuses on voter registration.

Gardner, the sister of former Georgia Democratic gubernatorial nominee Stacey Abrams, had drawn fierce criticism from allies of President Donald Trump for declining to recuse from the case. Gardner, an appointee of President Barack Obama, issued a seven-page rebuttal to the calls for recusal on Thursday, saying the effort was rooted in “unsupported, irrational, and highly tenuous speculation“ about her ability to be impartial.

“One can only assume that the argument is something to the effect that if my sister is actively engaged in a cause, I cannot be impartial,“ Gardner continued. “This argument is mere speculation, unsupported by any facts that would support a finding of partiality.“

Gardner also rejected the suggestion that her sister‘s activism in support of voter registration represented a conflict. She called Abrams‘ connection to the case before her court “extremely remote.”

J.B. Poersch, president of Majority Forward, added: “We’re very happy with this ruling. This is a big win for Georgia voters who want to make their voices heard in the runoff elections.”

But the judge’s latest order on the matter represented a significant rollback of her initial restriction on Muscogee, which prevented the county from requiring the challenged voters to cast provisional ballots at all. The original restraining order prompted condemnation from Georgia Secretary of State Brad Raffensperger and drew the attention of figures such as Donald Trump Jr., who called out her connection to Abrams to fan allegations of bias.

Gardner’s order followed a two-hour hearing Wednesday on a lawsuit filed last week by Majority Forward over an attempt to challenge more than 4,000 voters in Muscogee and another 150 in Ben Hill County right before Tuesday’s election. Gardner determined that Majority Forward did not demonstrate it was likely to succeed on its challenge to Ben Hill’s decision and focused her final order only on Muscogee.

The county Board of Elections did not consent to the judge’s order, according to one of its attorneys, Thomas Gristina. But county officials signaled their pleasure with the ruling.

“The Muscogee County Board of Elections is pleased that Judge Abrams Gardner’s Order dissolves the previous temporary restraining order and allows the Muscogee County Board of Elections and Registration to resume the use of provisional ballots and its adjudication of the election challenge,” the officials said in a statement. “This is a substantial victory for the Board and demonstrates that the lawsuit is based on a false narrative and that the temporary restraining order should never have been entered.”

The board also said it was considering its appeal options, “including the issue of Judge Abrams Gardner’s decision not to recuse herself from this matter.”

Some of the county officials who are defendants in the case had pressed Gardner to recuse herself from the case because of her relationship with Abrams, who has emerged as a major force to register new voters and to overhaul the state’s laws to rein in practices that she contends amounted to voter suppression.

The judge’s role in the case has drawn national attention and criticism from top Republican Party voices.

“Stacey Abrams sister is the judge… nothing shady at all here,” Donald Trump Jr. wrote on Twitter on Wednesday morning. “If it were reversed the Democrats would be screaming for recusal etc. but the GOP won’t because they’re weak.”

Raffensperger, the Republican secretary of state, said financial ties between Abrams’ group and Majority Forward underscored the need for Gardner to recuse in the case.

“That a judge would rule on case brought by a group heavily funded by her sister is very concerning,” Raffensperger said in a statement on Tuesday.

Majority Forward’s suit alleges that the mass challenges violate the federal National Voter Registration Act. But lawyers for the counties argued on Wednesday that the challenges don’t trigger that act because they are focused only on the voters’ right to cast ballots in the upcoming runoffs and not on their right to remain on the voter rolls more generally.

However, Gardner seemed skeptical of that contention.

“This distinction that has been made I’m not understanding. … You find people not eligible to vote and you leave them on the voter rolls?” the judge asked.

A lawyer for Majority Forward, Uzoma Nkwonta, also argued that notion was illusory.

“That distinction is simply untenable,” Nkownta said. “The distinction they try to draw here doesn’t make any sense.”

Gardner said she does not believe that the change-of-address data alone amounts to a strong indication that voters have actually moved their legal residence. She also noted that in some states individuals who apply for a driver’s license are automatically registered to vote and may not even know it.

“My concern here is, one, relying on unreliable data and then putting the burden on people” to respond and defend their registrations, the judge said. “We’re also in the holiday season and we’re dealing with a pandemic and I have a great concern about asking voters to prove that they’re eligible to vote during this time.”

Gardner said she was trying to prompt an agreement that voters wouldn’t be denied the right to vote based on postal data alone, but Nkwonta expressed concern that they could still be put through an onerous process based on scant or shaky evidence.

However, the judge said the suit focused on the issues raised by using the postal change-of-address database. “You haven’t filed a case to say any other other reason is out of bounds,” she said.

This article tagged under:

Missing out on the latest scoops? Sign up for POLITICO Playbook and get the latest news, every morning — in your inbox.