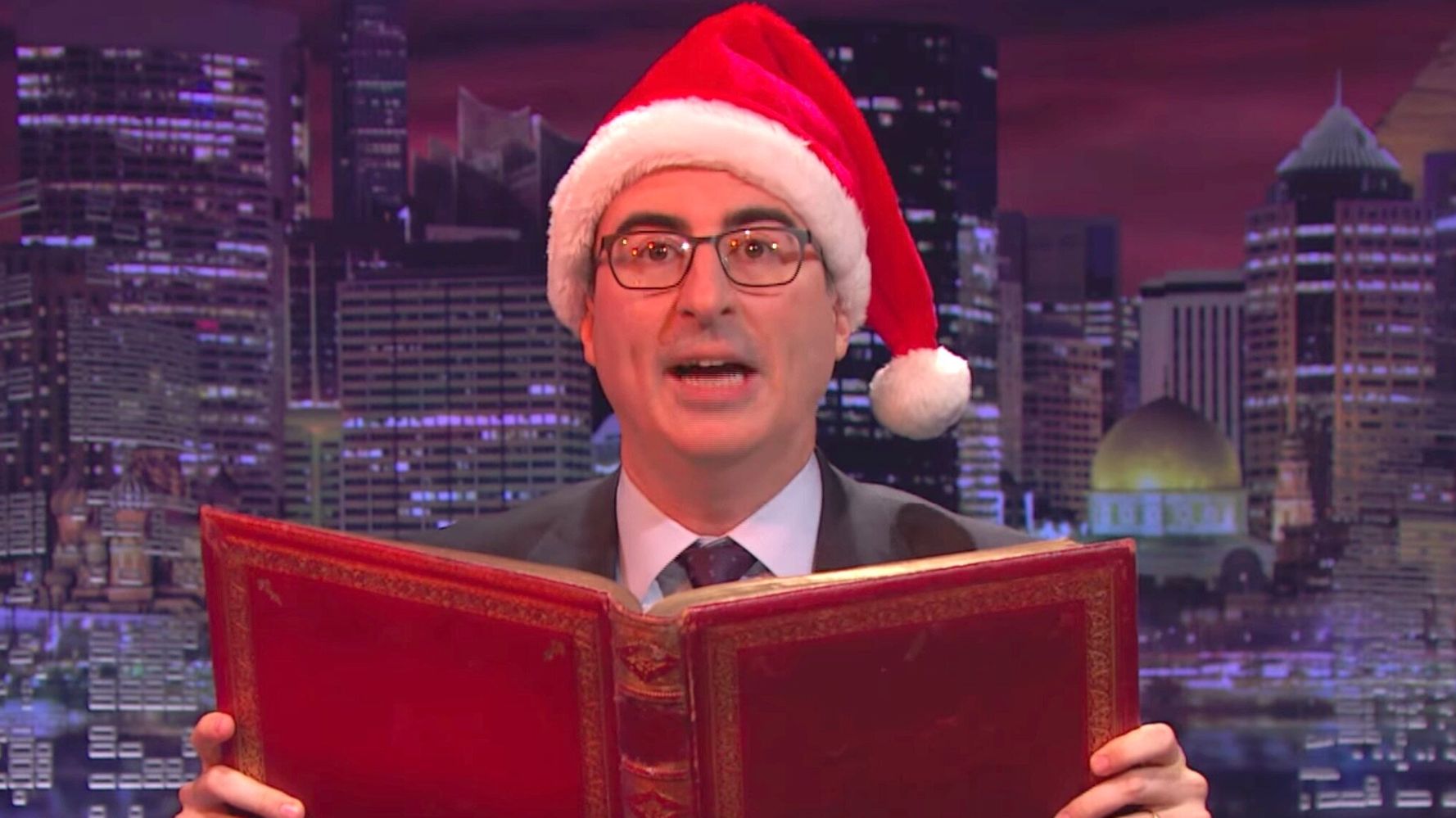 John Oliver says it’s time to end SantaCon, the annual event in which revelers dressed as Saint Nick spend a night out drinking… and, too often, getting into trouble.

“However fun and whimsical it may sound, it isn’t,” Oliver said in a web-exclusive clip during the “Last Week Tonight” hiatus.

Then, he cut to news footage of “crude and lewd behavior” by drunk Santas.

“That is what SantaCon is,” he said. “It’s not a magical occasion. It’s a terrifying combination of binge drinking, public urination and trauma to small children that decades of therapy will never manage to reverse.”

Oliver noted that even the original organizers of SantaCon are “through with it,” staging a funeral for the event in 2014.

Yet it continues ― so Oliver tried to send the message another way: in the form of a holiday poem, complete with some choice words from Santa himself: