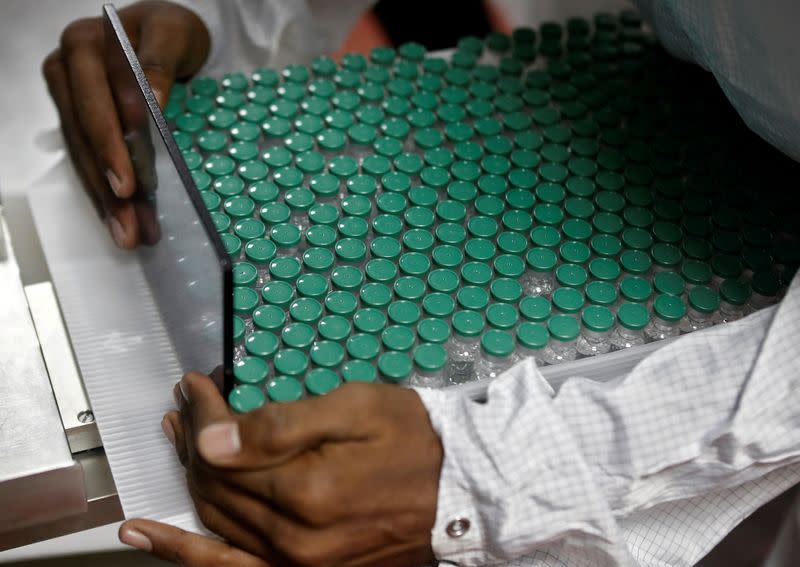 By Neha Arora and Sanjeev Miglani

NEW DELHI (Reuters) – The Indian government has been negotiating with the Serum Institute of India to bring down the price of AstraZeneca’s COVID-19 vaccine, people close to the matter said, delaying the roll-out of the country’s immunisation programme.

India’s drug regulator has approved emergency use of the vaccine developed by Oxford University as well as another developed by Indian firm Bharat Biotech, but the government has not placed firm orders with either firm.

Senior officials have been discussing the terms of the deal with the Serum Institute for weeks, hoping to bring down prices below $3 per shot, one of the sources with direct knowledge told Reuters.

Serum chief executive Adar Poonawalla had told the CNBC-TV18 channel in November the vaccine would be priced at about 1,000 rupees ($13.55) per dose for the private market in India and would cost the government about 250 Indian rupees ($3.40) per dose.

Some officials are seeing the possibility of a further lowering of prices, the source said. To vaccinate a country of over 1.3 billion people involves a large cost and every rupee saved would help, the source said.

“Any government would do this, we need to keep costs down,” the source said.

“Price is an issue with Serum. Government needs to control it,” another official said, speaking on condition of anonymity.

India’s federal health ministry and Serum Institute did not respond to requests for comment.

On Saturday, the government announced the immunisation programme will begin on Jan. 16. The plan is to cover 300 million people in the first part of the programme, kicking off with health workers, frontline staff such as police and then people over the age of 50 and those with co-morbidities.

That will require 600 million doses and Serum, the world’s largest manufacturer of vaccines has stockpiled 50 million doses for immediate distribution.

There is no word yet on negotiations with Bharat Biotech whose vaccine developed in collaboration with the Indian council for Medical Research was given an emergency licence although it has not completed efficacy trials.

With the Serum Institute, the government is also trying to close in on a price it wants before clearing any shipments for exports or private sales, officials said.

“More than 150 countries want this vaccine. But nothing will move until the government reaches an agreement on prices,” the official said.

India has said no restrictions on exports were in place, but is yet to formally announce export clearance despite pressure from Brazil that has sought 2 million doses of the AstraZeneca vaccine made in India.

The AstraZeneca shot, locally branded as COVISHIELD in India, is expected to meet 90% of India’s mass immunisation programme needs, the official said.

The government aims to secure 600 million doses for the country’s vaccination drive aimed at inoculating 300 million citizens over the next six to eight months.