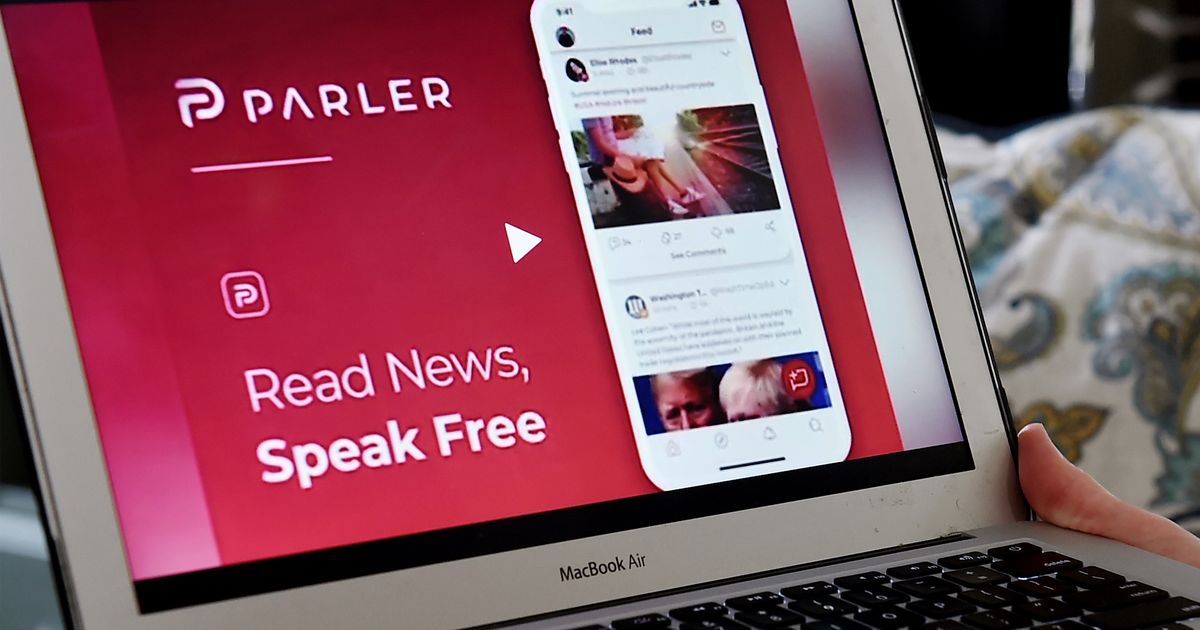 In a statement on Friday afternoon, Google noted that its policies require that apps listed on the Google Play app store have and enforce content moderation policies. Parler is known for its lack of content moderation, which is why it’s gained a sizable user base of far-right conservatives who were banned from other social media sites like Twitter or Facebook.Â

The violent mob that stormed the Capitol on Wednesday openly discussed and encouraged their riot on sites like Parler, Gab, and the subreddit TheDonald. Google noted the “ongoing and urgent public safety threat” these platforms contribute to in its statement.Â

Parler has been operating without a robust content moderation policy since launched in 2018. Google and Apple have not taken action against the platform until this week.

In order to protect user safety on Google Play, our longstanding policies require that apps displaying user-generated content have moderation policies and enforcement that removes egregious content like posts that incite violence. All developers agree to these terms and we have reminded Parler of this clear policy in recent months. Weâre aware of continued posting in the Parler app that seeks to incite ongoing violence in the US. We recognize that there can be reasonable debate about content policies and that it can be difficult for apps to immediately remove all violative content, but for us to distribute an app through Google Play, we do require that apps implement robust moderation for egregious content. In light of this ongoing and urgent public safety threat, we are suspending the appâs listings from the Play Store until it addresses these issues.

The announcement follows Apple’s Friday morning threat to ban Parler from the App Store unless the platform institutes a “moderation improvement plan within 24 hours,” BuzzFeed reported.Â

In a message on Parler, Parler CEO John Matze wrote that although the site will enforce their rules against “violence and illegal activity,” it “WONT cave to politically motivated companies and those authoritarians who hate free speech.”

“Anyone who buys an Apple phone is apparently a user,” he continued in the message. “Apperently they know what is best for you by telling you which apps you may and may not use.”Â

In an interview with Kara Swisher on her podcast Sway, Matze said the site moderates content by presenting it to a jury of five users who decide if a post should be removed. It’s a slow-moving process in internet time, taking sometimes up to 48 hours, Matze said. Also, if a violent comment doesn’t get get liked, or get some other interaction, the comment may take even longer to get reviewed.

“Everyoneâs judged by a jury of their peers in determining whether the action is illegal or against our rules. And so if reported, it goes to a jury of peopleâs peers. And if itâs deemed illegal, promptly deleted. But, you know, the jury of five people get to decide. And itâs a random jury, so they donât know each other. They donât know what theyâre voting. They just get the independent facts of the situation and they make their own judgment call,” Matze said.

Punishing Parler follows an internet-wide push to deplatform extremists in light of the attack on the Capitol. Since Wednesday, Twitter, Instagram, Snapchat, Facebook, and Twitch have banned or temporarily suspended the president. Reddit banned TheDonald on Friday for “inciting violence.”Â