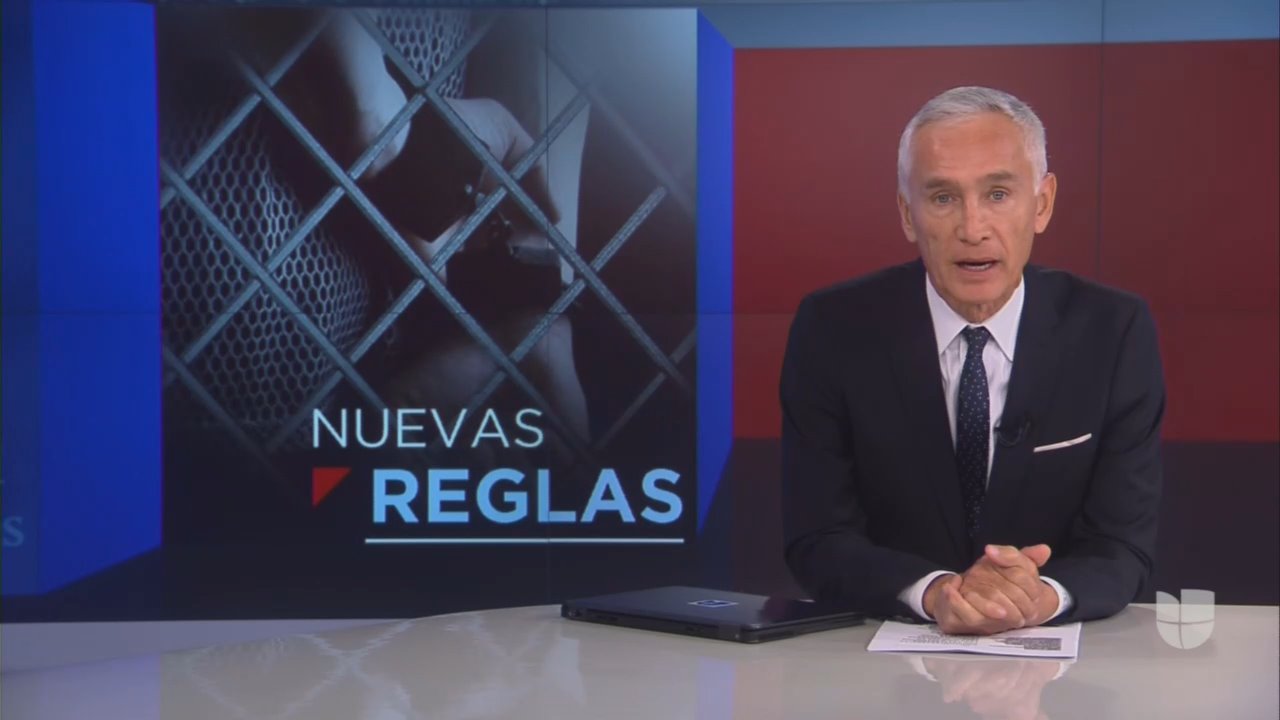 What does Univision do when they wish to avoid reporting inconvenient news to their audiences? They bump those stories by rehashing reports on President Trump´s so-called  “anti-immigrant” policies, as was recently the case at Noticiero Univisión.

In this instance, Univision rehashed old “news” regarding the Department of Justice’s decision on repeat DUI offenders and “good moral character”, a requirement for naturalization. Watch below as correspondent Jaime García coaches repeat DUI offenders on how to dodge deportation- by securing the pardon of the governor of a sanctuary state:

GARCÍA: From now on, the only alternative will be the one followed by Victor Ayala, who got pardoned by the governor of California (in order to) to avoid his deportation.

VÍCTOR AYALA: They are helping me with all the legal things. I don’t have to worry anymore.

So Mr. Ayala, evidently a repeat DUI offender, doesn´t have to worry anymore. That is, so as long as he later votes for the officials who took care of his problems.

Another key takeaway from Univision´s report is its closing call to action by García, in support of the pro-illegal immigration activists and attorneys: “Specialists recommend that those who have questions about the consequences that their criminal records may have on their migration procedures consult a lawyer immediately.”

As usual, Univision defends the indefensible, even something as serious as repeat DUI´s by those who have already broken the law entering the country illegally. To quote USCIS Deputy Director Mark Koumans, “As the attorney general directed, this guidance enhances public safety by ensuring that USCIS adjudicators consider driving under the influence convictions with the appropriate standard of scrutiny.”

But at Univision, a liberal immigration-advocacy PAC with a broadcast signal, public safety takes a back seat to the preservation and uninterrupted replenishment of its viewer base.

Click “expand” to read the complete transcript of the above mentioned news report:

JORGE RAMOS, ANCHOR, UNIVISIÓN: Legal immigrants with a criminal record or who have been detained for drunk driving would have serious problems obtaining permanent residency, including citizenship. This according to new immigration rules of the so-called good moral character that will be applied from now on. Jaime García explains the new requirements.

MARIO ACOSTA JR., IMMIGRATION ATTORNEY: This law is written not to help, but to deport.

GARCÍA: The change in the law affects immigrants who started the process of obtaining their legal residency after last October 25, and who have two or more convictions for driving under the influence of alcohol or drugs, that will now be able to disqualify them for not having a good moral character.

ACOSTA: If you have two or more DUIs you have to be very careful because if you submit that application and you are repudiated, in the discretion you already offered immigration where you live, where you work and now they will most likely to start a deportation process.

GARCÍA: The other change will have a major impact on so-called Sanctuary States where courts can grant reduced sentences to convicted immigrants so as not to affect their immigration status. Reductions that will no longer be considered by the Citizenship and Immigration Office.

ACOSTA: For me, it is clearly an agenda of the Trump administration to ignore state laws and go above immigrants to deport them.

GARCÍA: From now on, the only alternative will be the one followed by Victor Ayala, who got pardoned by the governor of California to avoid his deportation.

VÍCTOR AYALA: They are helping me with all the legal things. I don’t have to worry anymore.

ACOSTA: The law will not apply to people who already have permanent residency, but of course it can affect you when the comes that you want to apply for citizenship.

GARCÍA: Specialists recommend that those who have questions about the consequences that their criminal records may have on their migration procedures, consult a lawyer immediately and above all not to sign any documents in case they are arrested by immigration agents. In Los Angeles, Jaime Garcia, Univision.