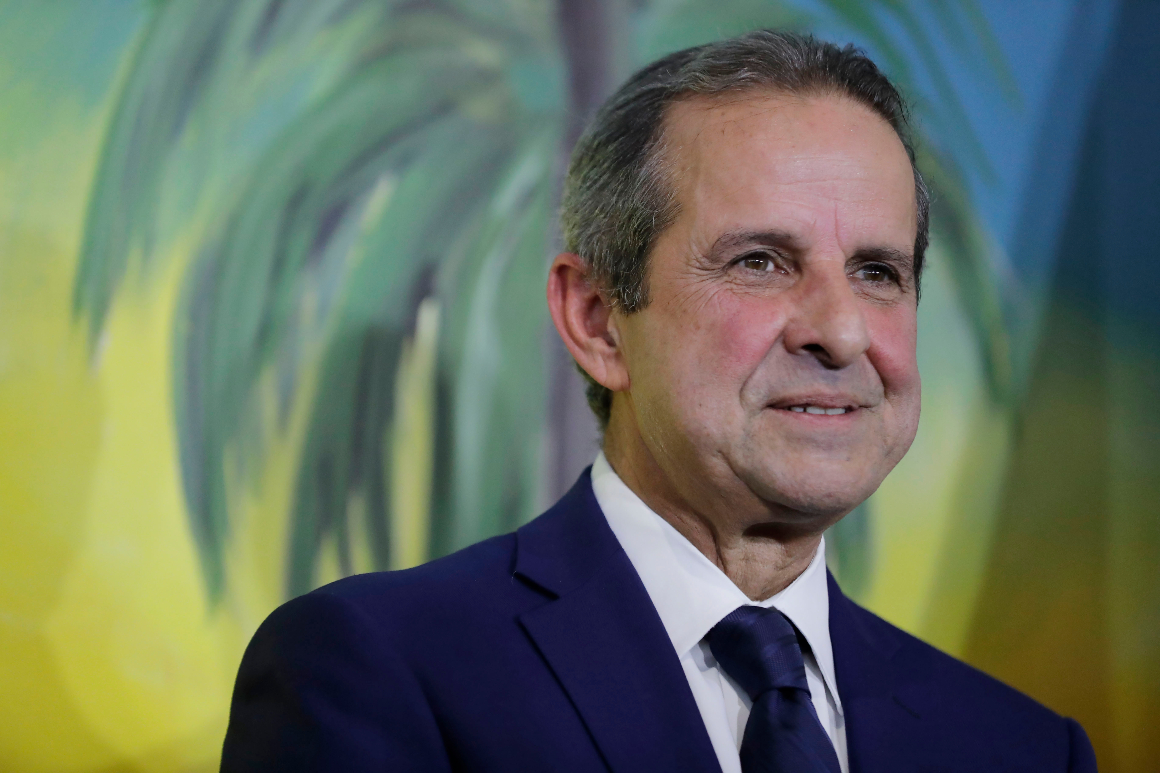 TALLAHASSEE — Florida Democrats pinned their hopes to Manny Diaz on Saturday, entrusting the former Miami mayor to revive the party’s fortunes after a disastrous election cycle where President Donald Trump won the state and Democrats lost congressional and legislative seats.

Diaz defeated two other candidates for the chairmanship during the annual meeting of the Florida Democratic Party, which was held virtually due to the coronavirus pandemic.

Diaz, a prominent Miami Cuban, made a splashy entrance into the race in late November, bringing in a handful of well-known staffers, and endorsements ranging from former New York City Mayor Michael Bloomberg, a billionaire who spent $100 million in Florida during the 2020 election cycle, and South Florida billionaire Jorge Pérez. He has since been endorsed by dozens of Democratic politicians in the state, including Agriculture Commissioner Nikki Fried, the party’s only statewide officeholder.

His immediate task is to rebuild and raise money for the party as it heads into the crucial 2022 elections, where Gov. Ron DeSantis and Sen. Marco Rubio, both Republicans, are expected to be on the ballot. Trump’s solid victory in Florida has created speculation that the nation’s third most-populous state may no longer be America’s biggest battleground, potentially making it difficult to convince deep-pocketed donors to write checks.

Diaz has already outlined many of the moves he plans to make. In a December memo to Democratic Party officials, Diaz called for expanding party operations, including setting up offices in central Florida, bolstering vote-by-mail and voter registration efforts, and improving data operations — all of which call for an influx of cash. Several Democratic candidates and operatives complained that internal polling was inaccurate and showed several races closer than they actually were.

“To accomplish these things and build a considerable amount of infrastructure needed to engage in the above ideas, we will need considerable resources,” Diaz said last month in his memo. “I will dedicate my time to leveraging my statewide and nationwide to relationships to build trust among donors and get them to buy into what we are trying to accomplish here in Florida.”

Another key fight that looms over the party is the next round of redistricting, when Florida may gain another congressional seat.

Diaz’s selection followed a deep and loud reckoning among Democrats about what went wrong in the 2020 election as moderate and progressive factions of the party pointing fingers at each other. Republican successes were built on record turnout and a Democratic implosion in Miami-Dade County, one of the bluest parts of the state. Amid the fallout, Florida Democratic Party chair Terrie Rizzo said she would not seek another term.

Just a day prior to the chairman vote Saturday, three other candidates dropped out to back Cynthia Chestnut. The former state representative and the current chair of the Alachua County Democratic Party was the lone Black woman in the three-way contest and during her brief remarks she said it was time for the party to move into the 21st century and reflect the diversity of Florida’s electorate.

“I say to you as a daughter of Florida and as an African-American woman, our time has come to serve at the helm of the Florida Democratic Party,” she said before the vote.

But unifying around Chestnut was also designed to consolidate opposition against Diaz, who more liberal Democrats find insufficiently loyal to the party in part because he has donated money to Republicans in the past.

The last-ditch maneuvering failed: Diaz was able to clinch a majority of the party’s votes on the first round of balloting.

Fried made a plea for party unity during the conference.

“We cannot afford to fight among ourselves,” she said.

Diaz, 66, immigrated to Florida from Cuba and rose to prominence during the 2000 drama surrounding Elián González, a Cuban boy found clinging to a raft off the coast of Florida.

The Clinton administration‘s decision to repatriate González infuriated Cuban Americans. Diaz was there when federal marshals took the child at gunpoint. Diaz left the party in protest, but he was elected the mayor of Miami the following year, serving until 2009. He later returned to the party and spoke at the 2008 Democratic National Convention. Diaz was seen as such a political asset to President Barack Obama’s re-election campaign that it featured in him in an ad.

This article tagged under: