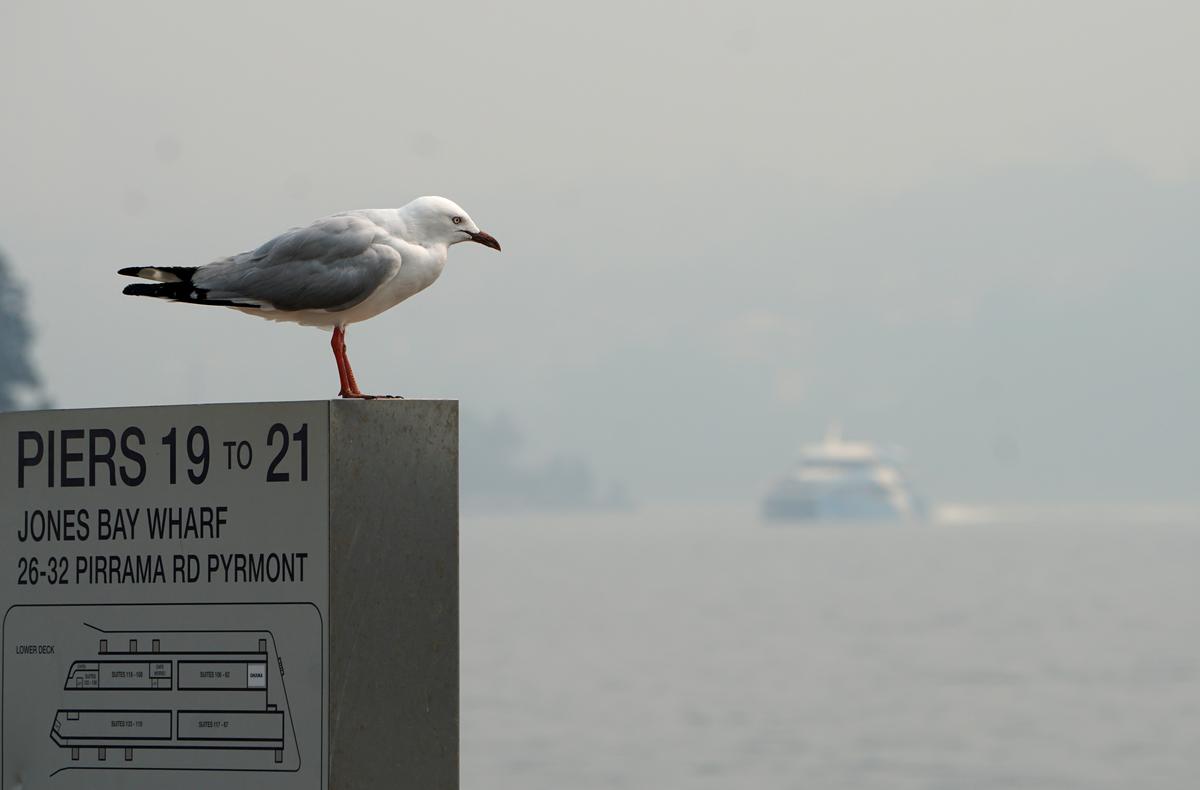 SYDNEY (Reuters) – Smoke from Australia’s fierce bushfires settled over Sydney in still conditions on Tuesday, setting off fire alarms, and halting ferry services as famous landmarks disappeared behind some of the worst haze seen in the harbour city.

A 60 km (37.2 miles) firefront is devastating tinder-dry areas northwest of Sydney, Australia’s largest city, and sending hazardous smoke across the east and over the Pacific, even causing haze more than 2,000 km (1243 miles) away in New Zealand, satellite images show.

“This smoky period we’ve been experiencing for the past month or so, it is unprecedented, so these conditions are a risk to people’s health,” said Richard Broome, the New South Wales government’s director of environmental health.

Broome said while many people would experience sore eyes, nose and throat irritations, those with pre-existing health conditions and young children and the elderly were at particular risk.

Sydney’s air quality index readings in some parts of the city on Tuesday were 11 times the threshold considered hazardous, government data showed.

The wildfires have blanketed Sydney – home to more than 5 million people and better known for its clear skies and blue harbour – in smoke and ash for more than two weeks.

That haze has turned the daytime sky orange, obscured visibility and prompted many commuters to wear breathing masks.

Bushfires are common in Australia’s hot, dry summers, but the ferocity and early arrival of the fires last month in the southern hemisphere spring is unprecedented. Experts have said climate change has left bushland tinder-dry.

While there is no official evacuation order, many locals in areas that are under threat have decided to leave their homes, Hawkesbury Mayor Barry Calvert told Reuters.

“It is eerie, many people have decided to leave, and I’m going to do the same,” said Calvert, who lives north-west of Sydney.

“I’ve been through this before about 20 years ago when I stood outside my house looking at flames 50 feet high, I decided then that I would leave early if it happened again.”

All up, there are more than 100 fires ablaze in the eastern states of New South Wales, Victoria and Queensland, many of which have been burning since November.

The fires have killed at least four people, destroyed more than 680 homes and burned more than 2.5 million acres (1 million hectares) of bushland.

Many outdoor events were cancelled in smoke-filled areas on Tuesday, including a lead-up to the Sydney-to-Hobart yacht race, that was scheduled to take place on the harbour.

Sydney’s ferries, which started the day using foghorns as they cautiously moved through the thick smoke, were halted at lunch time as visibility fell even further.

The dense smoke even seeped into buildings on Tuesday, triggering alarms in offices and homes, and at train stations and university campuses, authorities said.

Reporting by Colin Packham and Jonathan Barrett in Sydney; editing by Jonathan Oatis and Sam Holmes