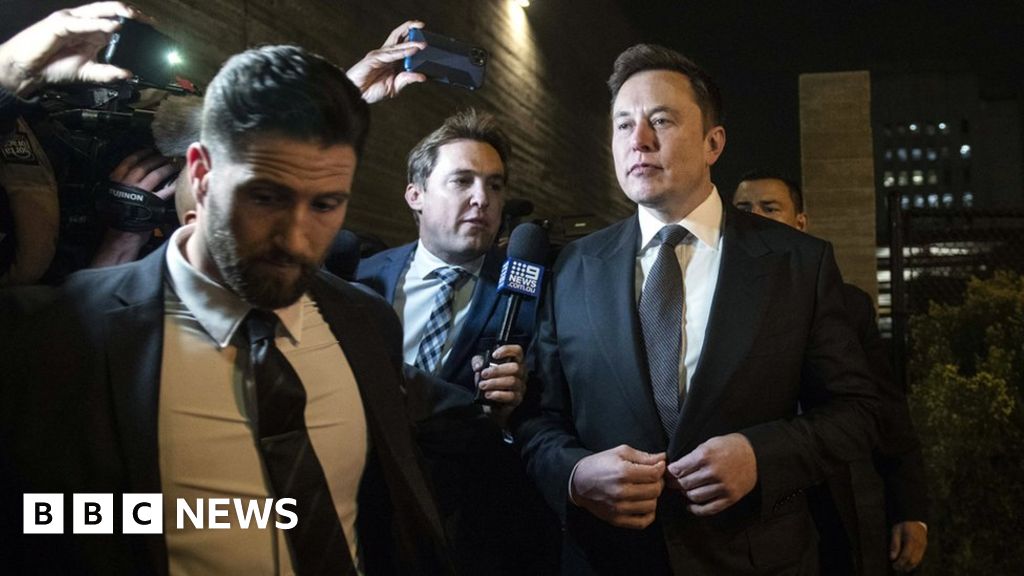 Elon Musk did not defame a British caver who helped in last year’s rescue of trapped Thai schoolboys by calling him a “pedo guy”, a US jury has found.

Vernon Unsworth sought $190m (£145m) in damages from the Tesla founder, arguing that the tweet damaged his reputation.

A public row broke out between the two men over the rescue of 12 boys trapped in a Thai cave in June 2018.

Mr Musk told the court this week the phrase “pedo guy” was common in South Africa, where he grew up.

Speaking to reporters outside the courtroom after the jury reached its decision, Mr Musk said: “My faith in humanity is restored.”

Mr Unsworth’s lawyer Lin Wood said their side would leave the court “with our heads held high” but that the decision was “not a good verdict for society”.

“This verdict sends a signal, and one signal only – that you can make any accusation you want to, as vile as it may be and as untrue as it may be, and somebody can get away with it,” he said.

Jurors took less than an hour to return their unanimous verdict, following a four-day trial at a federal court in Los Angeles.

What was the row about?

Mr Unsworth, an experienced 64-year-old cave explorer, splits his time between the UK and Thailand.

During the rescue of the young football team, which captured the world’s attention, Mr Unsworth helped recruit expert cave divers who were instrumental in freeing the boys safely.

Mr Musk sent Tesla engineers and a small submarine to northern Thailand to help with the rescue effort, but the vessel was never used.

Instead, he and Mr Unsworth got into a public war of words after the diver branded the offer of help a “PR stunt”.

During an interview with CNN, the diver suggested the billionaire “stick his submarine where it hurts”.

Mr Musk, who has 22 million followers, responded with a series of tweets about Mr Unsworth – including the one calling him “pedo guy”. It was later deleted.

What was said at court?

Testifying over two days on Tuesday and Wednesday, Mr Musk told the court he did not expect the “pedo” tweet to be taken literally.

He said that at the time he thought Mr Unsworth was “just some random creepy guy” who was “unrelated to the rescue”.

Mr Musk apologised on Twitter and in court for his outburst.

Contesting this, Mr Wood cited another now-deleted tweet the billionaire sent to his followers saying: “Bet ya a signed dollar it’s true.”

He also cited an email exchange that Mr Musk had with a Buzzfeed reporter who contacted him for comment on the threat of legal action, where the entrepreneur said: “Stop defending child rapists.”

Mr Wood said Mr Musk was a “billionaire bully” who had “dropped a nuclear bomb” on his client, and that the tweet had affected his career and relationships.

On Thursday, Mr Unsworth told the court that Mr Musk’s tweet had left him feeling “humiliated”.

Reporters in court said the diver appeared on the verge of tears as he told jurors: “It feels very raw. I feel humiliated. Ashamed. Dirtied. Effectively, from day one, I was given a life sentence without parole. It hurts to talk about it.”

He added: “I find it disgusting. I find it very hard to even read the word, never mind talk about.”

Alex Spiro, Mr Musk’s lawyer, argued that the “pedo guy” tweet was an offhand comment made in the course of an argument between the two men, which no-one could be expected to take seriously.

“In arguments you insult people,” he said. “There is no bomb. No bomb went off.”