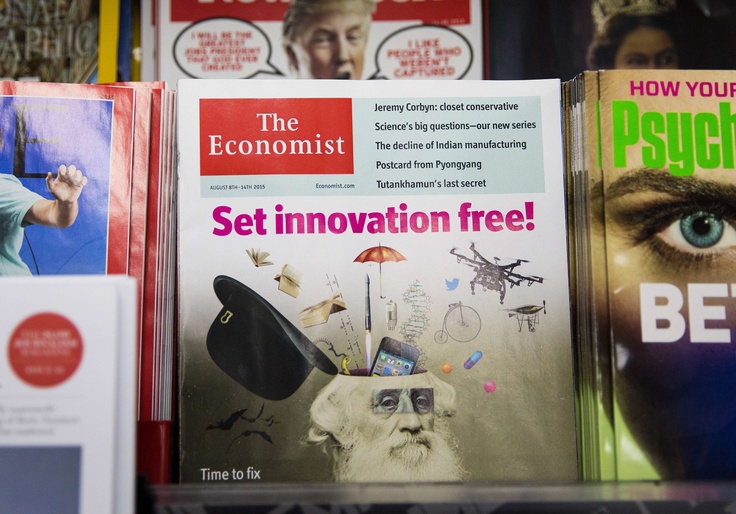 Huawei hired several alums of the Economist Group after the Chinese tech giant paid the influential magazine to help push its agenda to British and American policymakers.

Huawei, a telecommunications firm that the U.S. government considers a national security risk, has hired five people who used to work at the Economist Intelligence Unit (EIU), the consulting arm of the popular British magazine. Two of the hires work in senior positions at the tech giant’s lobbying and public relations division, using their skills to boost Huawei’s image in the West, where suspicions of the company run high due to its ties to Chinese state espionage. Both the Economist magazine and the EIU are controlled by their parent, the Economist Group, and staffers working for each entity can move between them. Andrew Palmer, the current executive editor of the Economist, used to work in the EIU.

“My current research and strategic focus center on assessing country economic, financial, and operational risks to Huawei, as well as the economic contribution of the [information and communications technology] sector,” Williamson’s LinkedIn profile reads.

The Chinese tech giant has a history of turning to the Economist to help brush up its public image. Huawei has paid EIU to write at least seven reports between 2012 and 2018, including a report on how the tech giant can avoid a U.S. crackdown and another that Huawei credits with influencing British policy, the Washington Free Beacon previously reported. The Economist magazine has also run several Huawei ads on its website and its editors have hosted multiple panel discussions with Huawei executives—all the while it provided sympathetic coverage to the tech giant without disclosing its commercial relationship.

Neither the Economist nor Huawei responded to requests for comment.

In its February 2014 report for Huawei, the EIU stressed that the Chinese tech giant should “counter the negative perception of Huawei as a company willing to help governments monitor their populations.” Williamson and Wright, both hired after the report’s publication, have helped the Chinese tech giant pursue this objective by pushing op-eds and press releases that defend Huawei against national security concerns raised by Western governments. Neither Wright nor Williamson responded to requests for comment.

In a 2019 media hit with the China Global Television Network, Williamson accused the U.S. government of having nefarious motives when it prohibited American companies from working with the tech company due to national security concerns. He told the propaganda outlet that the “context of the national security [is] being used as a pretext for actually imposing import barriers.”

Meanwhile, Wright has served as a ghostwriter for several senior executives, including the company’s deputy chairman, chief legal officer, and a Huawei board member, according to his LinkedIn profile. His ghostwritten articles appeared in the New York Times, Wall Street Journal, and other mainstream outlets and pushed unabashedly pro-Huawei talking points: One headline reads, “America Needs Huawei.”

Other EIU alums hired by Huawei work in areas outside of public relations. The most recent hire, Peter Carberry, a former China researcher for the EIU, is a quality operation engineer at the tech company.

Huawei’s partnership with the Economist is part of its larger effort to leverage mainstream media outlets to push back against U.S. attempts to curtail its influence in Western countries. Huawei has also published scores of ads in U.S. media outlets, including several advertorials (ads that mimic bona fide news items) in the pages of the Times and the Washington Post.

Yuichiro Kakutani is a reporter at the Washington Free Beacon. He recently graduated from Cornell University, where he studied government and history. He previously served as editor for The Cornell Daily Sun. He’s a proud New Yorker — and by that he means, New York City. He can be reached at kakutani@freebeacon.com.