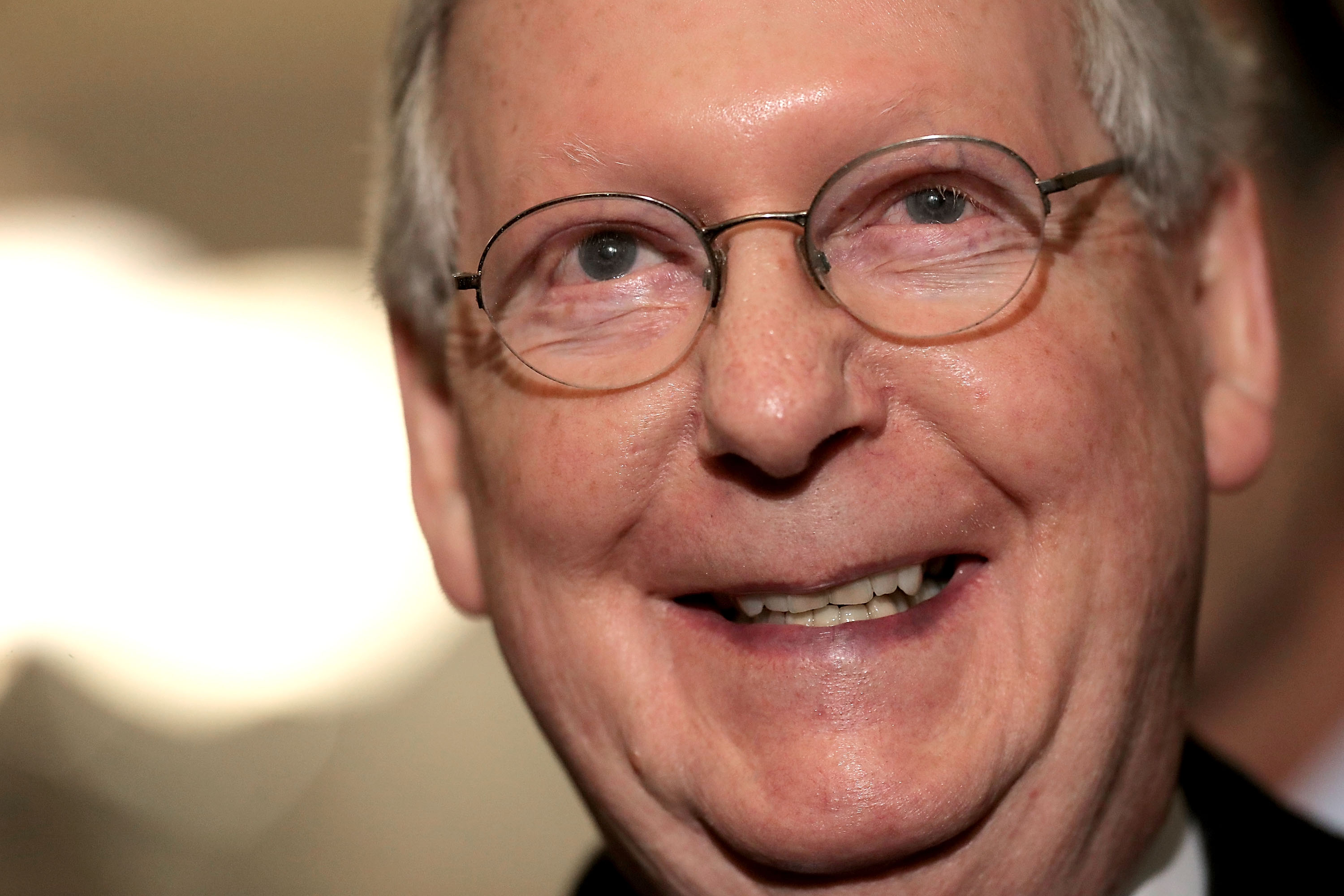 The Senate won’t even start Donald Trump‘s impeachment trial until Joe Biden is president unless all 100 senators agree to a hearing, outgoing Majority Leader Mitch McConnell said in a memo.

Nancy Pelosi gave Trump an ultimatum to resign or face a rapid impeachment by the House of Representatives for inciting a mob that stormed the Capitol on Wednesday to prevent Joe Biden from being certified as president-elect.

But even if the House succeeds in ramming through articles of impeachment in the 10 remaining days of Trump’s term, the Senate is in a pro-forma session in which it conducts no business.

According to McConnell’s memo, first reported on by The Washington Post, the pro-forma session will only be interrupted to conduct business if all 100 senators agree. Unless that happens, Senate proceedings will only begin an hour after Biden becomes president on January 20.

The new Senate will have 50 Republicans. Only one, Lisa Murkowski of Alaska, has signaled she wants Trump to leave office. While others are likely to join her, a unanimous GOP vote that would effectively lead to Trump’s impeachment trial is virtually unthinkable.

“If the House agrees to articles of impeachment against President Trump before January 19, the Senate can receive a message announcing that the House has impeached the President while the Senate is in recess,” the memo reads.

In other words, the Senate wouldn’t even begin its impeachment proceedings until Biden was officially made president, making Trump’s removal from office via that route impossible.

“Some people ask: Why would you impeach and convict a president who has only a few days left in office? The answer: Precedent. It must be made clear that no president, now or in the future, can lead an insurrection against the U.S. government,” Sanders wrote.

On Friday, the White House issued a statement which said, “A politically motivated impeachment against a President with 12 days remaining in his term will only serve to further divide our great country.”

Lawmakers accused Trump of inciting the riot by encouraging his supporters at a Stop the Steal rally to march to the Capitol building while Congress was in the act of certifying votes in the Electoral College and declaring President-elect Joe Biden the victor of November’s election. Five people died in the riot and rioters took electronic equipment, causing a possible breach in national security.