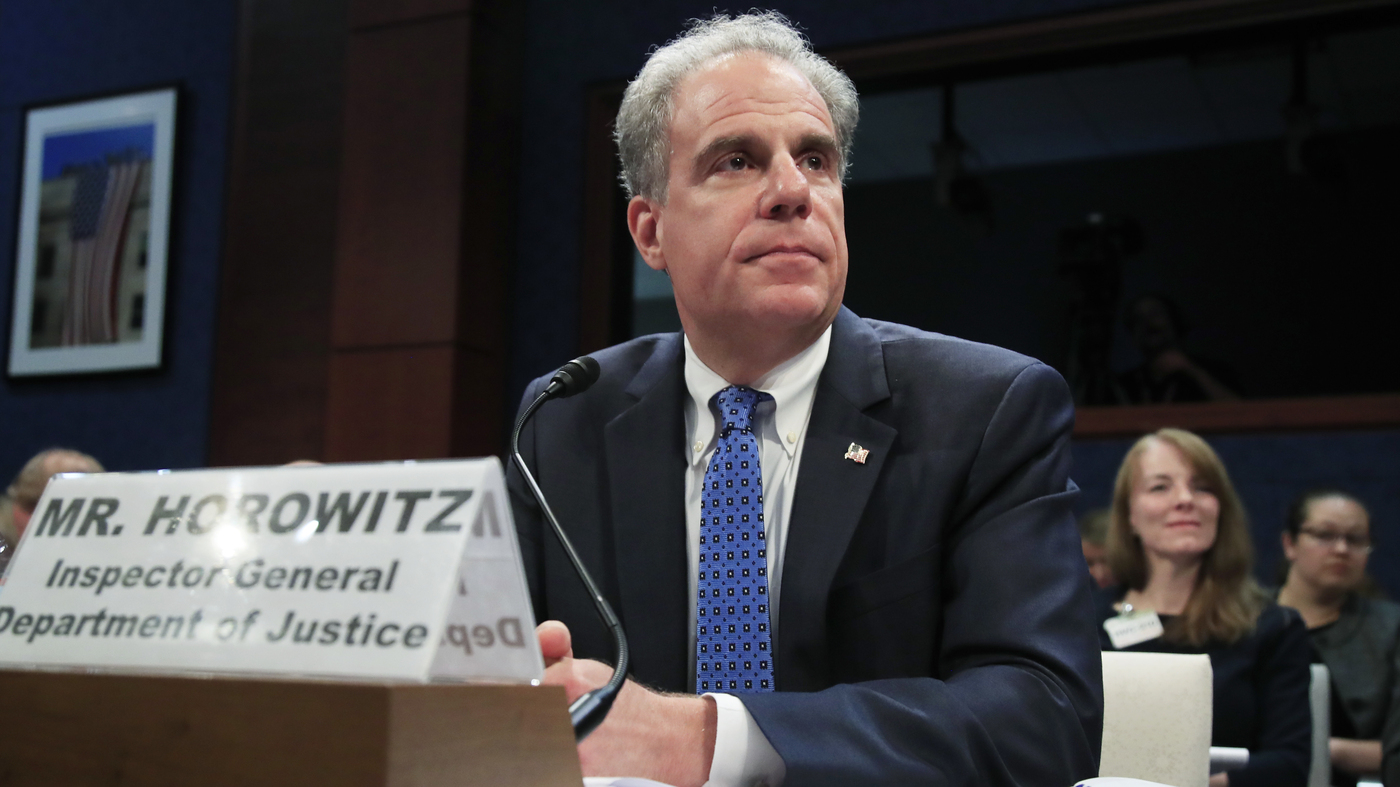 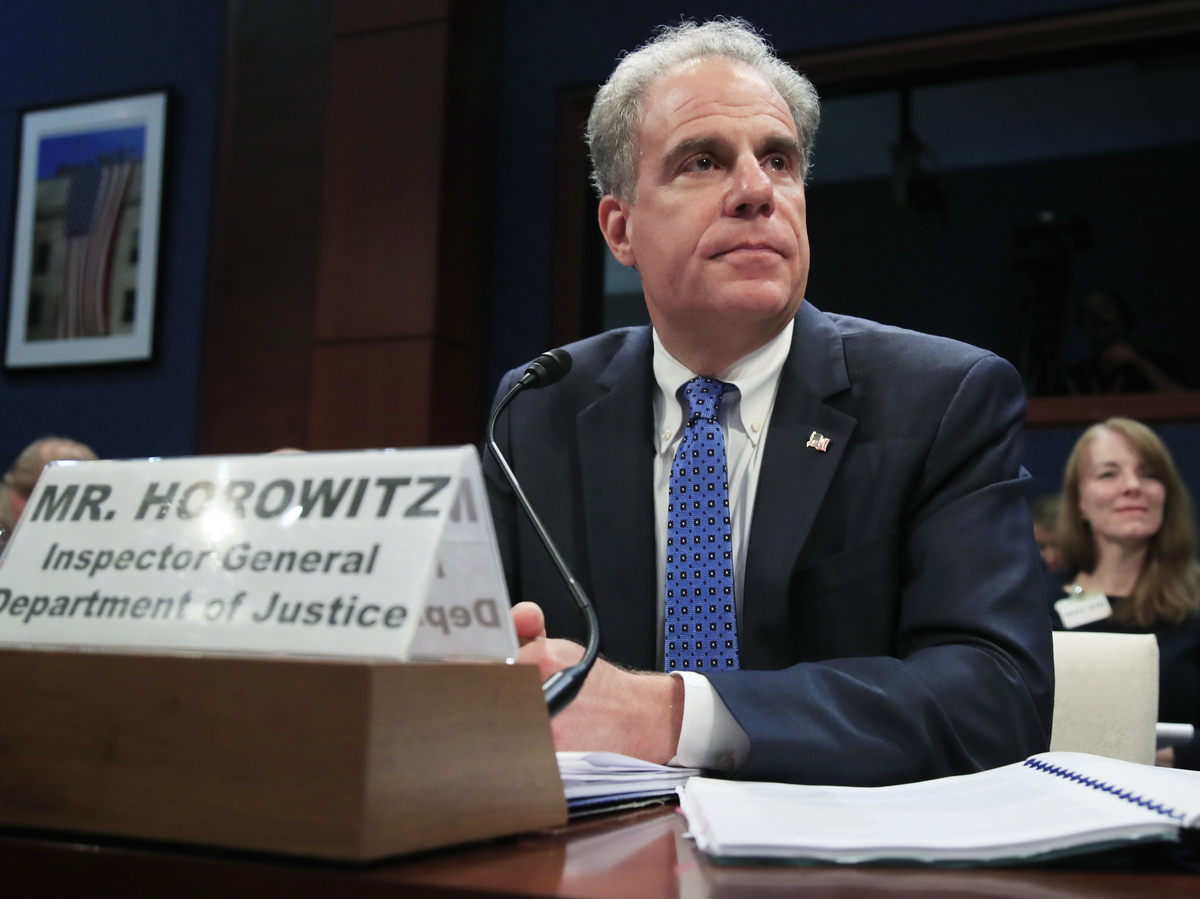 The Justice Department’s internal watchdog is set to release a highly anticipated report Monday about the Russia investigation — including allegations of surveillance abuses against President Trump’s campaign.

Inspector General Michael Horowitz’s report is expected to address a simmering dispute that lies at the heart of the partisan fight that has animated Washington for the past two years.

The question is, Did the Justice Department and FBI do anything improper when investigating possible ties between the Trump campaign and Russia?

While political battles over the Russia probe have recently given way to the impeachment fight over Trump’s dealings with Ukraine, Republicans and Democrats have been eagerly awaiting the inspector general’s report in the hopes that it will support their respective claims.

The report, which will run hundreds of pages, is expected to contain elements that both sides can seize to buttress their respective arguments about the FBI, the Justice Department and the propriety of investigating the actions of the candidate who became president and those around him.

Republicans are expected to cite any whiff of political bias among senior FBI officials or irregularities associated with the bureau’s use of its surveillance powers.

Democrats are likely to embrace any conclusion that the FBI’s investigation was justified and not spurred by the infamous Trump-Russia dossier compiled by the British former spy Christopher Steele.

The inspector general announced his review of the Russia probe in March 2018 in response to a request from then-Attorney General Jeff Sessions and members of Congress.

The president’s Republican allies allege that the FBI misused its surveillance authorities in targeting Carter Page, a former foreign policy adviser to the Trump campaign who had been on the bureau’s radar for years.

Critics also argue that the FBI improperly relied on Steele’s dossier to get court approval for surveillance on Page.

Those allegations echo, at least in part, the president’s frequent claims that his campaign was “spied” on by the Obama administration and that the Russia investigation was a “witch hunt” to kneecap his presidency.

Democrats, in contrast, argue that the bureau acted properly in opening the investigation and in its surveillance of Page.

Page traveled to Russia twice in 2016. And in an earlier chapter, he had dealings with Russian intelligence operatives in New York City. The FBI’s supporters say that surveilling Page was appropriate and that the bureau provided adequate context about Steele’s political ties.

Steele had been hired by a private intelligence firm that was being paid by Democrats to research Trump in the election context.

Former FBI officials have defended the investigation into Russia’s election interference. They have said it would have been negligent of the bureau not to have acted on information it received about contacts between Trump aides and Russia at the time it was getting other leads about the election interference.

Those have been the competing narratives about the Russia investigation since before it was completed by then-special counsel Robert Mueller earlier this year.

Now the public will get the chance to hear from Horowitz, an independent inspector general with a long history of nonpartisan work.

When Horowitz’s office announced its Russia review, it said it would examine whether the department and the FBI followed the proper procedures when applying for surveillance on a “certain U.S. person” — a reference to Page.

Horowitz’s office also said it would look into what the FBI knew about an “alleged FBI confidential source” and the bureau’s interactions with that source, who was not identified — but is the British former spy, Steele.

Almost two months later, then-Deputy Attorney General Rod Rosenstein asked Horowitz to expand the review to also look at whether there was any political motivation in how the FBI approached Trump campaign aides in 2016.

Rosenstein made that request after the president, in response to media reports, claimed that the FBI had placed a “spy” in his campaign.

There’s no evidence of that, although the bureau did use a confidential source — a former professor — to make contact with Page and other Trump aides in 2016 to try to find out what they knew about possible coordination with Russia.

Russian interlocutors were offering Trump campaign aides “dirt” on Hillary Clinton, “off the record” meetings and trips to Russia in 2016, investigators have found.

The FBI probe that uncovered those activities eventually was taken over by Mueller after he was appointed special counsel in May 2017.

Horowitz’s report will not be the final word on the Russia investigation and the 2016 election.

That will likely fall, instead, to John Durham, the veteran federal prosecutor who serves as U.S. attorney for Connecticut and was appointed by Attorney General William Barr this year to look into the genesis of the Russia probe.

There is overlap between Horowitz’s work and Durham’s investigation, although Durham is believed to be focusing more on U.S. spy agencies and foreign intelligence services and whether any rules were violated in the surveillance of the Trump campaign.

Durham’s work began as an administrative review and was upgraded to a criminal investigation in October. It is unclear when Durham’s inquiry might wrap up.