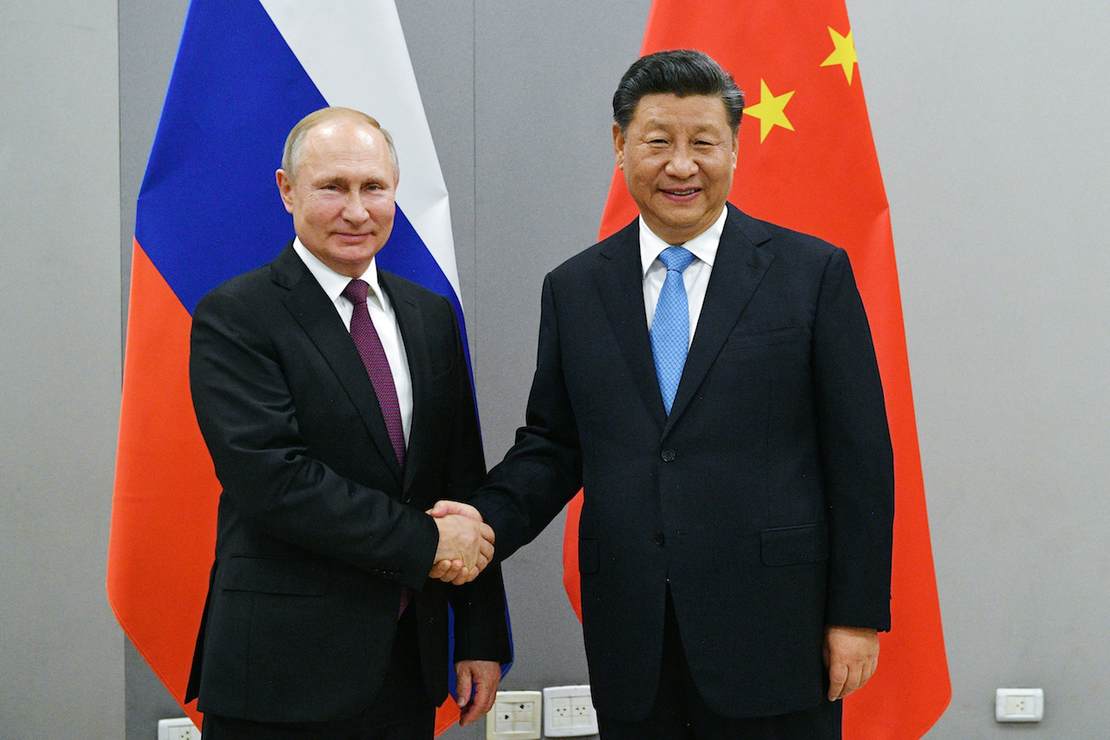 Alexey Navalny, a Russian opposition leader and anti-corruption activist, warned that dictators will use Twitter’s decision to permanently ban President Donald Trump from its platform as a pretext to silence their political opponents.


Navalny would know. When the Russian government prosecuted him for embezzlement, the European Court of Human Rights ruled that the cases violated Navalny’s right to a fair trial, but Russia prevented him from running for president of Russia in 2018 due to these convictions, anyway. Navalny claims his name cannot be mentioned on Russian television. Russian President Vladimir Putin refuses to refer to Navalny by name and The Wall Street Journal has described Navalny as “the man Vladimir Putin fears most.”

Navalny called Twitter’s moves against Trump “an unacceptable act of censorship.” He admitted that “Trump has been writing and saying very irresponsible things,” and he argued that the president got “paid for it by not getting re-elected.”

“The election is a straightforward and competitive process. You can participate in it, you can appeal against the results, they’re being monitored by millions of people. The ban on Twitter is a decision of people we don’t know in accordance with a procedure we don’t know,” Navalny explained. “In my opinion, the decision to ban Trump was based on emotions and personal political preferences.”

The Russian politician insisted that Twitter did not really ban Trump for violating the rules. “I get death threats here every day for many years, and Twitter doesn’t ban anyone (not that I ask for it). Among the people who have Twitter accounts are cold-blooded murderers (Putin or Maduro) and liars and thieves (Medvedev). For many years, Twitter, Facebook and Instagram have been used as a base for Putin’s ‘troll factory’ and similar groups from other authoritarian countries,” he explained.


“Those who denied COVID-19 exist freely and communicate on Twitter. Their words have cost thousands of lives. And yet, it was Trump who got banned publicly and ostentatiously. Such selectivity indicates that this was an act of censorship,” Navalny argued.

While the Russian dissident acknowledged that Twitter is a private company, he noted that in Russia and China, such private companies have become “the state’s best friends and the enablers when it comes to censorship.”

Then the Russian dissident got to the heart of the matter.

“If you replace ‘Trump’ with ‘Navalny’ in today’s discussion, you will get an 80% accurate Kremlin’s answer as to why my name can’t be mentioned on Russian TV and I shouldn’t be allowed to participate in any elections,” Navalny argued.

“This precedent will be exploited by the enemies of freedom of speech around the world,” he warned. “In Russia as well.”

“Every time when they need to silence someone, they will say: ‘this is just common practice, even Trump got blocked on Twitter’,” Navalny warned.

10. This precedent will be exploited by the enemies of freedom of speech around the world. In Russia as well. Every time when they need to silence someone, they will say: ‘this is just common practice, even Trump got blocked on Twitter’.

He called for one simple step toward accountability.


“If [Twitter] and [the company’s CEO Jack Dorsey] want to do things right, they need to create some sort of a committee that can make such decisions. We need to know the names of the members of this committee, understand how it works, how its members vote and how we can appeal against their decisions,” Navalny argued.

While Twitter does have an appeal process, the platform does not name the staffers responsible for decisions on suspensions. Such transparency would represent a large step forward for the company’s accountability.

Navalny’s chilling warning seems extremely plausible. Even in the United States has witnessed the rise of a stifling leftist orthodoxy that seeks to “cancel” various forms of wrongthink. In the name of tolerance or justice or righting past wrongs, leftists seek to silence any expression of conservative thought or dissent from their agenda. Tragically, Big Tech companies like Twitter have used the horrific Capitol riots as a pretext to ratchet up the cancel culture to 11.

It was tragic and horrific to see pro-Trump rioters invade the U.S. Capitol, but most conservatives did not support such violence, and even the Republican senators who supported delaying the certification of Joe Biden’s election victory called for rioters to face the full extent of the law.

While Trump himself called for peace during the riots, he also shamefully coddled the rioters before he finally issued a concession speech. The day after the riots, he warned the lawbreakers, “You will pay.”


The shameful duplicity Trump showed on the Capitol riots on Wednesday deserves condemnation, but it reminded me of the Democrats’ duplicity during the Black Lives Matter riots last summer. While leaders like Joe Biden condemned a vague notion of violence, they shied away from singling out antifa and the Black Lives Matter rioters who used the logic of “systemic institutional racism” to justify acts of wanton looting and destruction.

Those riots have destroyed black lives, black livelihoods, and black monuments. At least 26 Americans died in the riots, most of them black.

Yet Big Tech, and Twitter specifically, did not take similarly suppressive actions against Democrats who coddled these rioters.

Big Tech did not remove House Speaker Nancy Pelosi’s accounts when she called for “uprisings” against the Trump administration. Facebook and Twitter did not target Alexandria Ocasio-Cortez when she claimed that allegedly marginalized groups have “no choice but to riot.” These platforms did not act against Kamala Harris when she said the riots “should not” stop.

Biden rightly condemned the Capitol rioters, saying, “What we witnessed yesterday was not dissent, it was not disorder, it was not protest. It was chaos. They weren’t protesters, don’t dare call them protesters. They were a riotous mob, insurrectionists, domestic terrorists. It’s that basic, it’s that simple.” Yet he made no such denunciations over the summer when antifa militants were throwing Molotov cocktails at federal buildings, burning down small businesses, and setting fire to churches.


Tragically, it seems tech companies like Twitter share this same double standard, and it is a recipe for the suppression of free speech. Powerful platforms have demonized and suppressed dissent from the Left’s narratives on climate change, abortion, LGBT issues, and now even mail-in voting. Such suppression of dissent fosters abuses of power at the top, as Putin’s Russia demonstrates — and Xi Jinping’s Communist China proves at a far more terrifying scale.