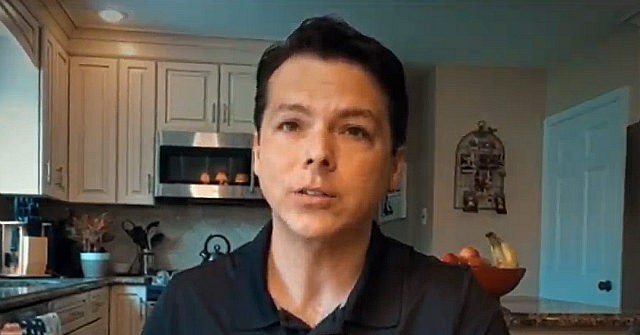 During Friday’s Democratic Weekly Address, Rep. Brendan Boyle (D-PA) discussed the riot at the Capitol and stated that despite the violence, America’s Constitution held and there will be a peaceful transfer of power.

“Fellow Citizens, I’m speaking to you from the United States Capitol, where this week the whole world watched a shameful assault on our democracy play out right before our eyes.

A violent mob stormed the Capitol in order to stop Congress from upholding its Constitutional responsibility to validate the presidential election. Incited by some and radicalized by others, these domestic terrorists wanted to impose their will over that of We the People.

They failed. At 3:40 in the morning, I stood in the well of the House of Representatives, the People’s House, as Vice President Pence announced Congress had carried out its Constitutional duty and affirmed the election of Joe Biden as President of the United States and Kamala Harris as Vice President.

What was at stake this week was not choosing the next president, for the people already made that decision in this election. This was about something bigger than Donald Trump, or Joe Biden, or any man or woman. It was about the survival of our democracy.

Two centuries ago, one of our Founding Fathers cautioned against the danger of taking our democracy for granted. John Adams wrote, ‘Remember democracy never lasts long. It soon wastes, exhausts and murders itself. There never was a democracy yet that did not commit suicide.’

The greatest threat to democracy is never external. It is from within. We must never take for granted our democracy. It must be defended by every generation. Always.

The scenes from Wednesday were ugly and unforgettable, especially for those of us who lived through it. Yet, I remain optimistic.

Growing up in Philadelphia, where our democracy was born, and raised in an immigrant family, I was often brought to visit the historic sites. Every summer, without fail, we would spend an entire day seeing Independence Hall, Congress Hall, the Liberty Bell.

It was at Independence Hall where our nation was declared free and our Constitution born. At the Constitutional Convention, it was an open question as to whether this young nation, only a few years old, would survive. The Convention’s oldest and most accomplished delegate was Benjamin Franklin, one of our greatest Founding Fathers, and my city’s greatest citizen.

Physically feeble, he rarely spoke throughout the Convention. In a notable address toward the close of the Convention, he gently urged dissenting delegates to put aside their legitimate criticisms and unite to adopt our Constitution.

On the final day, as the last delegates were signing the document, Franklin pointed toward the sun on the back of the Convention president’s chair. Observing that painters had found it difficult to distinguish between a rising sun from a setting sun, Franklin went on to say: ‘I have often […] in the course of the session […] looked at that sun behind the president without being able to tell whether it was rising or setting. But now at length, I have the happiness to know it is a rising sun.’

In a week such as this, when an armed mob stormed the Capitol, it can be hard to tell whether that sun is rising or setting on our American democracy.

But have no doubt. Be not afraid. For the miracle at Philadelphia lives. Our Constitution held. On the 20th of January, the sun will rise, and at twelve noon, a peaceful transfer of power will take place in America.

Thank you, and may God continue to bless the United States of America.”