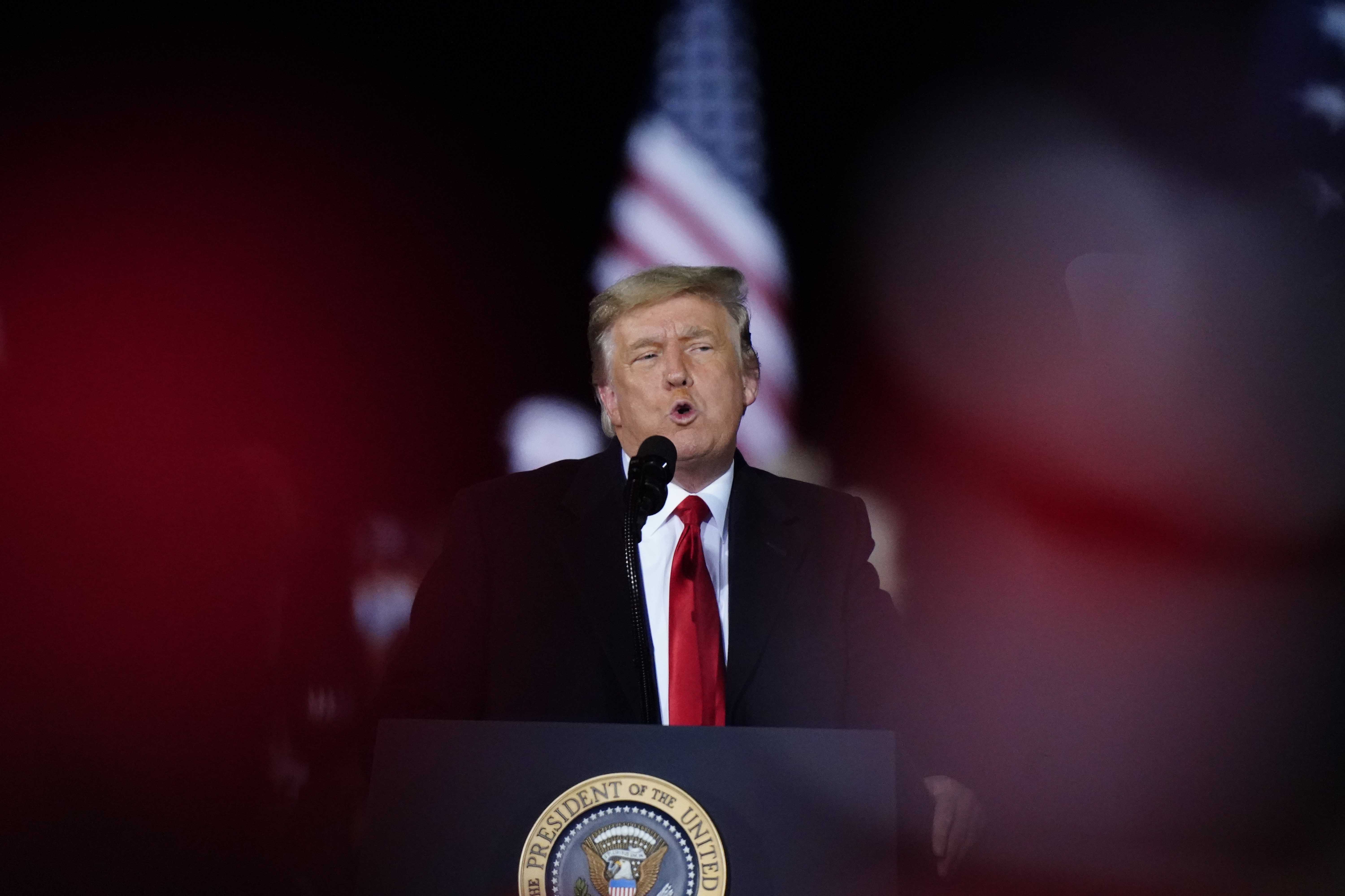 Cassandra Fairbanks, a prominent MAGA activist, tweeted: “[He] tells angry people to march to the capitol [and then] proceeds to throw his supporters under the bus.”

> tells angry people to march to the Capitol

>> proceeds to throw his supporters under the bus https://t.co/Kgd1OAyeiW

And when far-right stunt journalist and failed congressional candidate Laura Loomer posted Trump’s concession video on Parler — “It’s over,” Loomer bemoaned, “Life is about to become very hard for conservatives in America” — the people in her replies were aghast that she acknowledged Trump’s own words. “He DID NOT CONCEDE! ITS HIS NEW ADMINISTRATION that will be coming in,” one respondent wrote, a sentiment repeated ad nauseam down her feed.

The despondency among the MAGA faithful online represented perhaps the sharpest break the community has ever made with a president they’ve exalted. But it also prompted a familiar brand of skepticism that has marked the past four years: Was Trump merely trying to placate his establishment handlers? Or did he truly betray the MAGA movement, days after several of his followers died while following his instructions to storm the Capitol?

In the past, Trump had been able to keep his online devotees close by swinging back into their good graces, normally with a pot-stirring tweet or the announcement of a controversial right-wing policy. But just hours after the president released his concession video, many expressed shock that he may have closed the book on them forever.

QAnon conspiracy theorists, praying for years that Trump would flush Satan-worshipping pedophile elites out of Washington, tore apart any scrap of data from the video to prove that he was playing one final trick. They subjected the time stamps to numerology, thinking that there was a secret message encoded.

“In no way did Trump say he conceded. He said: transitioning to a new Admin. As in, he gonna clear this one out and bring a new one,” tweeted We The Inevitable, a conspiracy account, getting more than 3,000 retweets within the hour. The account’s followers agreed that this was surely a sign that he was getting rid of Vice President Mike Pence — now cast as a MAGA traitor after participating in the certification of Biden’s win — and that on Jan. 20, retired general Mike Flynn, now a full-fledged QAnon Patriot, would replace him in Trump’s second term.

Some tried to distance themselves from Trump despite their years of activity in MAGAworld, while aiming to redirect their followers’ anger at the next administration. “Yes there were issues. Call those out. Yes after FISA fraud and hoax after hoax, put pressure on Democrats and recognize they have no moral authority,” posted Mike Cernovich, a pizzagate conspiracist who was once nearly an investigative journalist. “But never, ever, go all in Trump.”

Others accepted the loss and showed appreciation for Trump’s remarks.

“Thank you @realDonaldTrump. We tried our best to uncover the truths in our electoral system. We learned a lot,” Tweeted Ron Watkins, the former administrator of 8Kun, the forum that continues to host “Q drops” from the mysterious figure at the center of QAnon. “As Americans, we will support our president on January 20 and beyond.”

But the commentary was not without its share of conspiracy. A popular thread held that the Capitol rioters were actually Antifa in disguise, there to trick the public into turning against the MAGA faithful and Trump himself. There was hope as well that Trump was merely biding his time. They analyzed every word of his video announcement and noticed, to their glee, that he did not formally acknowledge Joe Biden’s win — just merely that a new administration would take over on Jan. 20.

And then, as despair was kicking in, Trump gave them what they needed: a digital attaboy for their support.

“The 75,000,000 great American Patriots who voted for me, AMERICA FIRST, and MAKE AMERICA GREAT AGAIN, will have a GIANT VOICE long into the future,” Trump tweeted on Friday morning. “They will not be disrespected or treated unfairly in any way, shape or form!!!”

And just like that, the faith was restored. “He says GIANT VOICE which are used in military installations to to alert everyone to EMERGENCIES in the area,” tweeted pro-QAnon account CopiusMQ. It was retweeted 700 times within minutes.

“Im [sic] feeling much better, for a minute I thought I was alone in my thinking,” one account replied.