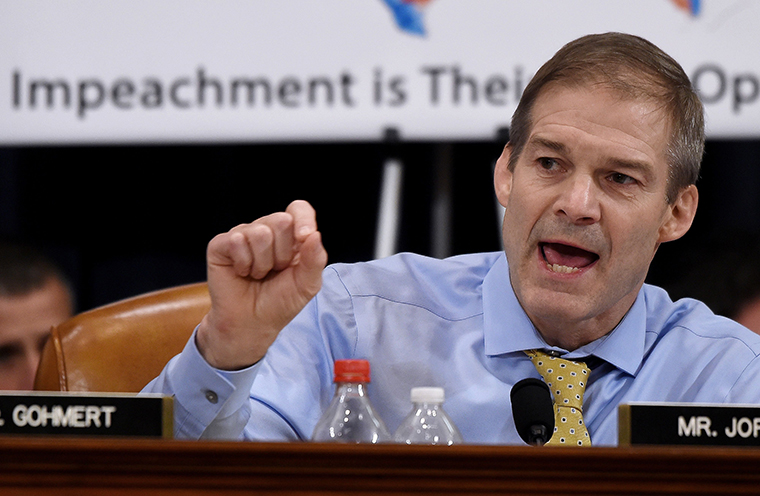 The Justice Department quietly published on its website today some never-before-seen internal legal opinions that could help President Trump block congressional requests as he faces impeachment by the House and a trial in the Senate.

Eight of the opinions appear to bolster the White House’s stonewalling of Congress on witness testimony and document subpoenas.The opinions date back to the 1970s, when President Richard Nixon faced impeachment. One opinion from 1982 was written by the former head of the Office of Legal Counsel at the request of Rudy Giuliani who, at the time, worked within the Justice Department.

A Justice Department official acknowledging the releases said these opinions were cited in the Office of Legal Counsel’s more recent opinion that former Trump White House counsel Don McGahn should be immune from subpoenaed congressional testimony.

The House has sued for McGahn to testify, winning at the trial court stage, and the Justice Department is appealing. The newly released opinions were requested by the House as part of the McGahn lawsuit, according to the official.

Putting these legal opinions in perspective: The collection could be a valuable central resource for the President in the coming weeks, fleshing out the authority the executive branch has given to itself to ignore congressional requests.

Then-head of the Office of Legal Counsel Ted Olson wrote in July 1982 that the White House counsel should not submit to a subpoena or request to testify to the Senate, arguing the President’s “close advisors are an extension of the President.” Just as he cannot “compel congressmen to appear before him,” Congress “may not compel him to appear before it,” Olson wrote.

Notably, Olson told the deputy attorney general that if the President broke with precedent and submitted to such testimony it would be seen by “many — including members of Congress who are aware of the historical practice — as a sign of weakness.”