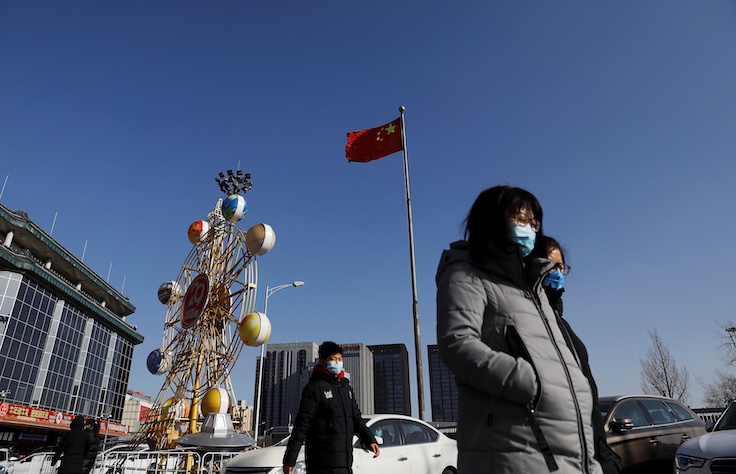 Though the recent case tallies remain a small fraction of what the country saw at the height of the outbreak in early 2020, authorities are moving aggressively to curb its spread to avoid another national wave of infections.

The surge comes as the World Health Organization’s team of investigators probing the origins of the COVID-19 pandemic are set to arrive in China on Thursday. The NHC, which announced their arrival date on Monday, declined to provide the team’s itinerary.

China has been accused of initially covering up the outbreak that first emerged in the central city of Wuhan in late 2019, which critics say delayed China’s initial response and allowed COVID-19 to spread globally.

Wuhan city said on Monday it had launched contact tracing work for two people — among the 82 new local cases Hebei reported — who had been to Wuhan. A restaurant, a business building and three markets visited by one of the two people were later closed.

The current wave of local cases first erupted in the port city of Dalian in Liaoning in mid-December. As winter advanced, other northern provinces – Heilongjiang, Hebei and Jilin – started to report more infections.

Dalian on Monday blamed its outbreak on contaminated foreign vessels, saying the gene-sequencing information of the virus was different from that in previous outbreaks.

Most of the infected were dock workers handling cargoes from one ship from Russia, a Dalian official told reporters.

Shijiazhuang, Hebei’s capital and the epicentre of the new outbreak in the province, is in lockdown. People and vehicles are being barred from leaving Shijiazhuang, while public transport in the city has also been halted.

Shijiazhuang accounted for 77 of the 82 new COVID-19 cases and all of the 49 new asymptomatic cases reported in Hebei province on Jan. 10.

The residential compounds of the infected were under lockdown, with people and vehicles not allowed to leave the premises, the Changchun health authority said.

Hebei said on Monday that several sections of highways in the province have been closed, and vehicles registered to Shijiazhuang and Xingtai will be asked to go back. The latter city has also reported COVID-19 cases in recent days. The NHC reported 76 new asymptomatic cases for all of mainland China, up from 27 a day earlier. China does not count individuals who have tested positive for the coronavirus but are not showing symptoms as confirmed COVID-19 cases.

The new asymptomatic cases in Jilin are not part of the NHC’s daily case tally published on Monday and will be reflected on Tuesday.

Mainland China’s total number of infections to date now stands at 87,536, while the death toll is unchanged at 4,634.

PrevPreviousDemocrats to Impeach Trump for ‘Incitement of Insurrection’
NextReport: President Trump will fight Big Tech’s censorship of conservatives in final days of presidencyNext