Capitol Police Were Overrun, ‘Left Naked’ Against Rioters Despite Warnings To Prepare 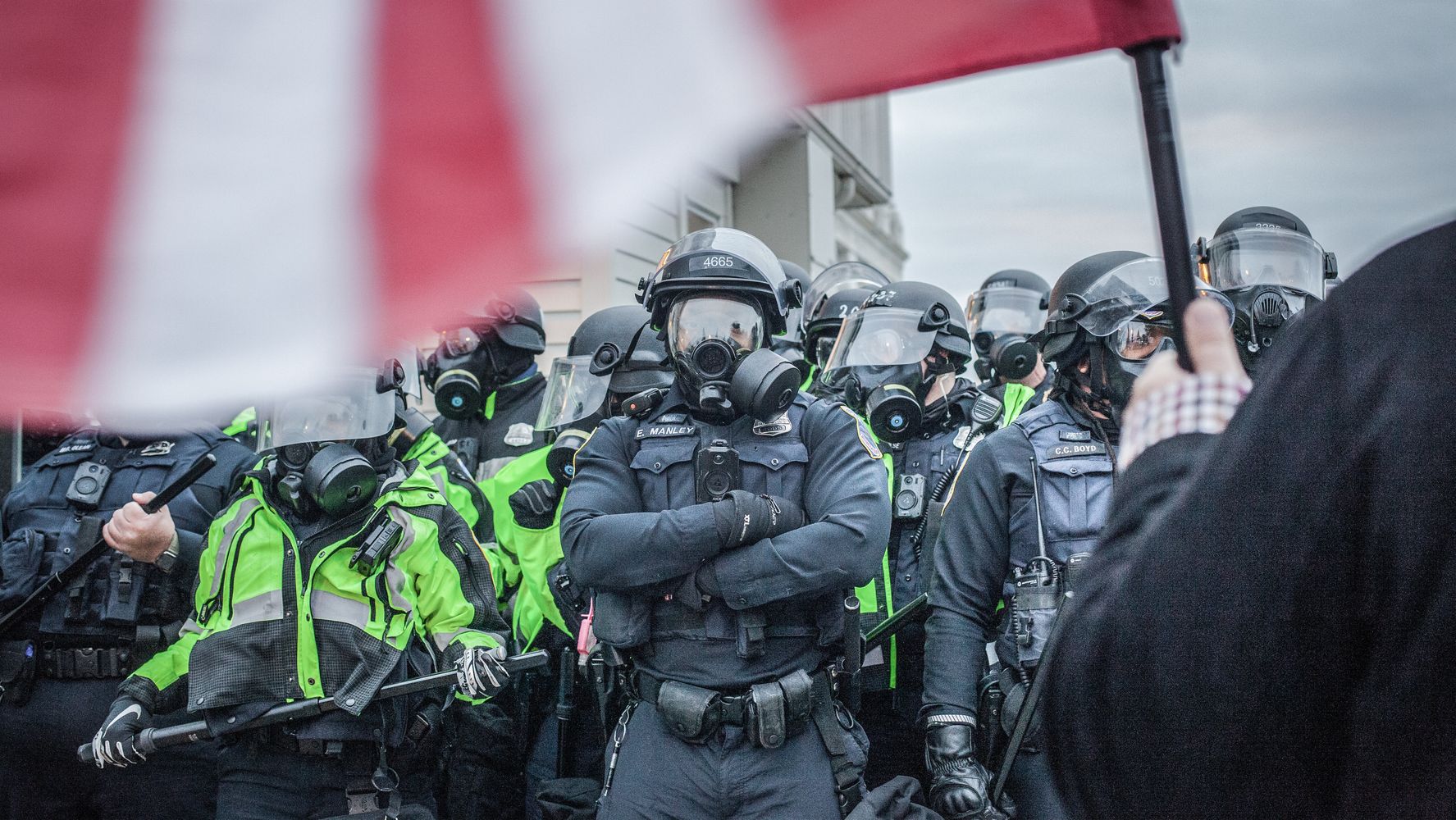 WASHINGTON (AP) — Despite ample warnings about pro-Trump demonstrations in Washington, U.S. Capitol Police did not bolster staffing on Wednesday and made no preparations for the possibility that the planned protests could escalate into massive violent riots, according to several people briefed on law enforcement’s response.

The revelations shed new light on why Capitol police were so quickly overrun by rioters. The department had the same number of officers in place as on a routine day. While some of those officers were outfitted with equipment for a protest, they were not staffed or equipped for a riot.

Once the mob began to move on the Capitol, a police lieutenant issued an order not to use deadly force, which explains why officers outside the building did not draw their weapons as the crowd closed in. Officers are sometimes ordered against escalating a situation by drawing their weapons if superiors believe doing so could lead to a stampede or a shootout.

In this instance, it also left officers with little ability to resist the mob. In one video from the scene, an officer puts up his fists to try to push back a crowd pinning him and his colleagues against a door. The crowd jeers “You are not American!” and one man tries to prod him with the tip of an American flag.

“They were left naked,” Rep. Maxine Waters, D-California. said of the police in an interview with AP. She had raised security concerns in a Dec. 28 meeting of House Democrats and grilled Steven Sund, the Capitol Police chief, during an hourlong private call on New Year’s Eve. “It turns out it was the worst kind of non-security anybody could ever imagine.”

The Capitol police’s lackluster response to the riots, poor planning and failure to anticipate the seriousness of the threat have drawn condemnation from lawmakers and prompted the ouster of the department’s chief and the Sergeants at Arms of both the House and Senate.

As the full extent of the insurrection becomes clear, the FBI is also investigating whether some of the rioters had plans to kidnap members of Congress and hold them hostage.

Investigators are particularly focused on why some of them were seen carrying plastic zip-tie handcuffs and had apparently accessed areas of the Capitol generally difficult for the public to locate, according to an official.

The official was among four officials briefed on Wednesday’s incident who spoke to The Associated Press on the condition of anonymity because they were not authorized to discuss the ongoing investigation publicly.

Larry Rendell Brock, of Texas, and Eric Gavelek Munchel, of Tennessee, who both were photographed with plastic restraints as they broke into the Capitol, were arrested by the FBI on Sunday. Prosecutors said Brock also donned a green helmet, tactical vest and camouflage jacket.

The crowd that arrived in Washington on Wednesday was no surprise. Trump had been urging his supporters to come to the capital and some hotels had been booked to 100% capacity – setting off alarm bells because tourism in Washington has cratered amid the pandemic. Justice officials, FBI and other agencies began to monitor flights and social media for weeks and were expecting massive crowds.

A leader of the far-right extremist group Proud Boys was arrested coming into the city with high-powered magazine clips emblazoned with the group’s logo, police said. The clips were not loaded, but he was planning to attend a rally near the White House.

Capitol police leaders, however, had prepared for a free speech demonstration. No fencing was erected outside the Capitol and no contingency plans were prepared in case the situation escalated, according to people briefed.

Rep. Jason Crow, a Democrat from Colorado, said Army Secretary Ryan McCarthy told lawmakers on Sunday that the Defense Department and law enforcement officials had prepared for a crowd similar to protests in November and December, in the “low thousands” and that they had been preparing for small, disparate violent events, like stabbings and fist fights. McCarthy also said Sund and Mayor Muriel Bowser had called for urgent reinforcements from the Defense Department as the crowd surged toward officers but were “unable to articulate what resources are needed and in what locations, due to chaos.”

Waters grilled Sund on exactly these kinds of questions — about the Proud Boys and other groups coming, about keeping them off the Capitol plaza. The police chief insisted they knew what they were doing.

“He kept assuring me he had it under control — they knew what they were doing,” she said. “Either he’s incompetent, or he was lying or he was complicit.”

Those decisions left the officers policing the Capitol like sitting ducks, the officials said, with little guidance and no cohesive plan on how to deal with the flood of rioters streaming into the building.

The department’s leaders were also scattered during the riots. The chief of police was with Vice President Mike Pence in a secure location, and other high-ranking officials had been dispatched to the scene of bombs found outside the nearby headquarters of the Republican and Democratic national committees.

The rioters had more equipment and they weren’t afraid to use it, said Ashan Benedict, who leads the Washington field division for the Bureau of Alcohol, Tobacco, Firearms and Explosives and was there that day.

“They had apparently more bear spray and pepper spray and chemical munitions than we did,” Benedict said. “We’re coming up with plans to counteract their chemical munitions with some of our own less-than-lethal devices, so these conversations are going on as this chaos is unfolding in front of my eyes.”

Officers have been criticized for their actions after snippets of videos taken by the rioters showed some posing for selfies, acquiescing to demands by screaming rioters to move aside so they could stream inside the building.

But other videos show officers trying in vain to keep the crowd from breaking into the building. One disturbing video shows a bloodied Metropolitan police officer screaming for help as he’s crushed by protesters inside the Capitol building. The young officer is pinned between a riot shield and metal door. Bleeding from the mouth, he cries out in pain and screams, “Help!”

In another stunning video, a lone police officer tries to hold off a mob of demonstrators from breaking into the lobby. He fails.

One officer died in the riot and at least a dozen were injured. The officials wouldn’t reveal the specific number of officers on-duty over concerns about disclosing operational details, but confirmed that the numbers were on par with a routine protest and day where lawmakers would be present.

Capitol Police officials did brief lawmakers ahead of Wednesday, saying they expected large numbers of protesters to attend a rally near the White House, but offered no indication they were making preparations for an en masse movement of the crowd to the Capitol, according to one Republican congressional aide. Still, they advised lawmakers to plan to use the underground tunnels that connect House office buildings to the Capitol.

Benedict was at the bomb scene when Capitol Police captains there told him their officers were being overrun.

He immediately activated the special response team that was standing by and began to call in every ATF agent who works for him in Washington.

When they began entering the Capitol complex at 2:40 p.m., the hallways were packed with rioters.

Eventually, federal agents were able to secure the Capitol Rotunda.

“We just started moving crowds of people out of the Capitol Complex and then going through one by one, each room and rooms off of rooms, to identify friendlies from hostiles,” he said.