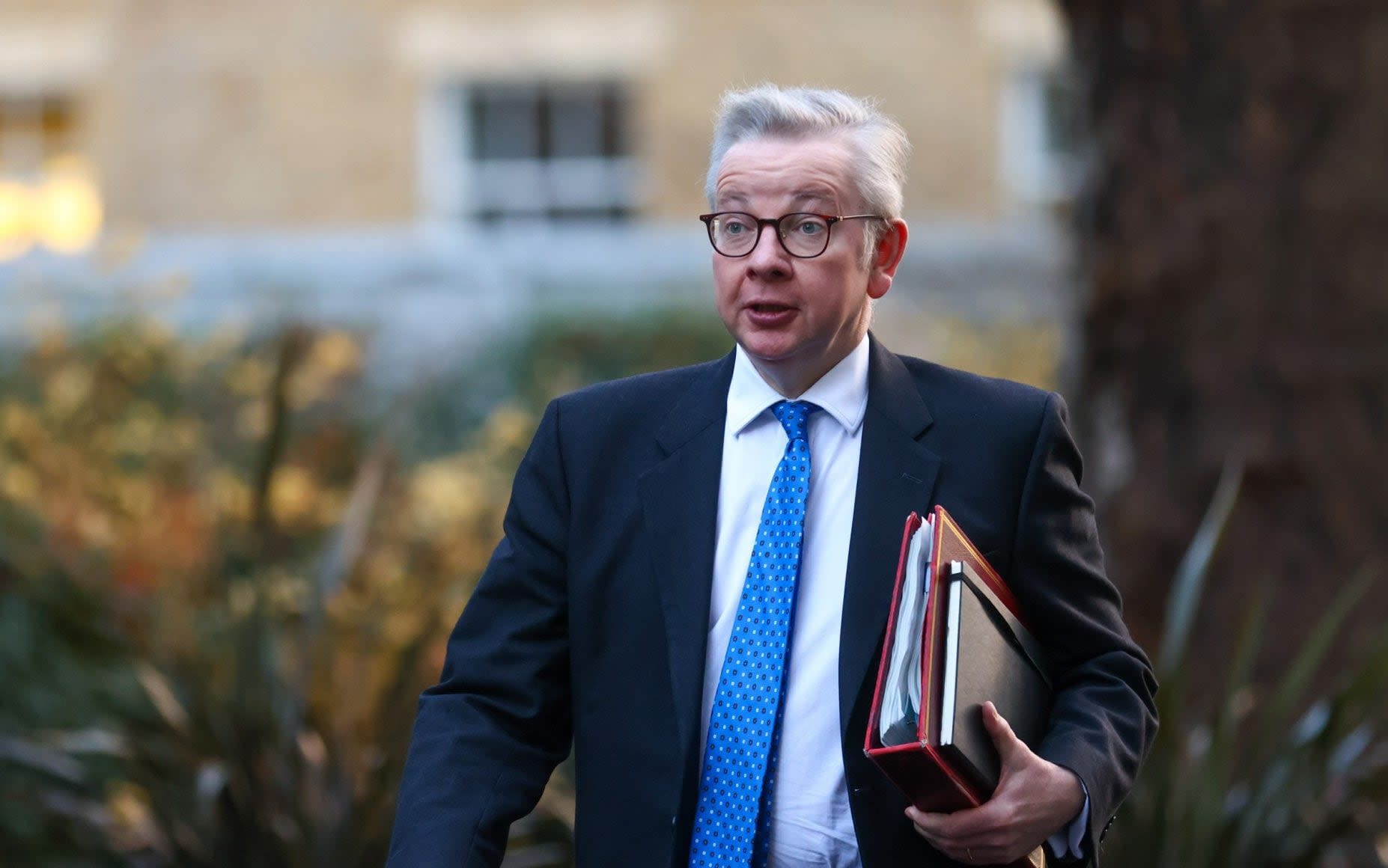 Michael Gove has told businesses to brace for “significant disruption” at the border as France ordered its ports to crack down on lorries arriving from Britain with incorrect paperwork from Monday.

With business leaders warning that post-Brexit red tape is already hampering the flow of trade across the Channel, Mr Gove said the Government would “redouble” its efforts to communicate changes to firms and hauliers.

He added that the impact of new EU trading arrangements would be felt most firmly on the “Dover-Calais route,” with figures released on Friday showing 700 lorries travelling through Kent had already been turned away at the border since January 1.

While the majority of refusals so far have been due to coronavirus testing issues rather than non-compliance, the Cabinet Office said that heightened traffic in the coming days meant disruption was likely to intensify.

And in France, where officials have shown leniency to hauliers arriving from the UK in recent days, The Telegraph has been told that ports, carriers and operators have been instructed to start turning back lorries if they are found to be non-compliant.

It came as Marks & Spencer warned that changes to trade with the EU would “significantly impact” its operations in Ireland, the Czech Republic and France, with the retailer facing potential tariffs on a third of its goods destined for shops in the EU.

In Northern Ireland, where new customs checks have been implemented, M&S has also temporarily paused some of its product lines – including Percy Pigs – moving from Great Britain to reduce complexity.

They were joined by department stores, logistics companies, UK fishing bodies and parcel couriers, which warned of a “perfect storm” of additional bureaucracy, administrative costs, IT problems and confusion over new customs procedures.

In response, Mr Gove said that ministers would be stepping up efforts to “communicate the precise paperwork that is required” by hauliers “in order to make sure that trade can flow freely”.

“We do need to step up preparation,” he continued. “There will be more lorries heading towards Dover, and inevitably it will be the case that there will be some disruption. We must do everything we can to minimise it.”

Government sources said an “enhanced communication strategy” would be drawn up, with officials looking at putting on new webinars for businesses to help them get to grips with new export declarations and new certificates for plant and animal products.

The number of lorries crossing the border to the EU over the past week averaged just 1,584 per day, less than half of normal levels, but this is now increasing at a rate of 20 per cent per day.

By the end of January, the number of trucks travelling to France weekly is expected to hit 40,000, which business leaders warned would exacerbate delays already playing out at ports, including Calais and Dover.

In Ireland, customs authorities on Friday announced a temporary relaxation of rules on entry summary declarations following hold-ups at ports including Holyhead in Wales and Dublin, due to lorry drivers struggling to lodge their forms correctly.

But in Kent, UK hauliers told The Telegraph they have been warned to expect tougher customs controls on arrival in France from Monday, amid claims that French officials have lost patience with the number of lorries failing to file paperwork correctly.

According to industry sources, French officials have warned the majority of lorries arriving into the country from the UK with food products are not meeting new EU requirements around phytosanitary (SPS) controls.

“The French quite rightly are fed up with us,” one insider told The Telegraph. “They said there is so much stuff coming in that is non-compliant with the paperwork that it can’t continue.

“We need operational detail on exactly what is not working. This all boils down to the fact that we did not have properly tested systems in place before January and is absolutely predictable.”

This newspaper has obtained a document circulated to British hauliers, which lists five areas that customs officials say are leading to disruption at the UK-France border.

They include hauliers failing to fill out a specific box in departure declarations, changing destinations at the last moment, failing to provide the correct notification for agrifoods and lacking the original export health certificates, as well as failing to organise an agent to handle SPS paperwork on arrival in France.

Adam Marshall, director-general of the British Chambers of Commerce, told The Telegraph: “It’s still very much the case that the logistics industry and their customers are having to adjust to a treaty that was finalised on Christmas Eve.

“The objective on both sides has got to be keeping trade moving in both directions. The more flexible both sides can be, rather than punitive, the better. Because it is going to take big business time to adjust to the new reality.”

Meanwhile, Steve Rowe, chief executive of Marks & Spencer, said that the company would face potential tariffs on a third of its goods destined for shops in the EU as well as a “very complex administrative process”.

Mr Rowe added that M&S’s Percy Pigs were among products that would be subject to tariffs in Ireland due to “rules of origin” regulations, as the sweets are made in Germany before being transported to the UK and onto the country.

Debenhams, which has gone into administration, has also stopped taking online orders from Ireland, while luxury food store Fortnum & Masons is currently not delivering to Northern Ireland or any EU member state.

Elsewhere, DPD, a major parcel courier, has paused some delivery services into Europe – including Ireland – until next Wednesday, revealing that 20 per cent of parcels had incorrect or incomplete data, meaning they had to be returned to customers.

Similar issues are blighting Cornish fishermen, with the National Federation of Fishermen’s Organisations warning of issues moving fish into the French ports of Calais and Boulogne.