Browns get another shot to end history of their fans’ pain 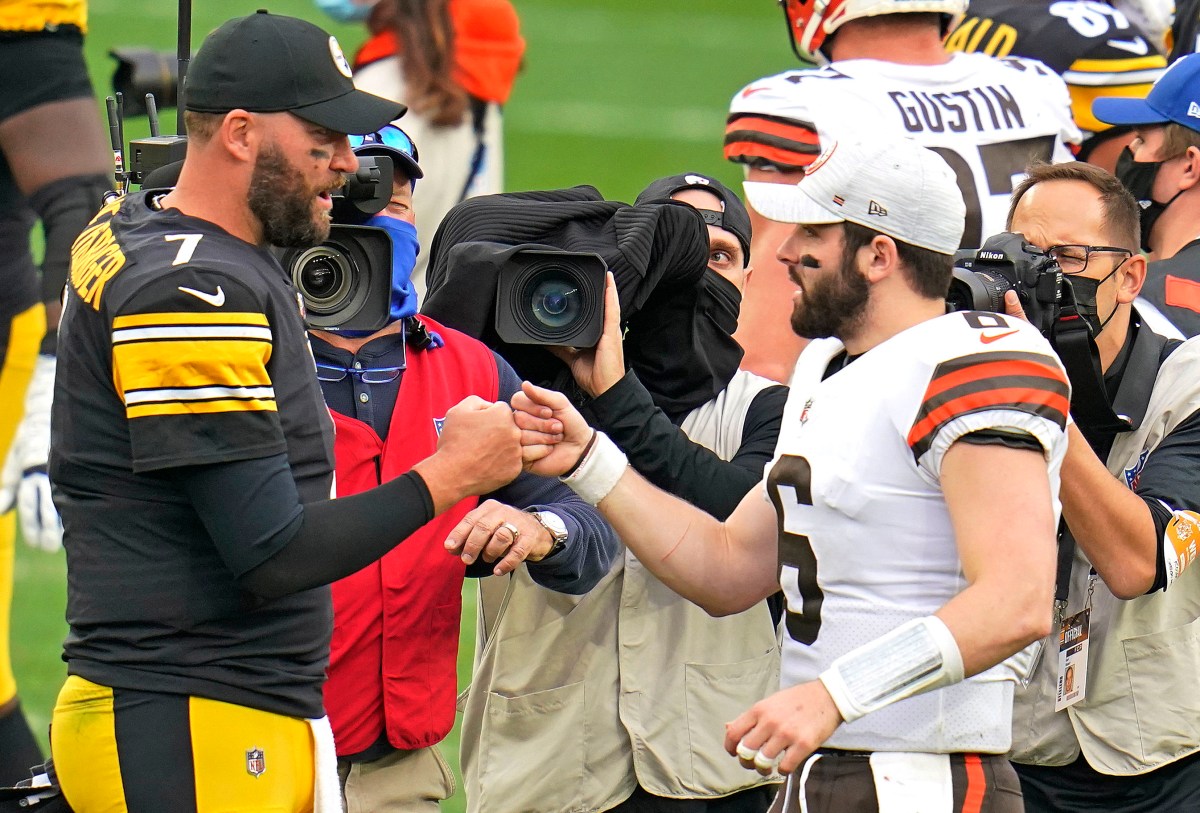 There have been too many times in the lives of Browns fans when they must have felt as if they had been stiff-armed by Derrick Henry, or trucked by Jim Brown — for the minority of them who remember his greatness.

And the most recent one came a mere two days after their hated rival, the Steelers, decided to rest Ben Roethlisberger and several other starters for the playoffs, and in doing so opened the door for Baker Mayfield and the Browns to beat them and reach the postseason for the first time since the 2002 season.

One more time, jubilation was fleeting for Browns fans, who were punched in the solar plexus by the bombshell news that rookie head coach Kevin Stefanski and several starters, including left guard Joel Bitonio, would be sidelined on the COVID-19 list for Sunday night’s wild-card game … against the hated Steelers. Who won’t be resting Big Ben this time.

Mike Priefer will be Cleveland’s head coach. Alex Van Pelt will be the play-caller. The Browns couldn’t practice for most of the week because the virus wouldn’t let them.

It’s another cruel stunt played on Browns fans by the merciless football gods.

Don’t they care that Browns fans lost their team for three seasons when former owner Art Modell took it to Baltimore?

Don’t they care that Browns fans have suffered through 30 quarterbacks since Tim Couch was the first-overall pick of the 1990 draft?

Don’t they care that Browns fans had to endure the indignity of 0-16 in 2017 — with no Trevor Lawrence there for the drafting?

Don’t they care that while the hated Steelers have won six Super Bowls, Browns fans have never watched any of their heroes hoist the Lombardi Trophy?

Don’t they care that Chuck Noll, who won four Super Bowls, and Bill Cowher, who won one, played for the Browns?

How much can the poor Browns fans take?

There was Browns coach Sam Rutigliano passing up a last-minute field goal from the Oakland 12, and Raiders safety Mike Davis intercepting Brian Sipe in the end zone on a play called Red Right 88 at an arctic Cleveland Municipal Stadium on Jan. 4, 1981.

There was “The Drive,” perhaps the cruelest of them all, when John Elway drove the Broncos 98 yards and broke Cleveland hearts in the AFC Championship following the 1986 season.

Then, the very next season, there was “The Fumble,” when Earnest Byner was 3 yards from forcing overtime against the Broncos before he lost the ball in the AFC Championship game.

And, of course, when the Browns last appeared in the playoffs, in 2002, it was the Steelers who bounced them out, when QB Tommy Maddox erased a 17-point deficit in the last 19 minutes for a 36-33 wild-card victory.

“I don’t think anybody in the building thought we weren’t going to win,” Browns quarterback Kelly Holcomb said of that game. “I think everybody thought we were going to go on.”

Holcomb was the quarterback that day because Couch had broken his leg. Of course he had.

The last Browns playoff victory came on Jan. 1, 1995, when Bill Belichick and Vinny Testaverde, in his playoff debut, beat Bill Parcells, Drew Bledsoe and the Patriots, 20-13, in Cleveland.

“This was the biggest game of my career, and next week will be even bigger,” Testaverde said that day. “I am satisfied with the way I played and with the way the team played.”

“Next week” was a Divisional round game at Three Rivers Stadium.

“These teams have hated each other since before any of us were born,” Steelers linebacker Greg Lloyd said before that game.

Byner made the mistake of stomping on the Terrible Towel that Steelers defensive tackle Brentson Buckner had used to whip fans into a frenzy. The Steelers played Bully Ball in a 29-9 win that gave them a sweep of all three games that season against the Browns. Testaverde was intercepted twice and was sacked for a safety.

“We want to win a Super Bowl and bring that to Cleveland,” offensive tackle Jack Conklin said.

PrevPreviousThe All-Out Assault on Conservative Thought Under Biden
NextCCW Weekend: Will The New And Improved HR 38 Get Us National Reciprocity?Next