Black farmers look to next Congress, Biden to dismantle ‘culture of discrimination’ 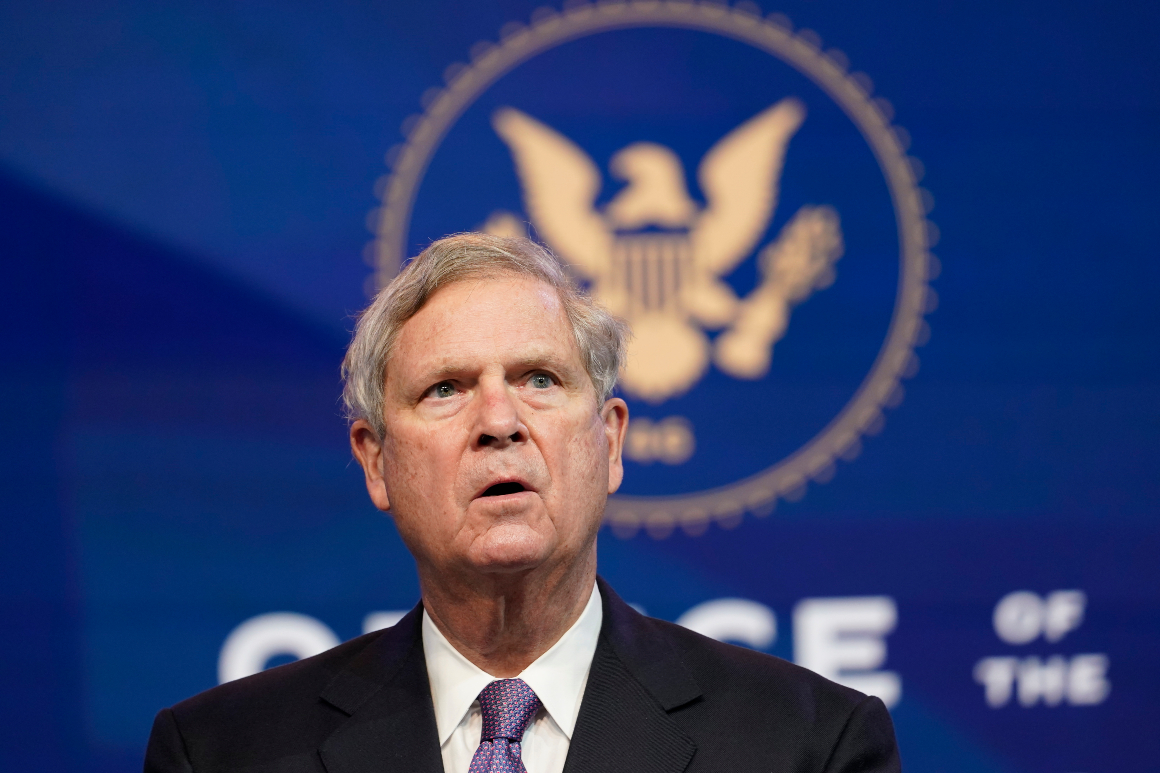 Groups representing Black farmers said they are especially hoping that Biden’s Agriculture Department will follow through on his campaign pledges. Some have balked at Biden’s pick for Agriculture secretary, Tom Vilsack, who oversaw the USDA during the Obama administration, because of his record on civil rights. But Vilsack met earlier this month with almost a dozen community-based groups to convey the incoming administration’s “commitment to ensuring fairness and equity for Black farmers,” according to a statement from the Biden-Harris transition team.

Vilsack’s commitment to a diverse leadership team assuaged some of the tensions.

“We have a lot of confidence in President-elect Biden being truly equitable and having good representation,” said JohnElla Holmes, executive director of the Kansas Black Farmers Association, who was among the group that met with Vilsack. “We need that desperately. Our farmers are struggling.”

The administration’s pledge to focus on Black farmers comes alongside new attention from Congress. Sen. Cory Booker of New Jersey plans to re-introduce the Justice for Black Farmers Act, a bill that would, among other things, fund agriculture programs at historically Black colleges and universities. It would also create new training programs, land grants and a civil rights oversight board at USDA to investigate reports of discrimination both within the department and its Farm Service Agency county committees.

In the House, incoming House Agriculture Committee Chair David Scott (D-Ga.), is planning to hold the committee’s first-ever full hearing on the status of Black farmers.

In 1920, there were nearly 1 million Black farmers in the United States, but today there are fewer than 50,000, Booker said in an interview. He estimates Black farmers have been stripped of an estimated 20 million acres of farmland nationwide.

“The loss of those millions of acres of land was the result of well-documented systemic racism and discrimination within the USDA against Black farmers, with the majority of the land loss happening since 1950,” Booker said. “It is time to address that structural discrimination and directly tackle the systemic racism within USDA, and begin to reverse the land loss suffered by Black farmers.”

Booker’s bill would also place a moratorium on foreclosures during civil rights investigations, create a federally chartered bank to provide Black farmers with loan and financial assistance and forgive USDA debt for those who filed claims under the landmark 1999 Pigford v. Glickman class action discrimination suit that Black farmers filed against USDA.

While Booker’s bill is unlikely to move if Republicans retain control of the Senate, he said he is looking for other ways to accomplish his goals, possibly by adding some of its language to a potential farm bill. He’s also planning to work alongside the USDA and Biden administration.

Advocates, too, are hoping the USDA will look at Booker’s bill for ideas about what to do.

“Even if the bill doesn’t pass under a new administration, a lot of what is in the bill can be implemented within USDA and so even if it’s not passed, I hope it moves forward in another way,” said Jillian Hishaw, who launched Family Agriculture Resource Management Services to help farmers from historically disadvantaged groups in Southeastern states.

A history of discrimination

Hishaw and others said the administration and Congress need to make up for the shortcomings of past settlements with Black farmers.

The Pigford lawsuit, which was initially settled in 1999, left out some farmers who did not meet the deadline to file claims, and did not cancel farmers’ debt or address USDA’s discriminatory structure, said Tracy McCurty, executive director of the Black Belt Justice Center.

In 2010, the government and farmers reached a second settlement. Total claims have amounted to more than $2.3 billion.

“Often when people talk about the Pigford lawsuit, they describe it as a win,” McCurty said. “But what they won’t say is that the lawsuit didn’t address the critical issue of debt. When the farmers organized for this lawsuit, they wanted debt cancellation, [their] land back, access to land, tax relief, and to dismantle this culture of discrimination at USDA.”

For some farmers, settlement payments were not enough to cover attorney fees, compensate for missed loans or recover from lost operations, advocates say.

The changes Black farmer advocates are seeking aren’t limited to monetary compensation. They also want reforms in the way the USDA manages its assistance programs and better representation of farmers of color in decision-making.

Advocates say the USDA’s Farm Services county committees, which consist of local farmers and ranchers voted on by their peers, often left farmers of color out of committee positions, loan programs and outreach. That helped spur dramatic declines in Black-owned farmland in states like North Carolina, where acreage owned by Black farmers fell from more than one million in 1954 to 558,000 in 1969 and 133,000 in 2007, according to the North Carolina Land Loss Prevention Project.

“What is of interest to me and very, very disturbing is during the civil rights period you saw a decline in numbers from North Carolina,” said Savi Horne, the project’s executive director.

Data collected by groups like the Land Loss Prevention Project is more consistent over time than the USDA’s Agricultural Census, which has made multiple changes to its tallies of Black farmers over time — including who counted as “non-white.”

“Some of that is the market economy, but some of it is the county committees, racism and all the ills Pigford complained about,” Horne said. “From our perspective of seeing how much farmland is on the ground, there is more to complain about the inner workings of the county committees and the racism that barred farmers in terms of trying to get access to credit and programs.”

Hope for change in a new administration

In the Dec. 22 meeting with groups representing Black farmers, Vilsack reiterated his commitment to addressing their concerns.

The hourlong virtual meeting, led by Cornelius Blanding, executive director of the Federation of Southern Cooperatives/Land Assistance Fund, focused on where USDA needs to improve. Blanding cited the importance of having a much more diverse leadership team working with Vilsack at USDA.

“We know that we have been heard,” she said.