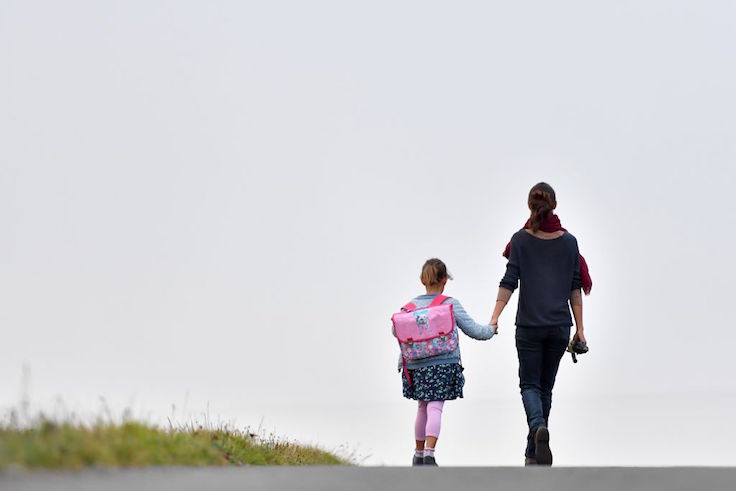 The United States has a higher share of single-parent households than 129 other countries, a recent analysis from the Pew Research Center reveals.

Twenty-three percent of U.S. children live with a single adult, Pew found, compared with an average of just 7 percent around the world. Of the 130 countries from which Pew obtained survey data, rates of single-parent households ranged from the low 20s in the United States and United Kingdom to as low as 1 or 2 percent in countries like Turkey and Afghanistan.

The report suggests that America’s record-high rate, a product of the steady decline in two-parent homes in the United States, is related to the move away from extended family structure in Western nations and toward a more isolated model for children and adults alike. The result is another part of the complicated story of family and marriage inequity in the United States.

Single parenthood’s commonness in the United States makes the country stand out even by comparison to other developed nations, Pew found. Although many Western countries have single-parenthood household rates in the double digits—including Ireland (14 percent), Germany (12 percent), Canada (15 percent), and France (16 percent)—they all still have lower rates of single-parent households than the United States. 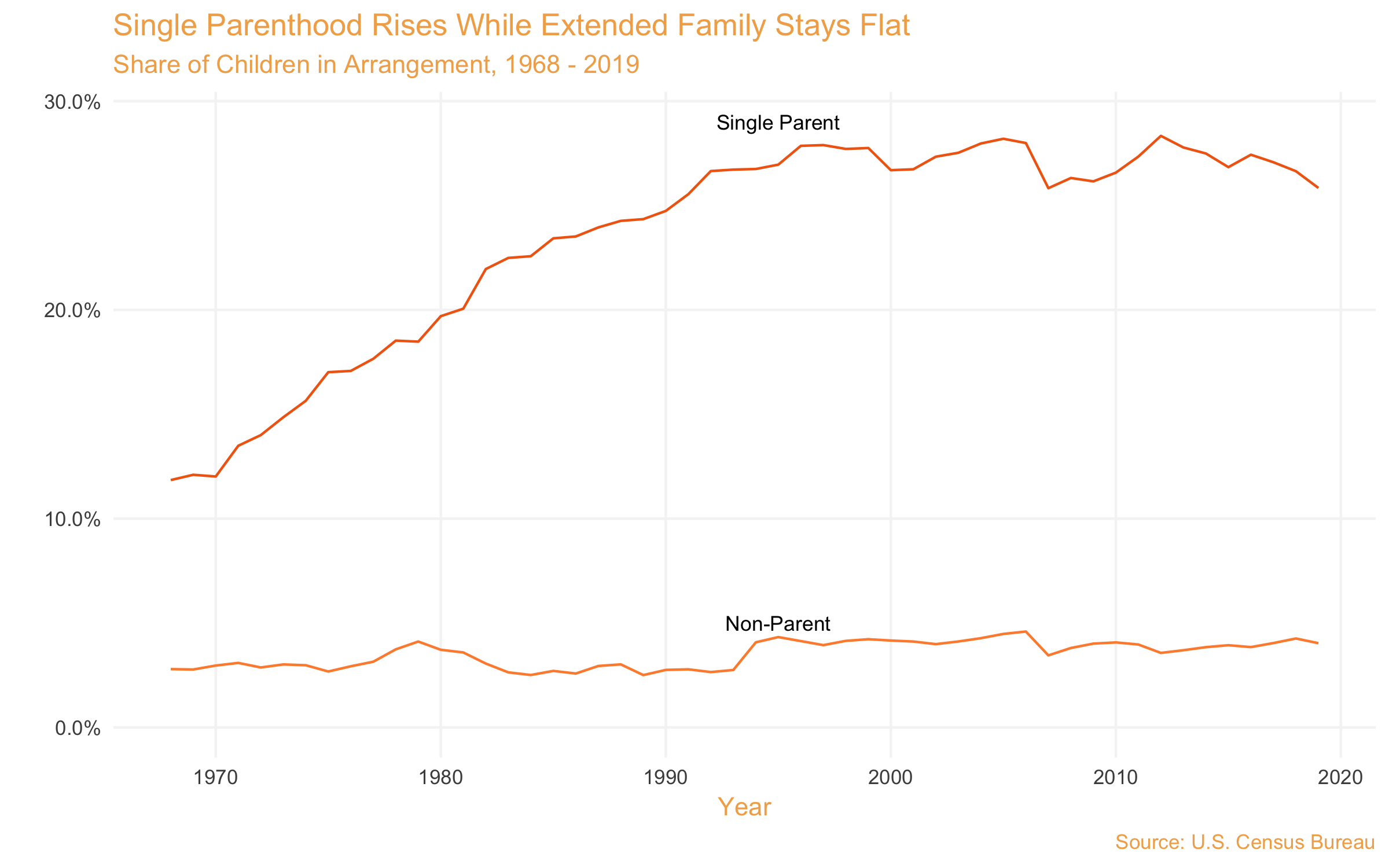 Extended family living is uncommon in the United States among all age groups. Pew found that more than a quarter of Americans over 60 live alone, compared with 16 percent around the globe. Just 14 countries have higher rates of older adults living alone.

Similarly, just 6 percent of U.S. adults over 60 live with extended families, while 46 percent live with just a spouse. By contrast, 38 percent of older adults around the world live in extended-family households, while 31 percent live as a couple.

All of these numbers correlate with economic development.

“Around the world, living in extended families is linked with lower levels of economic development,” the Pew report explains. “Financial resources stretch further and domestic chores such as childcare are more easily accomplished when shared among several adults living together.”

In other words, many poorer countries have low rates of single parenthood because such arrangements are, in theory, a luxury of the developed world. Much of the work done by extended families in the developing world is replaced, in the developed West, by labor-saving technology or hired labor.

This can work well for those parents who get and stay married—a group that is disproportionately likely to be highly educated or well off. But those who have children out of wedlock—which accounts for more than 40 percent of children born today—can easily find themselves both economically unable to handle the challenge and bereft of the extended family support relied upon in many other countries.

The results for children are often grim. Although academics debate about causality, single parenting is strongly related to risk for poverty and lower educational attainment on the part of the child, as well as incarceration among boys and teenage pregnancy among girls. As the share of single-parent households increases, the risk of these adverse outcomes also rises.