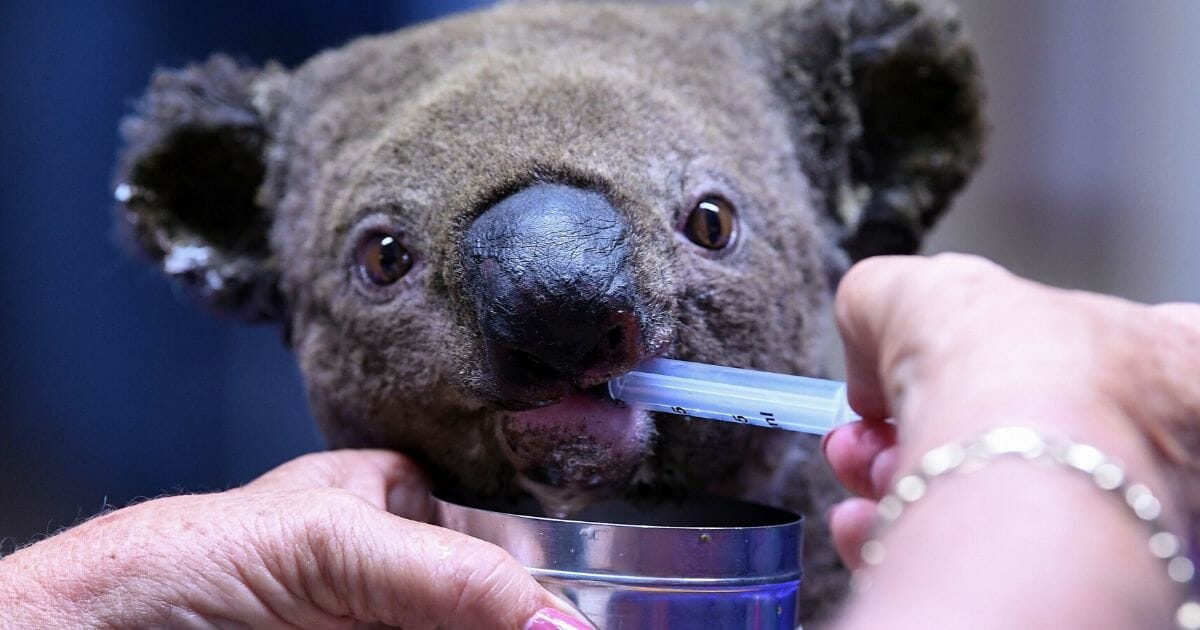 As brush fires ravage parts of Australia, an animal native to the nation may be suffering worst of all.

Australian Koala Foundation Chairman Deborah Tabart is estimating that more than 1,000 koalas have been killed in the fires.

What’s worse is that she believes 80 percent of their habitat has been destroyed as a result of the fires wrecking an already compromised ecosystem.

Even when the fires are out, eucalyptus trees, which are the main source of food for the koalas, will not grow back for some time in the devastated areas, leading to starvation for the koalas.

People are doing what they can, from rescuing injured koalas to creating a GoFundMe page to help them in the future.

TRENDING: Top Democrat Adam Smith Reveals That Devin Nunes Is Their Next GOP Target for Investigation

This woman saved a koala badly burnt in our Australia’s recent bush fires by taking the shirt off her back and wrapping the precious animal in it. 🍂🐨🍂

Functional extinction is a precise term that denotes when a species is no longer a major player in its ecological role and the long-term viability of the species is in doubt, according to Forbes.

Should Australia do more to save the koalas?

Use of the term has prompted some pushback, according to The New York Times.

“What is particularly frustrating about the term ‘functional extinction’ is it indicates a population that is basically past the point of no return, so it means that nothing really can be done,” said Jacquelyn Gill, an associate professor at the University of Maine’s Climate Change Institute.

Noah Greenwald, endangered species director at the Center for Biological Diversity, said there is no question that the koala population is in dire straits.

“They’re in a lot of trouble, and they need our care and our help if they’re going to survive,” he said.

But even he took issue with Tabart’s depiction of the crisis.

“I think it’s premature to call them functionally extinct,” he said. “That would almost suggest that we give up hope, and I don’t think it’s at that point yet.”

Tabart, however, said her comments on the severity of the koalas’ plight are accurate.

“I have driven to pretty much every part of the country,” she said. “I absolutely know that there’s not one koala population that’s safe. I don’t care what anyone says. I have been there. I’ve seen it. I’ve written about it. I’ve been dedicated to this job for 31 years.”