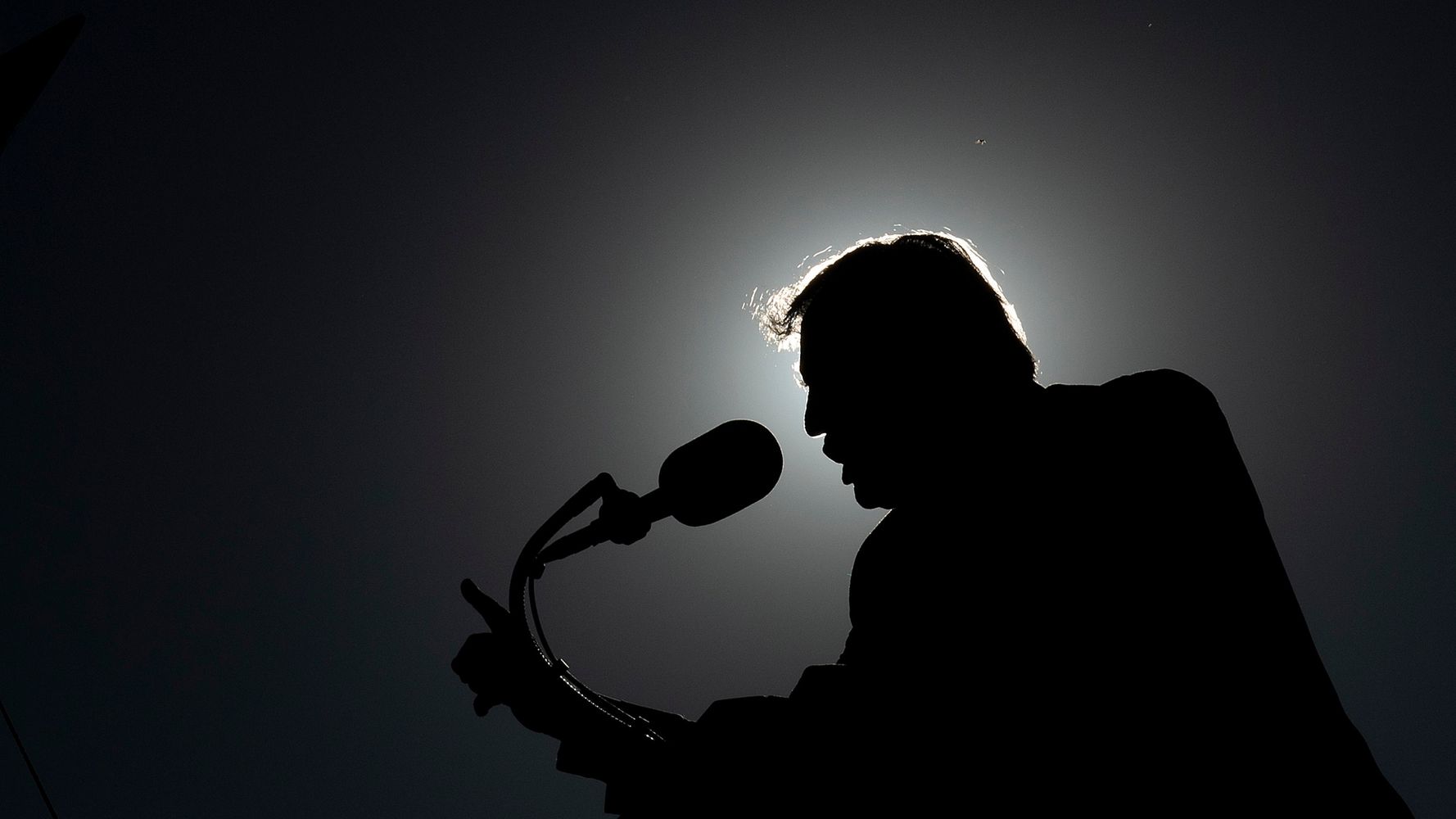 This week a mob of President Donald Trumpâs supporters stormed the U.S. Capitol in an attempt to overturn the results of the 2020 election. Five people died in the chaos, including a police officer.Â

This historic insurrection was the culmination of five years of fascist rhetoric from the president, who now has less than two weeks left in his disastrous sole term in the White House.Â

Ruth Ben-Ghiat is a history professor at New York University and author of the book âStrongmen: Mussolini to the Present.âÂ  She talked to HuffPost about how she thinks Trump might act once heâs out of office and how America could be headed for even more violence and political unrest.Â

Youâve been at the forefront of identifying and documenting how Trump and the âMake America Great Againâ movement represent a real authoritarian or fascist insurgency. Were you still surprised to see what you saw Wednesday?

No, I wasnât surprised. I was extremely calm when it happened because I just kind of expected it. Of course, it was shocking to then see the lawmakers cowering, and then I became very angry at the arrogance and lawlessness, and the fact that the police didnât do anything and that these guys went out for drinks later, these insurgents. But no, this has been set up since Trumpâs presidential campaign, when he actively cultivated all of these various militias and far-right forces, so itâs that cultivation entwined with this victim cult.Â

Because this doesnât work if you donât have the cult leader. And the leader is the victim. So the leader is the protector, heâs going to save the nation, blah, blah, blah, but once they bonded to him, itâs very fascistic. Itâs very fascist. If heâs in trouble, their duty is to save him. And so Trump has played them like a violin all these years, doing exactly what he needs to do to string them along and keep them loyal. Give them just enough crumbs of affirmation.Â

And then he called on them because the other things that he was trying to do didnât work.Â

Youâve described this kind of leader-follower relationship like a fascistic relationship. Typically how is that spell broken? How do people get out of that?

Unfortunately, they donât get out of that. What I mean is â the other cases are, in some ways, not analogous, because, you know, when you have a real dictatorship, thereâs no opposing voices. In fact, in a way, it makes our case all the more scary and remarkable because he didnât have time to ruin democracy.

You know, we had a very robust opposition press. But yet he still managed to have this huge mass of fanatically loyal people. And so once they bond with a leader, historically the only thing that gets people out of it is direct experience with disaster. So itâs very Interesting that the coronavirus didnât, you know, cause more people to turn away from Trump. And again, heâs very skillful at propaganda, so he knew how to present it all so that, you know, he wasnât touched â the mismanagement wasnât blamed on him.Â

But some people did, some people woke up and made videos, saying, âI used to believe Trump and my wife died,â you know, so thatâs the kind of thing that needs to happen at a mass level. And itâs been horrifying that it hasnât happened. Indeed he got more votes.Â

And in Italy and in Germany â and again, you had many, many years of total dictatorship â but the only thing that ruined or started to dissipate the personality cult was when the Allies bombed Italy and Germany and regular people had immense hardship. And in that sense, whatâs parallel is the shock of people seeing the Capitol, you know, breached, and lawmakers having to run for cover. That shocked some Trumpians into resigning, like it woke some people up.

I think what Iâm seeing some people express concern about is that, although it made certain people decide to leave MAGA world or whatever, or at least some people in the White House, the storming of the Capitol could also end up being a kind of a recruiting event.

Yeah, because it kind of feels like â like they breached the Capitol, they got in, the Capitolâs vulnerable.Â

Then they got to go out for beer. They didnât end up in prison.

I just saw your tweets about that. I hadnât seen that. They just went out for beer.

So thatâs what actually made me not sleep last night. Iâm so angry about thatâ¦. Itâs just everything wrong for our future.Â

This is what I mean by Trump as the agent of lawlessness that comes to define the culture, with deadly effects. “Getting away with it” – what Trump’s done his whole life – becomes a desirable social value. https://t.co/qJDsbEBGpR

So we are entering these last couple of weeks of the Trump presidency, and all signs indicate that he will have to leave office, but it feels like Jan. 6 was a significant point of a new, subversive extremism movement in this country. Is there an analogous situation in history of authoritarian figures not being in power but still holding so much power?Â

Again, itâs not an exact analogy, but [Chilean dictator] Augusto Pinochet was voted out and heâd been in for 17 years and had a real dictatorship and did torture and all that, but he had a year before he had to leave, and he spent the year trying to whip up extremism or keep the extremism whipped up. Also, he stacked the courts, like protecting his legacy, and tried to sabotage the new democracy and also getting legislation passed so that he and his torturers couldnât be prosecuted as easily.Â

So thatâs the only â because normally these guys, they either go into exile, so bye, or they die or theyâre killed. So one of the only ones was Pinochet, who was voted out. Itâs like maybe the only one I know about.Â

Weâre seeing some people finally starting to distance themselves from Trump and his efforts to throw out the results of the election. So we have [Senate Majority Leader] Mitch McConnell give this speech on the floor of the Senate, and now his wife, the secretary of transportation, has submitted her resignation. Whatâs your reaction to that?

Partly âOK, great. Better now than never,â but partly Iâm rather cynical about it, because this fits the history of such things where these people, once they make their crony deals with the leader, they back them no matter what they do, and the only thing that makes them act is if they feel their personal safety is threatened. Literally them. Itâs so interesting to me that only when the Capitol was breached and they actually had to go into lockdown against an armed insurgency did they decide that there was some danger enough to merit distancing from Trump. So thatâs kind of gross. Itâs just their self-interest.Â

However, they could have not [distanced themselves]. So better that they did it, because now if there is any hope to get rid of him, like with the 25th Amendment, you need those people to have distance.

And speaking of the 25th Amendment, what do you see as the best path forward, for both the immediate future dealing with Trump over the next couple of weeks and looking forward at the MAGAverse and how to deal with that over the next few years?Â

I think every day he stays there itâs like increasing danger. And it can get more dangerous than now because heâs going to be more inclined to do desperate things, to sell intelligence, to sell out people, to take revenge â just suping up everything heâs already been doing. And so he shouldnât be allowed to stay there.

This doesnât depend on the government, but his Twitter account and other social media accounts should not be restored. Itâs like just a tiny slap on the wrist that doesnât teach anybody anything. Thatâs the same thing that happens to these extremist wackos, and then they get their accounts back and they start all over again.Â

Heâs the far-right wacko in chief, and he should be de-platformed for sure. Heâs the biggest danger to society we have. So going forward, I mean, unfortunately, I foresee a lot of turbulence, an attempt to make America as dangerous as possible and blame it on âantifaâ and other groups; and a lot of extremism and domestic terrorism, all to create the need for âlaw and orderâ government so that Republicans can get back into power. I mean, I hope that doesnât happen, but I could see that happening.

And that essentially is what you think is the motivation behind this campaign to blame everything on antifa?Â

A day before this happened, [the Trump administration] issued that weird proclamation about antifa being terrorists. And itâs like, what? Interesting timing. But luckily, the attempt to blame antifa hasnât really stuck. I mean, I know itâs being circulated on right-wing sites, but the visuals are so compelling itâs hard to blame it on the left.Â

What do you think happens on Inauguration Day?

Heâll have some kind of rally. It will be like the victimhood rally, depending on what happens to him, but if heâs just allowed to stay there, heâll have some kind of rally, and that will help to kick off this next phase that weâre talking about. And itâll be like super-dangerous grievance stuff, because now that heâs out of power, heâs going to be more unleashed and unhinged than ever. I hope people are realizing that. You know, I feel bad because people want to relax, because Bidenâs coming in and we didnât even get to enjoy the victories in Georgia, and instead they have to prepare themselves, to be ever more vigilant.

Yeah. He has to be removed. For the good of everyone.

PrevPreviousPence to attend Biden’s inauguration on Jan. 20 – politics updates
Next2021: a year of hope or chaos for the biggest events in world sport? | SportNext