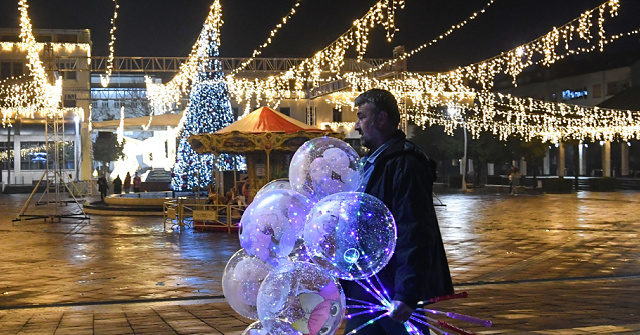 Governments worldwide have imposed limitations on the number of people allowed to gather in private and public to celebrate New Year’s Eve on December 31 amid the ongoing coronavirus pandemic.

Below are several countries and cities around the globe that have banned traditional New Year’s Eve celebrations in an effort to curb transmission of the Chinese coronavirus.

Zimbabwe’s federal police on Wednesday announced a nationwide ban on various activities associated with New Year’s Eve celebrations in the southern African nation, including, “unsanctioned parties, use of fire crackers, skidding of vehicles, beating and overturning of bins and drums in residential, business and other areas.”

“No all-night prayers, music galas or concerts are allowed. Bars, beer halls and night club operators should take note that they are yet to be allowed to operate,” Zimbabwe Republic Police Police Assistant Commissioner Paul Nyathi said in a statement.

Nyathi urged parents and guardians across the country to watch over their children, especially young daughters, on New Year’s Eve.

“This follows a sharp increase in rape cases involving minor girls between the ages 13 and 17 on Christmas Day,” New Zimbabwe noted on Wednesday.

“Children especially the girl child should be monitored and protected from criminal elements,” the assistant police commissioner cautioned.

“Police will intensify patrols, stop and searches and blitz on all residential, industrial, farming and other areas where the public will be undertaking various activities,” he added.

Authorities in the southwestern city of Bangalore, the capital of Karnataka state, have banned all public celebrations and gatherings on New Year’s Eve.

“All public celebrations are banned on streets like MG Road, Church Street, Brigade Road and Koramangala in Bengaluru where people in large numbers gather on New Year’s Eve. Celebrations at pubs and restaurants have also been banned,” Manjunatha Prasad, the commissioner of the Greater Bangalore metropolitan area said on December 20, according to the Economic Times of India.

“The measures will include a ban on vehicles along some 30 kilometers (19 miles) of Rio’s coastline, where millions of people typically gather every December 31 to ring in the new year with elaborate firework displays,” Agence France-Press reported.

“We don’t want to create any superspreading events on New Year’s Eve,” she said this week.

“Our preferred advice is that people just stay home for New Year’s Eve, but if must have people over, don’t have more than five and please make sure you have adequate social distancing, good ventilation [sic],” Berejiklian said.

Authorities in Hong Kong canceled the city’s traditional New Year’s Eve fireworks display over Victoria Harbor this year for the second year in a row. Officials canceled the show last year in the face of months-long protests against the Chinese Communist Party.

Government officials have shut down the beaches along South Korea’s eastern coast in Gangwon Province for New Year’s Eve. People traditionally gather along Gangwon’s beaches to watch the first sunrise of the New Year.

“I want you to spend a quiet New Year,” Suga told a news conference in Tokyo on December 25.

Authorities in Russia have banned or restricted public New Year’s Eve events across many regions. In Moscow, however, traditional fireworks displays will still take place in the capital’s iconic Red Square and throughout the city.