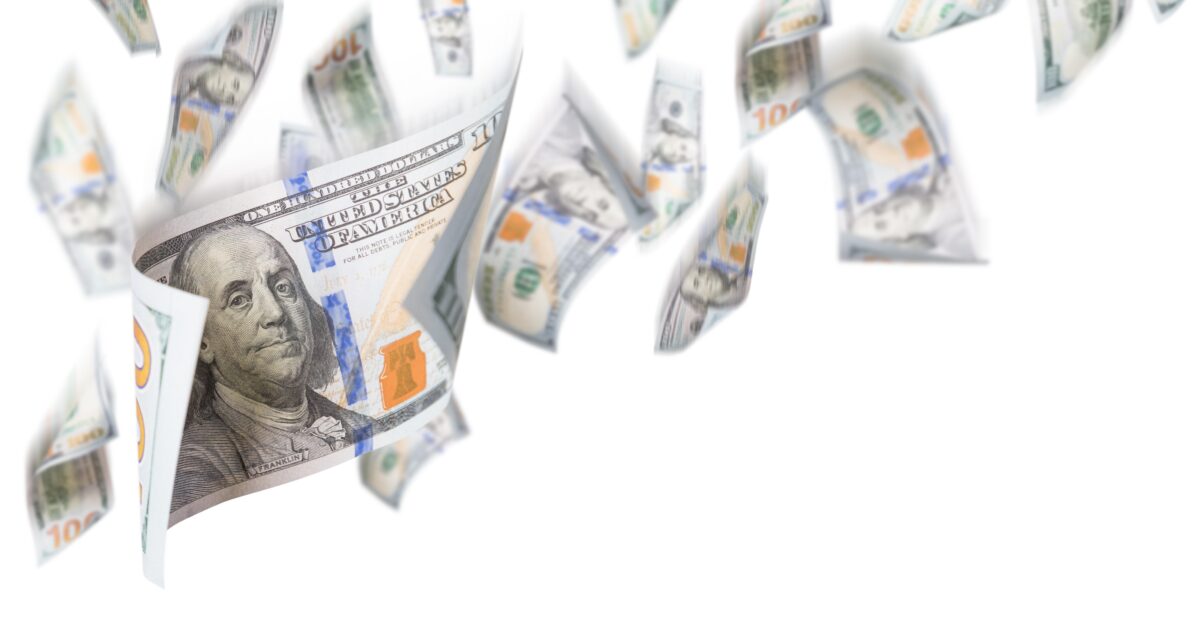 The U.S. government is thinking about creating an electronic currency backed directly by the dollar, an idea dubbed the “digital dollar” or “Fedcoin.” Such a step could severely damage trust in the dollar and risk Americans’ privacy.

Blockchain technology has allowed countries across the world—most notably China—to create central bank digital currencies (CBDCs), which allow people to exchange money electronically without going through a bank or a secondary service such as PayPal or Venmo.

In a recent video, U.S. Federal Reserve Chair Jerome Powell announced that the Fed intends to issue a discussion paper about the “benefits and risks associated with CBDC in the U.S. context.” While Powell’s statement was generally neutral, stressing the importance of taking time to assess “the broader risks and opportunities,” other oficials have more pointedly favored the idea. Fed Governor Lael Brainard endorsed a digital dollar at a recent conference sponsored by CoinDesk, and Sen. Sherrod Brown (D-Ohio) wrote in March that a CBDC could help create a more “fair and equitable financial system” by allowing unbanked Americans to pay electronically without a bank account, credit card, or internet connection.

CBDC boosters also argue that the currencies are more efficient, since transactions that use them would not have to travel through as many intermediaries. This, they say, could reduce the friction of international payments and make global transactions easier.

It’s not clear how big these benefits really are. The Federal Deposit Insurance Corporation reported in 2019 that only 5.4 percent of Americans lacked a bank account—a total that has been dropping rapidly. And we already have intermediaries, such as PayPal and Venmo, that can make international payments virtually instantaneous. Are these reasons enough to put Americans’ privacy at risk?

Paul Jossey, an adjunct fellow at the Competitive Enterprise Institute, says the potential impact of a CBDC on Americans’ financial privacy is “at best very scary.” At worst, he adds, it’s “nightmareville.”

China’s digital yuan shows how CBDCs could be a tool of government surveillance and control. “Unlike many anonymous and decentralized cryptocurrencies, [it] is monitored and backed by the [People’s Bank of China], affording China’s leadership supreme control over all transactions,” reports Asia Times. This “allows the Chinese government to integrate data collected on other platforms like the social credit system to generate a more detailed picture of individual users’ buying patterns.” In a video released by CGTN, a state-controlled media outlet, a fist with a symbol of the digital yuan punches the ground as a symbol of how the currency will be used to find and crush those who disobey the law.

The European Union has floated plans for a CBDC with “privacy anonymity vouchers,” which consumers could exchange to protect the privacy of their transactions. “But if you run out of vouchers, then that’s it,” says Jossey.

Meanwhile, tech writer Naomi Brockwell is worried that CBDCs could allow the government to “automatically deduct taxes,” “freeze funds more easily,” and “program money that sits in a bank account to become worthless if it sits too long in order to encourage spending.”

And while Powell and Brainard have been careful to say that CBDCs would not replace cash and other payment systems, some supporters of CBDCs have other ideas. Deutsche Banke, the largest banking institution in Germany, stated in a November 2020 report that “in the long term, central bank digital currencies will replace cash.” As Reason has pointed out on many different occasions, cash remains the only truly private form of transaction; a cashless society is a “pay-as-the-powers-at-be-will-let-you” society.

Competitive private sector organizations have at least some incentive to prioritize privacy, as we’ve seen in the cryptocurrency market. The federal government has little such incentive.

Much of the push for government-run digital money is driven by fears of those private cryptocurrencies. Sen. Brown, for example, pointed out that bitcoin “can be used for illegal activity.” (In fact, cash is still the preferred method of choice for illegal transactions. According to a report by Chainalysis, illicit behavior accounts for less than 1 percent of all crypto activity.) Meanwhile, Brainard is worried about the widespread adoption of stablecoins—digital assets pegged to a national currency, usually the U.S. dollar. If these are widely adopted, she argues, they could recreate a system like the one the U.S. had before the creation of a national bank, where there was no one dominant currency; and that, she fears, could lead to instability.

Dante Alighieri Disparte, who serves on the World Economic Forum’s Digital Currency Governance Consortium, believes such concerns are unfounded. “That the majority of asset-referenced stablecoins in circulation today are pegged to the U.S. dollar speaks to how the fundamental trust in the U.S. dollar as the global reserve currency of choice is being preserved by digital currencies, not circumvented by them,” he writes in Coindesk.

Another fear that comes up in these arguments is a fear of “falling behind” China, causing the dollar to lose its global preeminence. But “by today’s hyper-competitive digital currency and blockchain standards, the U.S. may not be a laggard at all, but rather is already winning the race for the future of money and payments,” Disparate argues. China’s control over the flow of the digital yuan makes it an unappealing way to store assets and do business.

“Americans, and people around the world, trust the dollar not just because the government behind it is powerful but also because it is constrained by a robust body of law, among whose pillars is the Fourth Amendment protection against unreasonable searches and seizures,” writes Washington Post columnist Charles Lane. “We should be very sure of the benefits of CBDC before granting the central bank powers that could be bent to Orwellian purposes, either by this government or, in the event of hacking, a foreign one.”

The best future of money is not in a centralized public digital currency. It’s in a free marketplace marked by privacy, innovation, and choice.