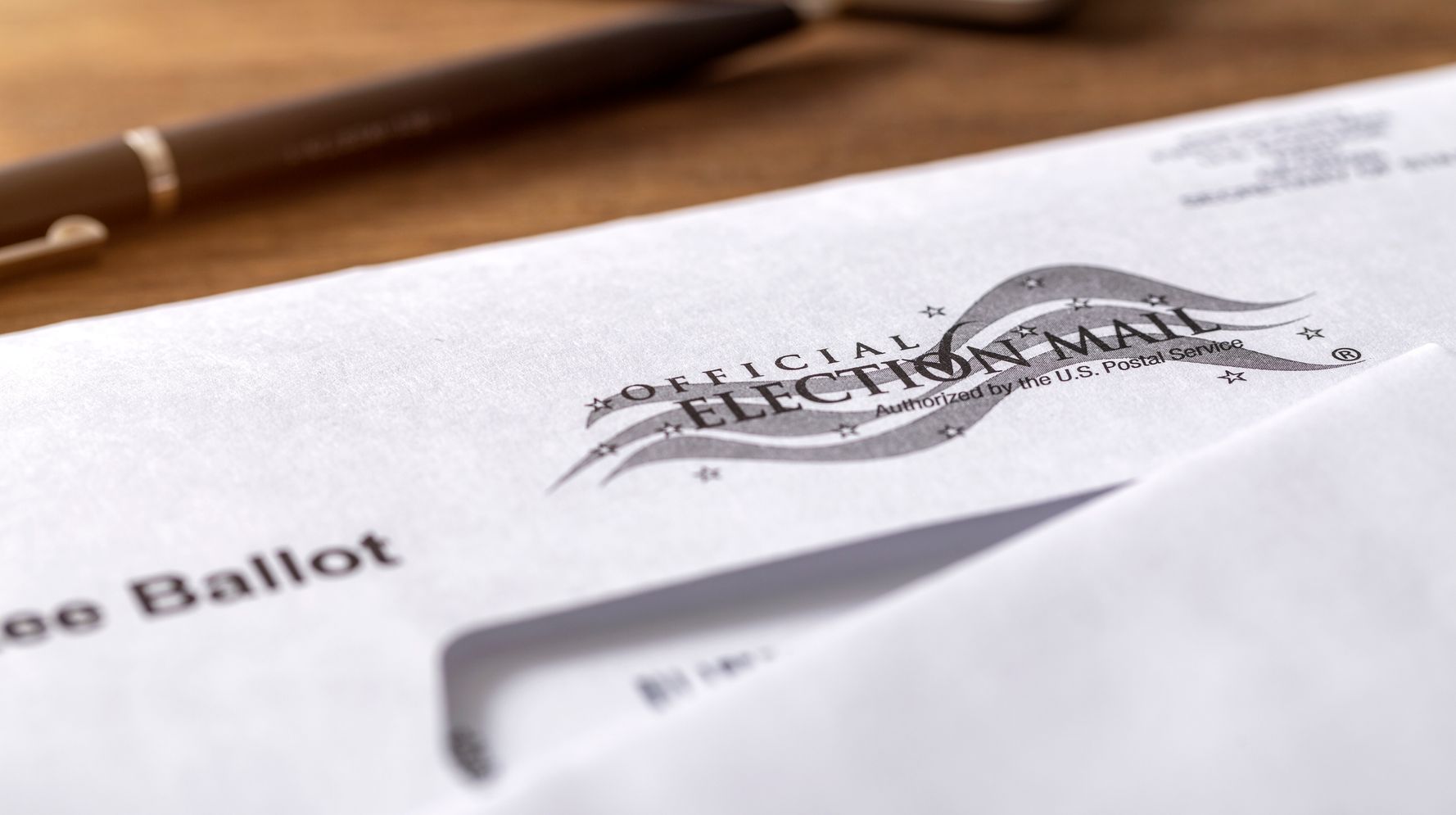 A coalition of groups whose work involves expanding voting access has filed a federal lawsuit against Georgiaâs elections chief in response to the stateâs new voting restrictions that include barriers to mail-in ballots.

VoteAmerica, the Voter Participation Center and the Center for Voter Information filed the suit on Wednesday against Georgia Secretary of State Brad Raffensperger in an effort to block the state from implementing new restrictions on how vote-by-mail applications can be distributed in the state.

The groups claim in the lawsuit that the restrictions are unconstitutional, saying that distributing vote-by-mail applications is a right of core political speech.

Georgiaâs Republican-controlled legislature passed SB 202 last month,Â which was signed into law by Republican Gov. Brian Kemp. The lawâs restrictions will create barriers to voting, particularly for people of color, rural residents and young voters, many of whom helped contribute to recent record turnout, flipping Georgia blue with votes for Democrat Joe Biden for president in November and for two Democrats as U.S. senators in January runoffs.

Republicans in favor of blocking voting accessibility, including Kemp, justified the law by claiming lawmakers want to prevent voter fraud. Former President Donald Trump spread the lie that he lost reelection because of widespread voter fraud, although Raffensperger was among those who debunked that claim.

âIn the 2020 general election and 2021 runoff elections, millions of Georgians requested, received and cast their votes by mail and even Secretary of State Raffensperger declared that both elections were conducted safely,â VoteAmerica founder Debra Cleaver said in a statement. âIt is painfully clear that the actual goal of SB 202 is to suppress minority votes.â

âIt disregards the voice and the will of Georgia voters who turned out in unprecedented numbers in 2020 and 2021,â she added. âIt ignores the objections of national voter protection, pro-democracy and civil rights groups. SB 202 is egregious, it perpetuates disinformation and it blatantly targets communities of color.â

Part of the changes in the new law, labeled âJim Crow 2.0â by critics, include a provision banning the secretary of state, county election officials and other government officials from directly sending out vote-by-mail applications unless a voter specifically asks for one. The law also bans anyone from helping a voter by pre-filling their information in a vote-by-mail application â an important tool that many online voter assistance platforms use to make absentee voting more accessible.

In addition, the new restrictions impose a $100 penalty for every duplicate application sent to a voter who has already requested, received or cast an absentee ballot. The law âmakes it virtually impossible to run vote-by-mail application programs that help Georgians cast their ballots,â said Tom Lopach, president of the nonpartisan Voter Participation Center and Center for Voter Information.

âThese new requirements are not only costly and burdensome on nonprofit organizations who work to encourage political participation and facilitate access to absentee voting for Georgians â in some cases they are impossible to comply with or would present such prohibitively expensive financial burdens that some groups â¦ may have no choice but to cease their operations in Georgia altogether,â the lawsuit states, adding that organizations whose missions focus on expanding voter participation through distributing absentee ballot applications are âan essential piece of our civic society.â

According to the groups, many Georgians rely on third-party organizations to provide them with the pre-filled and pre-printed absentee ballot applications that they can review and submit to their county election official without needing a broadband internet connection or access at home to a printer or scanner. This was especially the case during the height of the coronavirus pandemic, when Georgia voters cast a record 1,320,154 absentee ballots in the 2020 general election and a record 1,070,596 absentee ballots in the 2021 runoff races.

But the need to rely on such organizations still applies to Georgiaâs rural residents, young voters and communities of color, who often disproportionately donât have the resources to obtain and fill out an absentee ballot application on their own.

âGeorgiaâs recent election experience demonstrated the overwhelming support for election laws that allow voters to cast their ballot safely and freely, whether they live in a small town or big city, so that every voice is heard and elections in the state reflect the will of the voters,â said Paul Smith, vice president for litigation and strategy at Campaign Legal Center, which filed the lawsuit on behalf of the groups.

Several civil rights groups have already filed a lawsuit in Georgia challenging a list of provisions in the law â including the restrictions on absentee ballot applications. The lawsuit on Wednesday by three additional groups increases the pressure on Georgiaâs Republican officials to expand the vote-by-mail access they just blocked.

âAccording to the Arizona State University Cronkite School of Journalism, there have been only eight instances of voter fraud in Georgia since 2000 that resulted in a plea, consent order, or conviction â a negligible rate of fraud in absentee voting totaling 0.00003%.â